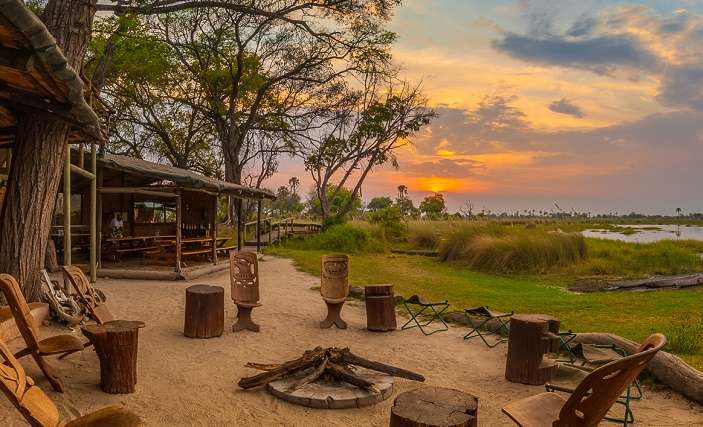 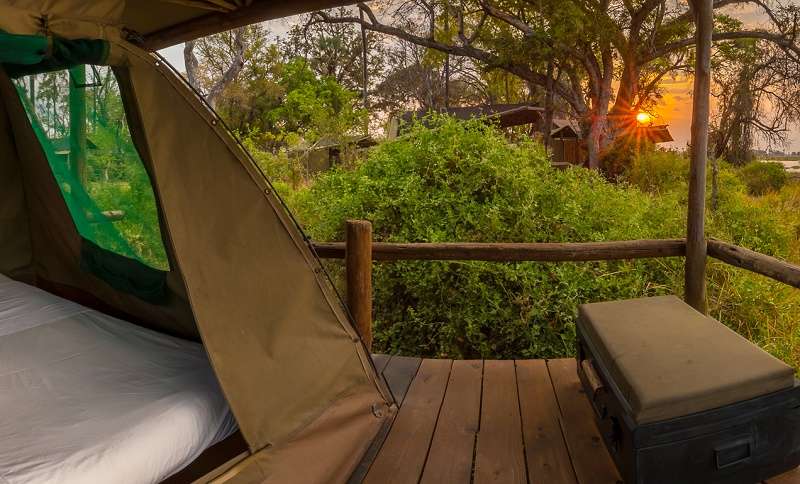 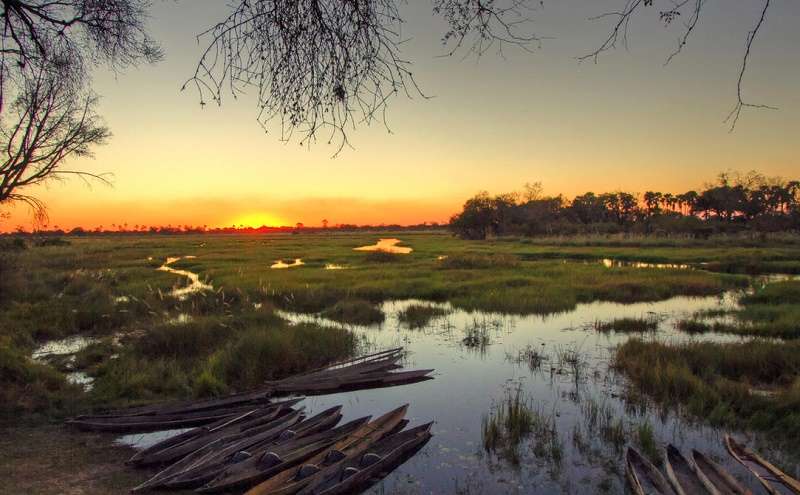 Experience Botswana during this guided 6 Day Safari Tour by camping in the heart of the Okavango Delta, by exploring the magnificent Savuti Marsh in Chobe and by enjoying a guided walking safari on Chiefʼs Island.

Upon arrival in Maun, travellers are met and guided to the light aircraft for the onwards air transfer to Oddballs’ and the Mokoro Trail. At the Oddballs Camp in Botswana, a raised viewing deck overlooks the breathtaking Okavango Delta which is the ideal location from which to watch the sunset over the palms and also to admire the wildlife passing by. The camp's dining room affords great vistas across the Boro Channel to Chief’s Island and the Moremi Game Reserve making for a magnificent setting.

Guests embark on a two-night adventure on mokoro deep into Chief’s Island where they explore this vast and remote region of Southern Africa. Travellers spend their first and last nights at the Oddballs Camp and two nights on the Mokoro Trail.

After a delicious breakfast at the Oddballs Camp, guests depart by light aircraft to Camp Savuti. The Savuti Marsh, which is fed by the Savuti Channel, has become one of the world’s best predator viewing areas. It is home to one of the highest concentrations of wildlife on the African continent.

The Camp Savuti in Botswana is a small safari camp featuring five Meru tents which accommodate a maximum of 10 guests in comfort and style. The tents have been located on the grounds to ensure privacy and exclusivity throughout the camp. Each of the tents is beautifully set on a deck from where great views over the Savuti Channel can be admired. Morning and afternoon safari drives through the park and along the fringes of the Channel and Marsh offer unbeatable wildlife viewing.

On day 6 of this guided tour through Botswana, travellers enjoy an early morning safari, after which breakfast is served. Guests depart the Camp Savuti with a light aircraft to Maun for their onward journey.

Highlights of the Tour:

The contact numbers to make a reservation at Botswana Tour 6 Day Adventurous Safari are:

Where about is Botswana Tour 6 Day Adventurous Safari located?