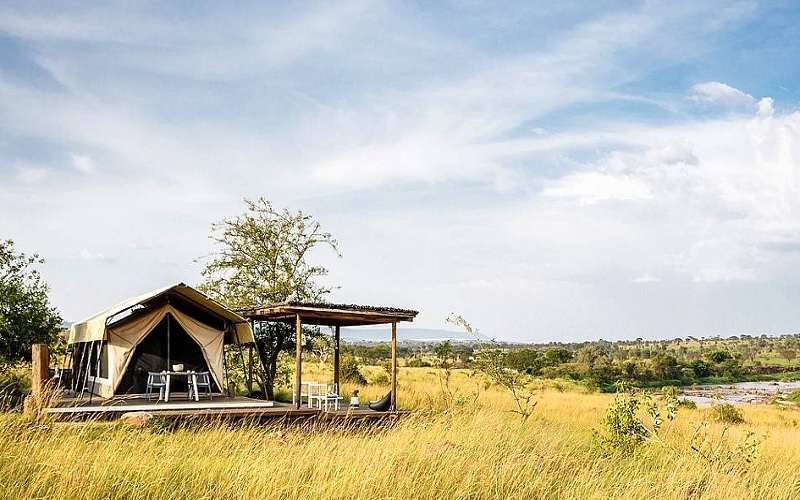 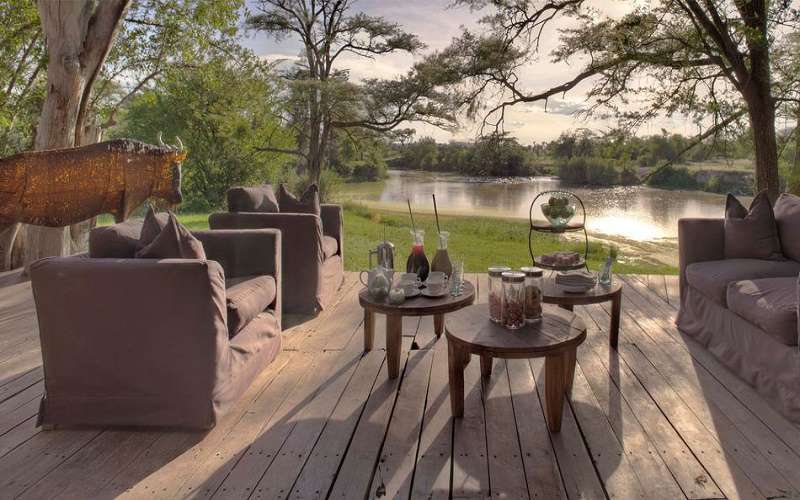 ★ ★ ★ ★ ★
6 Reviews
&Beyond Grumeti Serengeti tented camp with its 12 tents in the north-western part of the forgotten part of Tanzania. With its vast grasslands and excellent wildlife sightings on the
BOOK
ADDRESS: Serengeti ★ ★ ★ ★ ★
6 Reviews
The luxurious safari tents at Serengeti Under Canvas move around within the Serengeti National Park, Tanzania, to maximise the wildlife viewing experience. On wide open Savannah under
BOOK
ADDRESS: Serengeti ★ ★ ★ ★ ★
5 Reviews
Enjoy great savings up to 15% per person per night off the published rates for bookings with more than 3 nights at a combination of andBeyond Tanzania safari lodge and camps. To book the
BOOK
ADDRESS: Serengeti, Serengeti National Park, Tanzania 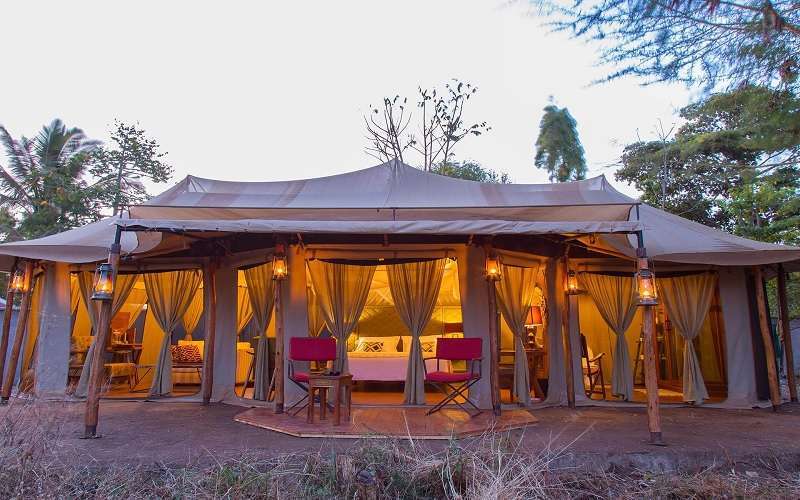 ★ ★ ★ ★
7 Reviews
The tented Ehlane Plains Camp in East Africa is set in the eastern region of the wildlife-rich Serengeti of Tanzania. This region of Tanzania is characterized by the vast plains of the
BOOK
ADDRESS: Serengeti Family Safari - A week of exclusive camps Serengeti and Selous 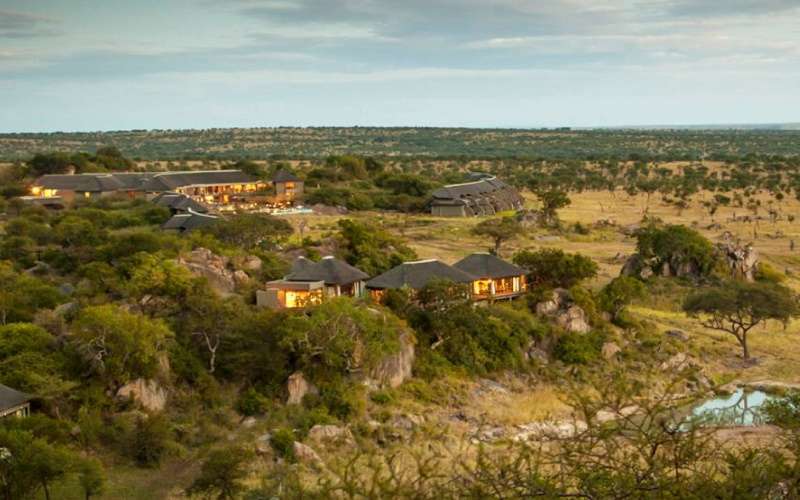 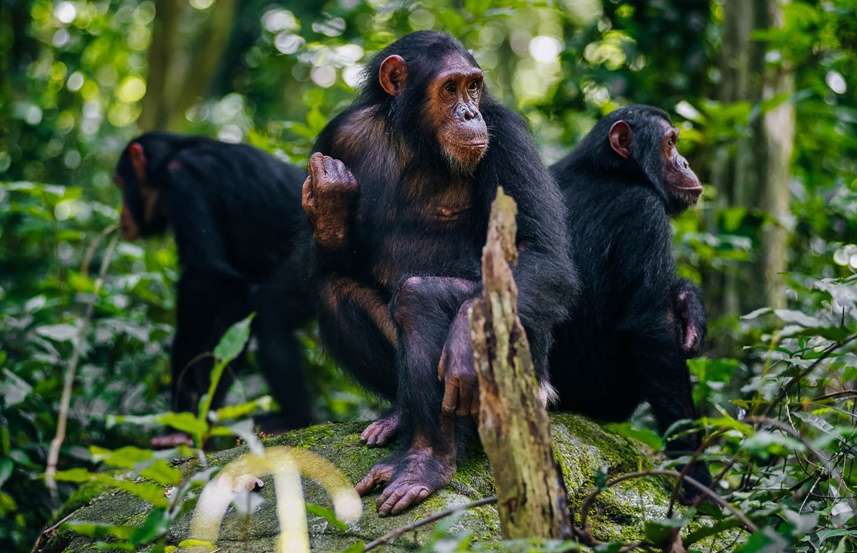 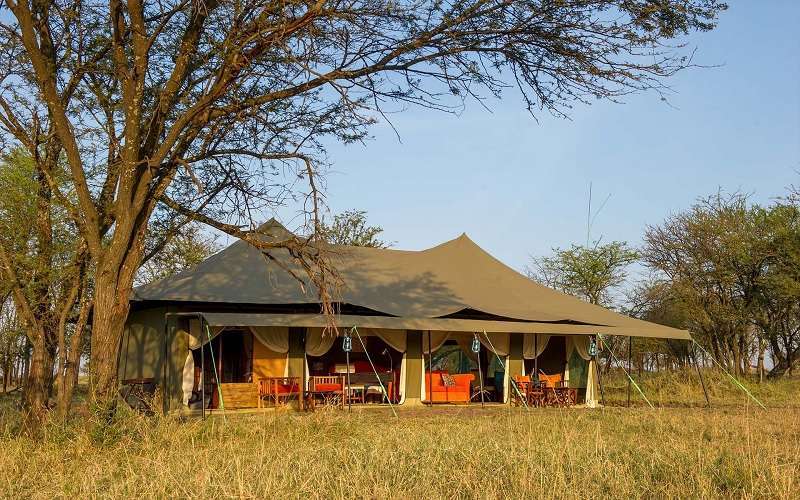 ★ ★ ★ ★
6 Reviews
The Kirawira Serena Camp Serengeti is located adjacent to the western corridor of the wildlife-rich Serengeti National Park in Tanzania, East Africa, where the annual migration of wildebeest
BOOK
ADDRESS: Western Serengeti ★ ★ ★ ★
6 Reviews
Kusini Kopjes Kambi is located on an ancient hill in the southern region of the Serengeti in Tanzania, East Africa, its twelve tented suites include one honeymoon suite. The kopjes in
BOOK
ADDRESS: Kusini, Serengeti 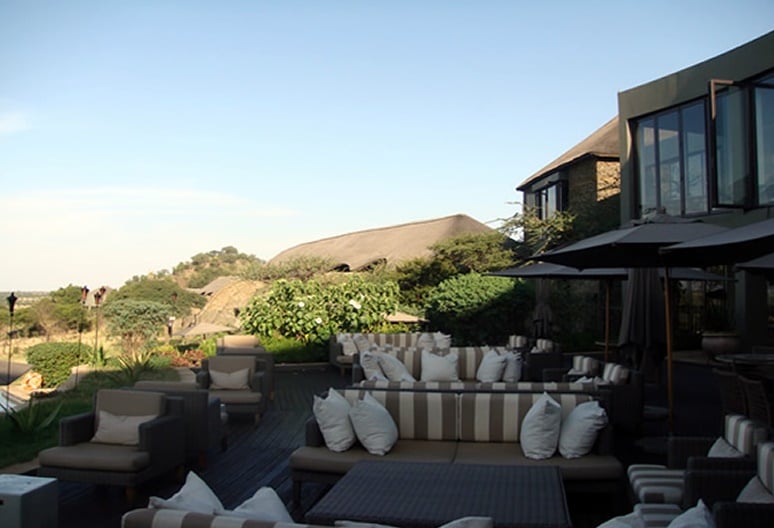 ★ ★ ★ ★
4 Reviews
The Mbuzi Mawe Tented Camp is located in the Serengeti National Park, Tanzania, about 335 km away from Arusha. This tented camp by Serena Hotels nestles in a region called 'Mbuzi Mawe'
BOOK
ADDRESS: Serengeti 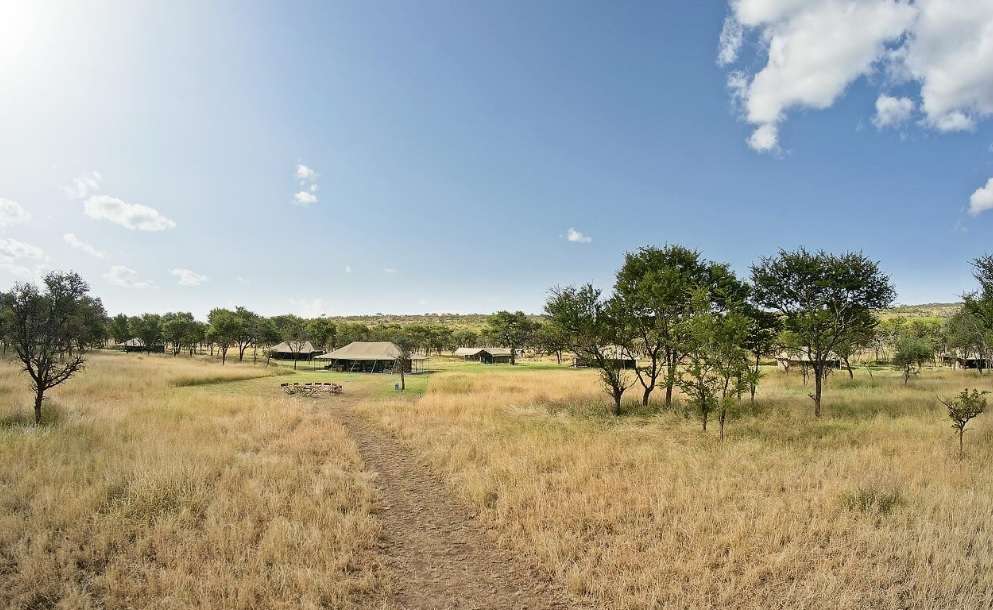 ★ ★ ★ ★
6 Reviews
The Naona Moru Camp is situated in the southern region of the wildlife-rich Serengeti of Tanzania, East Africa, featuring ten tented suites including one honeymoon suite. Set on a beautiful
BOOK
ADDRESS: Bariadi

The Serengeti reserve is a region in East Africa. It is in northern Tanzania and extends into South-Western Kenya. It is about Thirty Thousand square kilometres. On the Kenyan side, it is called the Maasai Mara. The governments of Tanzania & Kenya maintain the conservation area of about 85 % of the area.

Serengeti home to the largest land mammal migration in the world, making it one of the Natural Wonders & one of natural travel wonders of the world. The biggest migration of mammal is bats in Zambia just out of interest.

The area is also renowned for its healthy lion population and one of the greatest places to observe them in their natural environment. The region includes the Serengeti National Park in Tanzania and several game reserves.

Approximately 69 mammals and 482 birds types are found there. This variety has come about because of varied habitats such as wetlands, grasslands, forest and mountains. Wildebeests, buck, zebras, and buffalos make up a large part of the animal population. The land gets its name from the Maasai meaning Endless Plains.

The Maasai are known as warrior spirit and live in the area tending their livestock.

Every year around the same time, the wildebeest migration begins in the Ngorongoro Area in the southern Serengeti and loops in a clockwise direction through the Serengeti National Park and north towards the Masai Mara in Kenya and comes about by the availability of grass. The first movement happens from January to March when the babies are born a time abundance in grasslands and first 260,000 zebras then about 1.6 million wildebeest followed by approximately half million other grazers.

In February, wildebeest spend their time in the southern grass plains and give birth to about half million calves in a 3-weeks period. The rains end in May,  and the movement starts north into the Grumeti River area and stays until early July. The wildebeest cross of the Grumeti & Mara rivers is in July and a traditional safari spectacle. The herds move into Kenya and wait until rain in November and then move South again covering over 820 km back to the calving grounds.

The Serengeti is also famous for its abundant large predators. The reserve is home to 3,200 lions, 1,010 leopards and 7,699 spotted hyenas. It is worth noting that wild dogs are relatively scarce in much of the Serengeti. The Serengeti is also home to a diversity of grazers, including African buffalo, warthogs, Grant's gazelle, eland, waterbuck. The reserve can support this remarkable variety of grazers only because of each species, even those that are closely related, have a diverse diet.

The Ngorongoro Conservation is in the southern highlands and soil is fertile thanks, volcanic eruptions from Ol Doinyo Lengai. About 80k towards the West is the begins the Thorn tree Acacia veld. Then as you move further north, you broad-leaved forest, and near Lake Victoria you get wetlands.

Serengeti altitude varies from 900 to 1900 metres with mean temperatures ranging from 16 to 26 °C. The climate is warm, dry and rainfall occurs from March to May, and then again October and November. The Serengeti plain has granite outcrops as a result of the volcanic activity of the rift valley and visitors may see Simba Kopje the setting for Disney feature film Lion King. The area has the Ngorongoro Conservation Area, which comprises Ngorongoro Crater and the Olduvai Gorge, where some of the earliest hominin fossils.

How big is the Serengeti?

The Serengeti is over Fourteen and a half thousand kilometres in size making it vast. To give you an idea it is about a third of the size of Switzerland.

When is the annual Wildebeest Migration?

The migration is determined the annual rainfall however the best time is June and July. The Wildebeest are in the northern Serengeti, and you have the opportunity of seeing thousands crossing the great Mara River.

Where is the Serengeti?

The Serengeti in Tanzania on the northern border with Kenya. The Kenyan side of the park is called the Masai Mara.

When is the best time to visit the Serengeti?

The best time to visit the Serengeti is in Winter which is the dry period mid-year.

Which airports are in the Serengeti?

Kilimanjaro International Airport (JRO) which is 46km or 30 miles from the main town of Arusha which is the most often used as the gateway city to a safari in the area.

When is the average summer temperature in Serengeti?

Average high 28 degrees and an avergae low of 15 degrees. 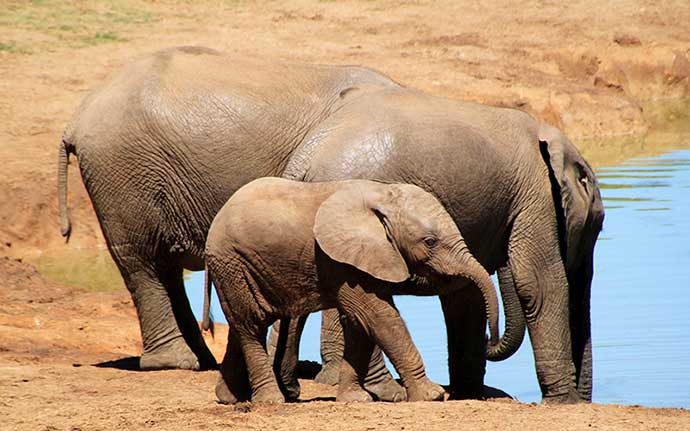 Experience the bush first hand with our range of safaris and packages available for the Serengeti National Park area.