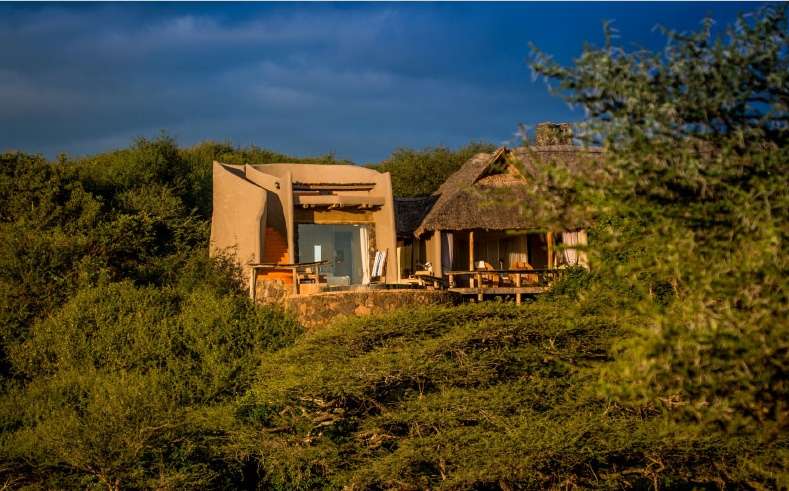 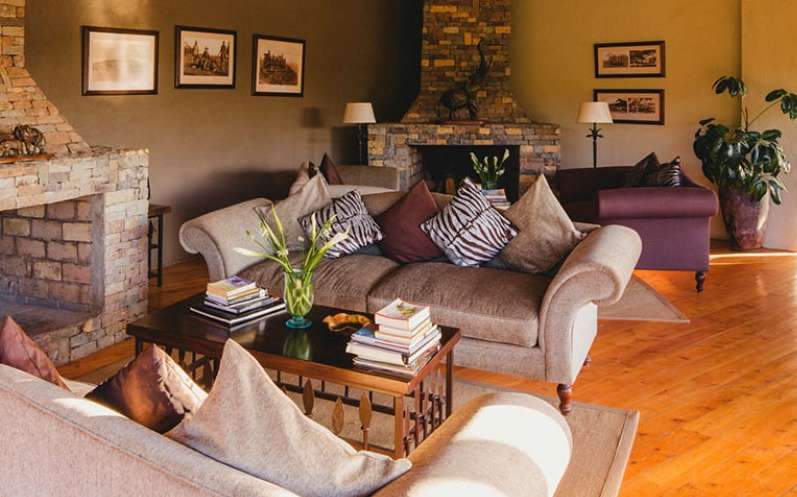 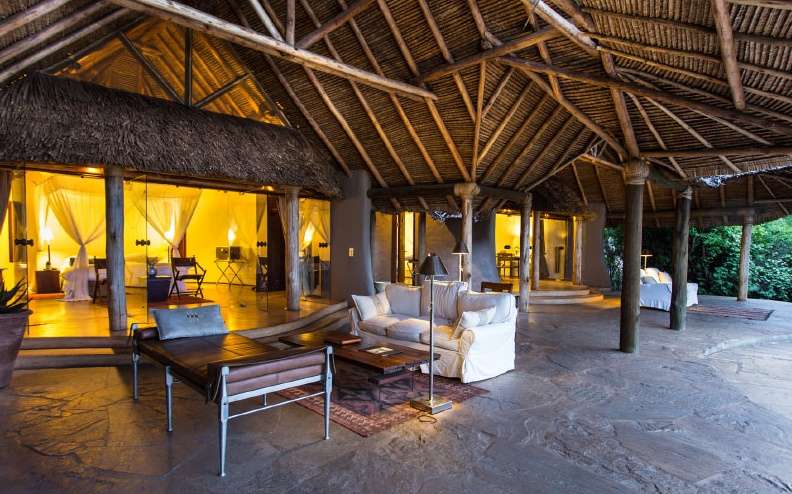 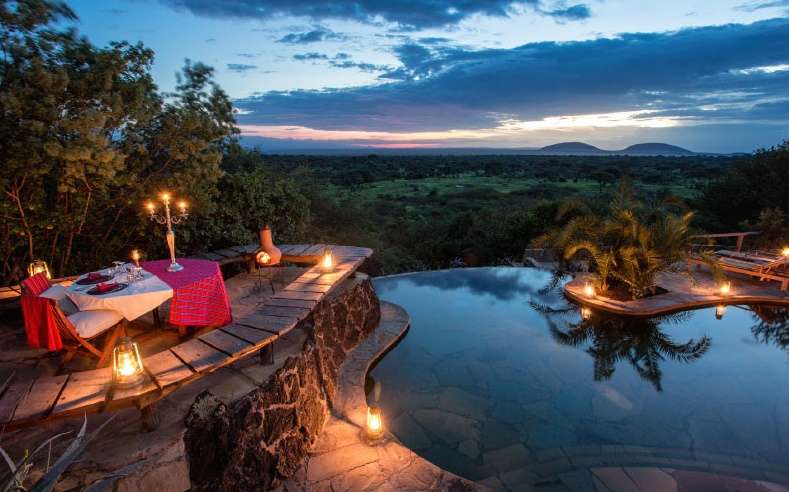 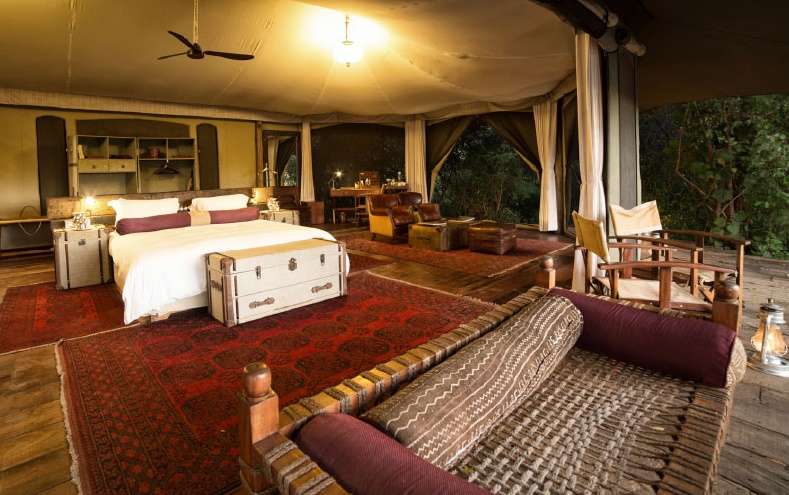 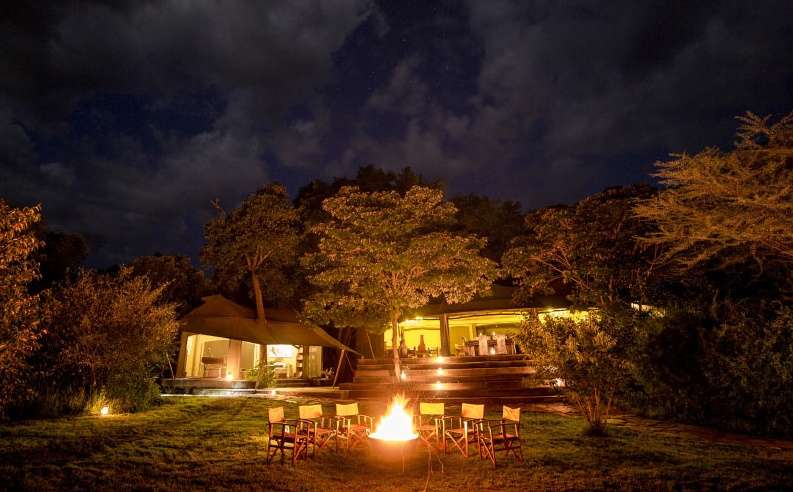 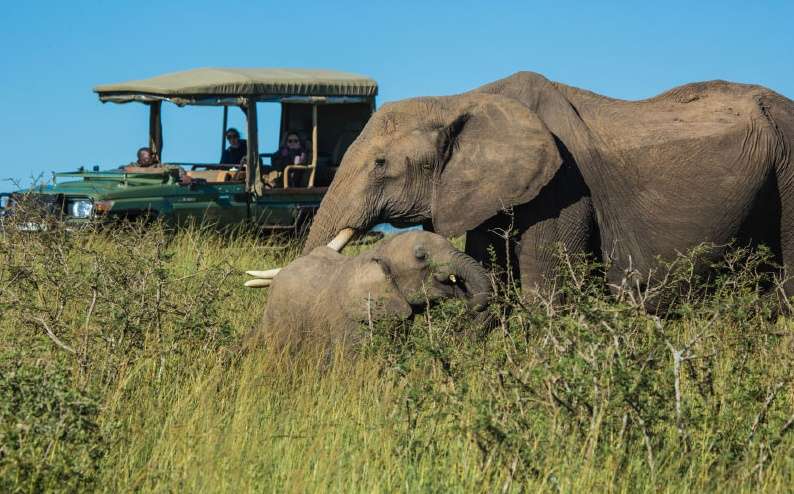 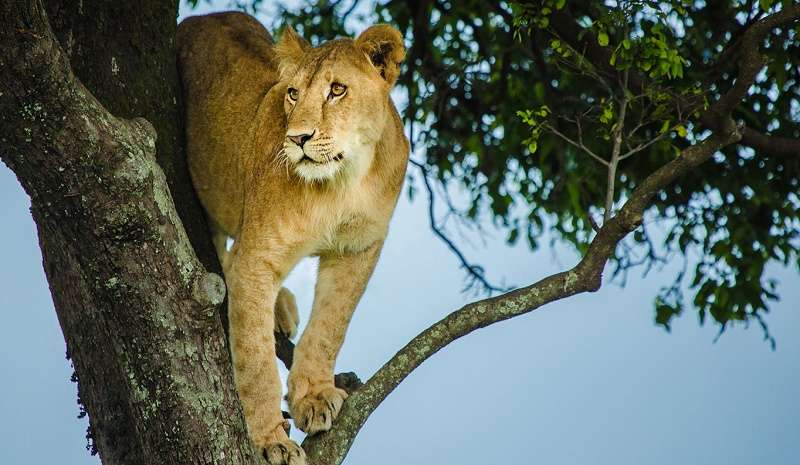 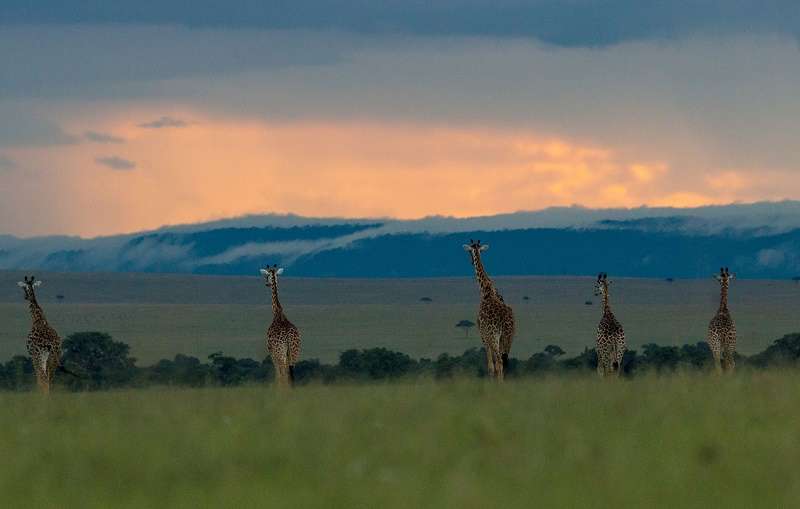 Explore the most breathtaking regions of Kenya during the fully inclusive, guided 8-day tour which includes a stay at The Emakoko bordering the Nairobi National Park, at Ol Donyo Lodge which nestles in the Chyulu Hills National Park as well as at the Mara Plains Camp in the Olare Motorogi Conservancy of the Maasai Mara.

Guests are accommodated for one night at The Emakoko which is located at the border to the Nairobi National Park. The rooms provide views over the river and into the national park.

The Chyulu Hills National Park was established between the Amboseli and Tsavo West National Parks providing a magical region of open grass plains and tree-covered rolling green with the mighty Mount Kilimanjaro as a backdrop.

The Ol Donyo Lodge nestles on the Maasai-owned Mbirikani Group Ranch bordering the Chyulu Hills National Park. With its incredibly diverse landscapes, the habitats offer a great variety of wildlife. Guests have the choices to participate in different activities such as safari drives, cultural visits, hiking, horseback riding and mountain biking.

Being one of Africa's most famous game reserves, the Maasai Mara in Kenya offers safari enthusiasts an unbeatable wildlife experience. A large pride of lions, elephants and giraffes in its vast grasslands, completed by gazelles and eland to mention but a few make for great sightings during the open safari drive vehicle safaris as well as the guided walking safaris. Activities which further enhance a stay in the Mara is a thrilling hot-air ballooning over the plains as well as a horseback safari.

The Mara Plains Camp seven luxury tents and enjoys a magnificent location in the private 35,000-acre Olare Motorogi Conservancy. It is set on the northern boundary of the Maasai Mara National Reserve. Mara Plains also provides exciting walking safaris besides the day and night safari drives.

Contact us to check availability for your preferred dates and to receive our fully inclusive, best available rates for this unforgettable safari journey through Kenya.

FAQs about Safari Tour: 8 Days The Best of Kenya Tour

The contact numbers to make a reservation at Safari Tour: 8 Days The Best of Kenya Tour are:

Where about is Safari Tour: 8 Days The Best of Kenya Tour located?

Specials currenty available at the Safari Tour: 8 Days The Best of Kenya Tour.