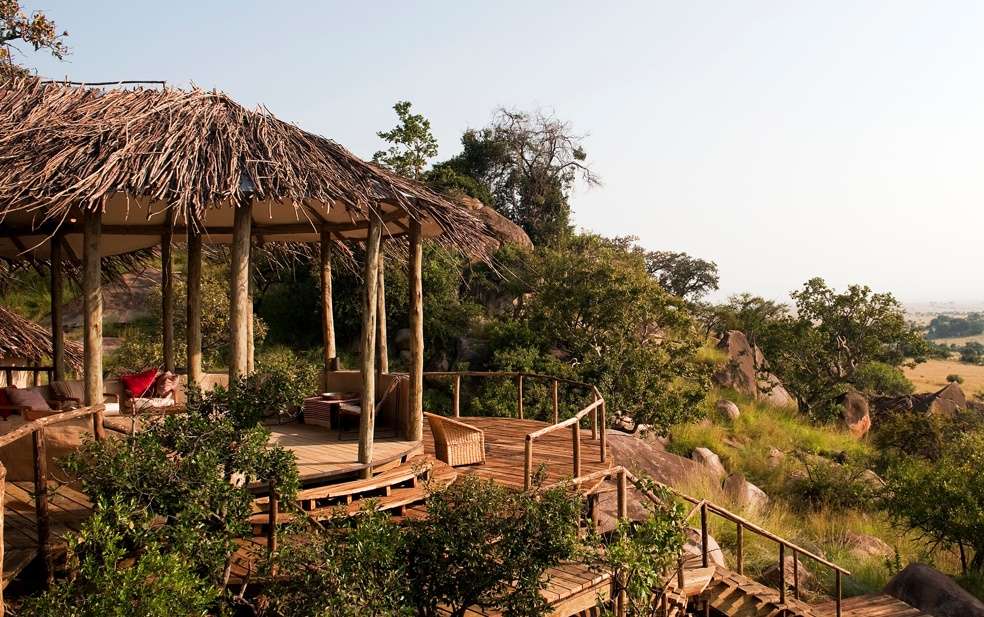 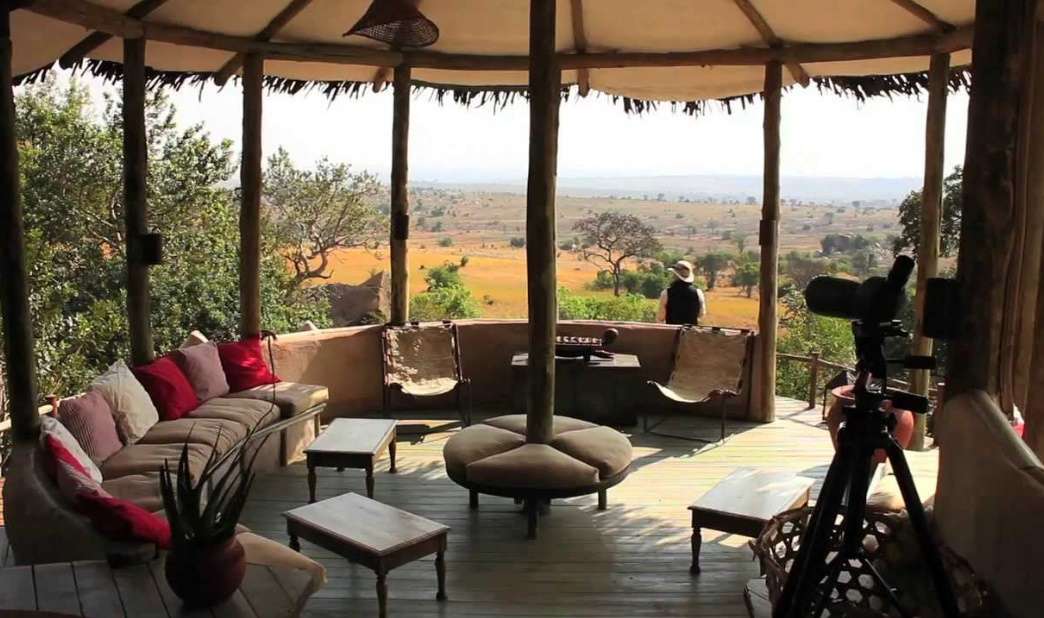 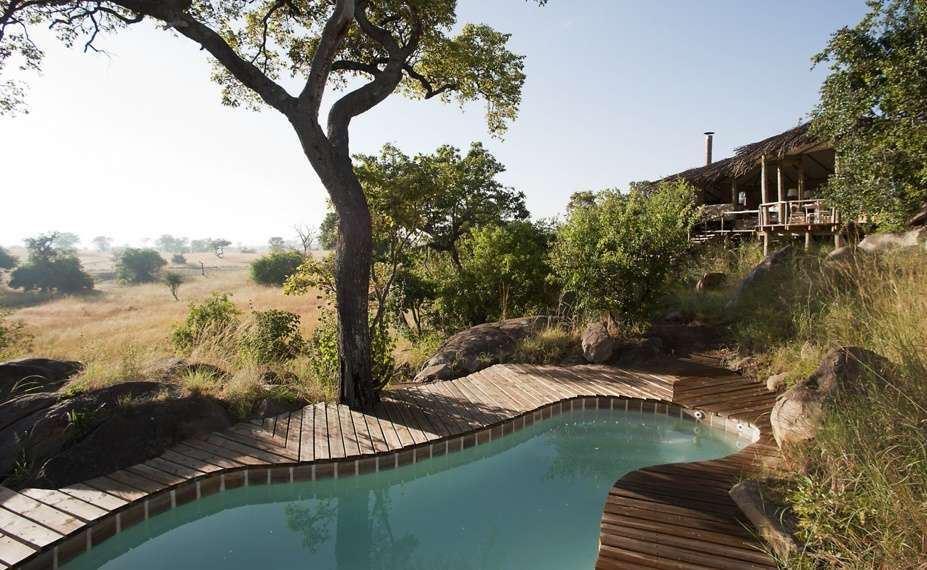 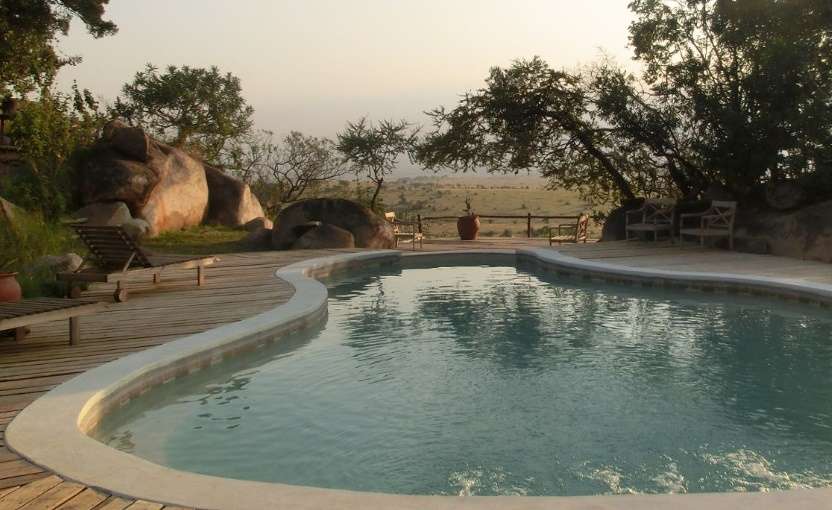 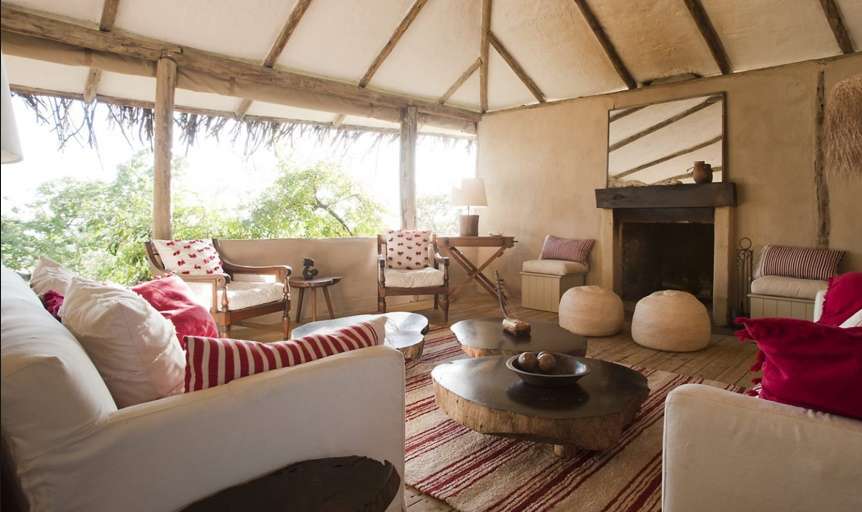 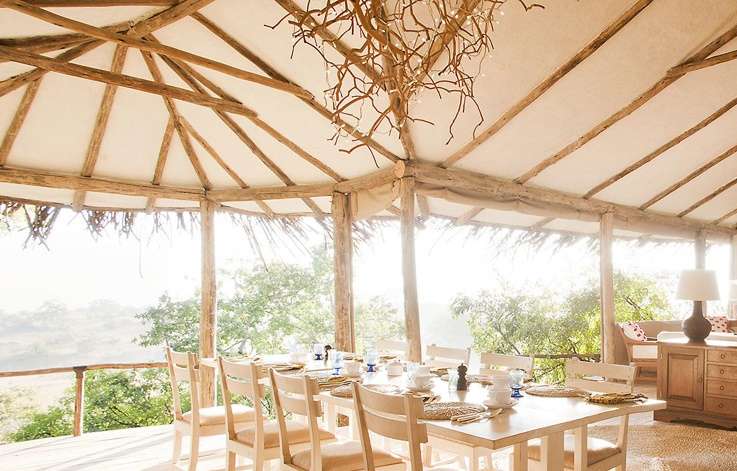 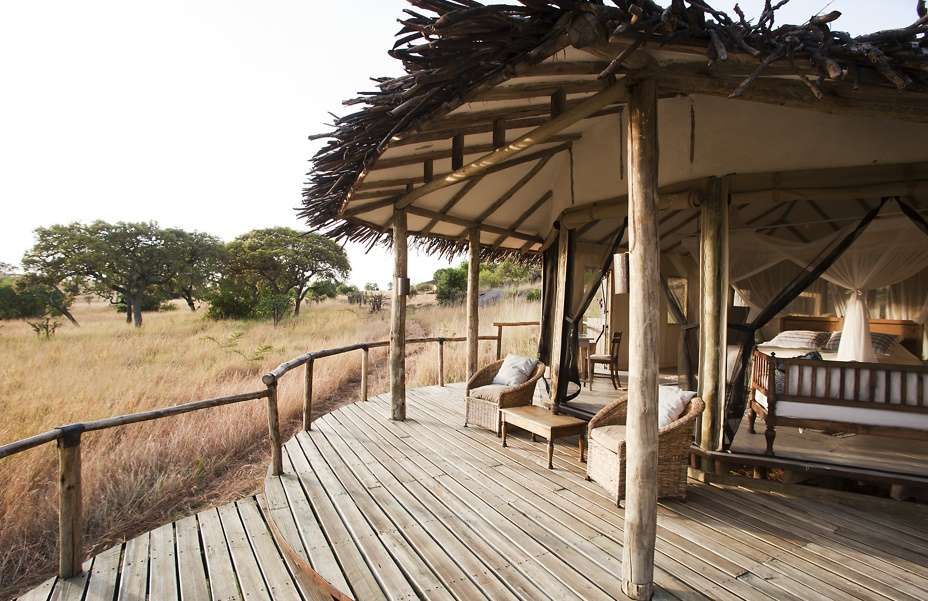 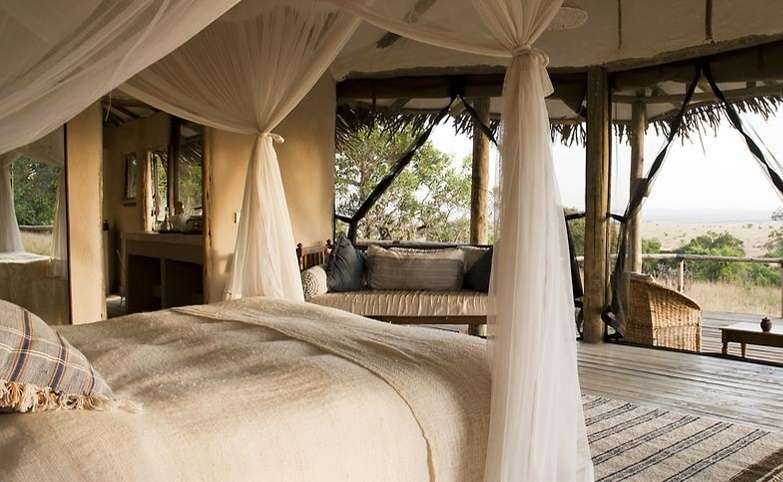 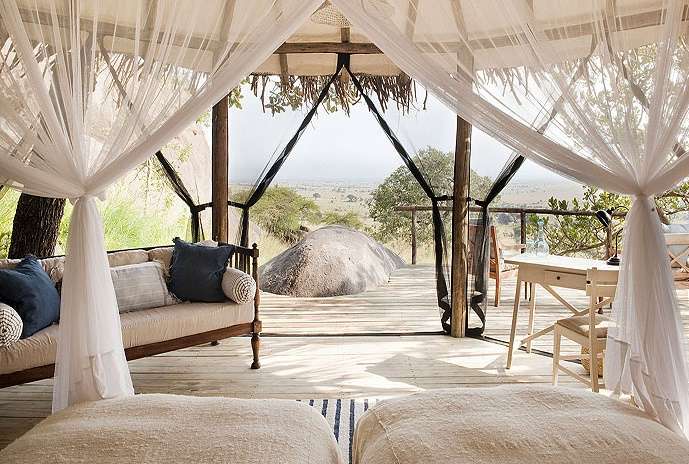 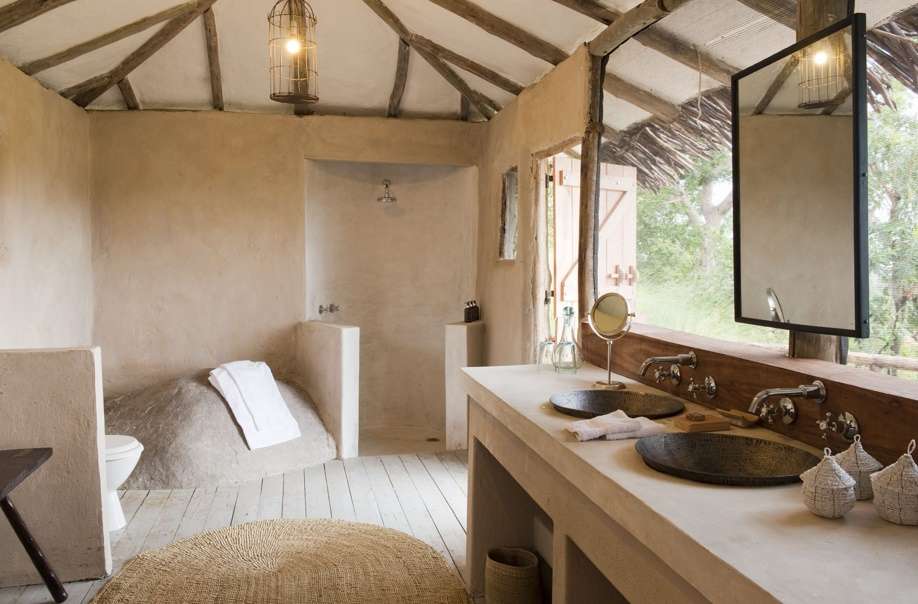 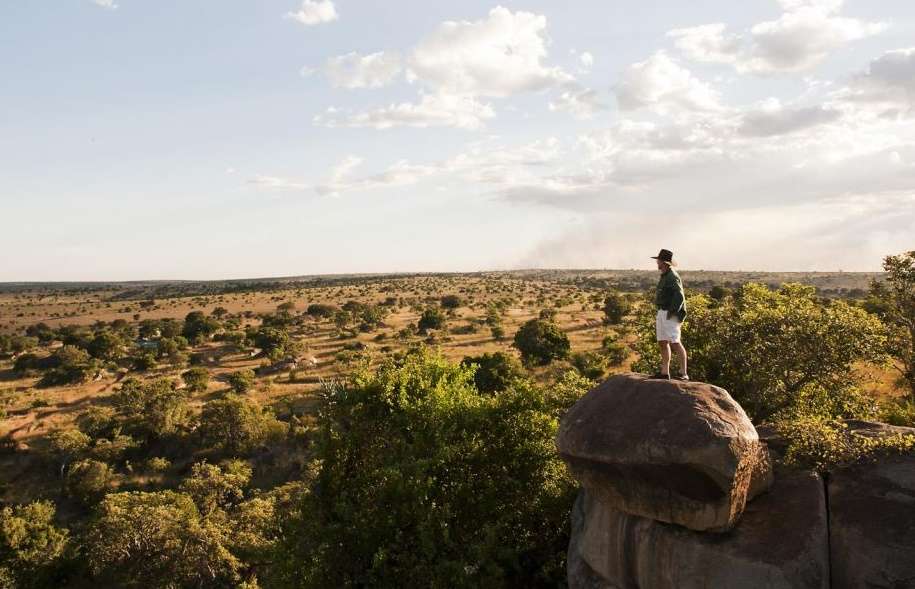 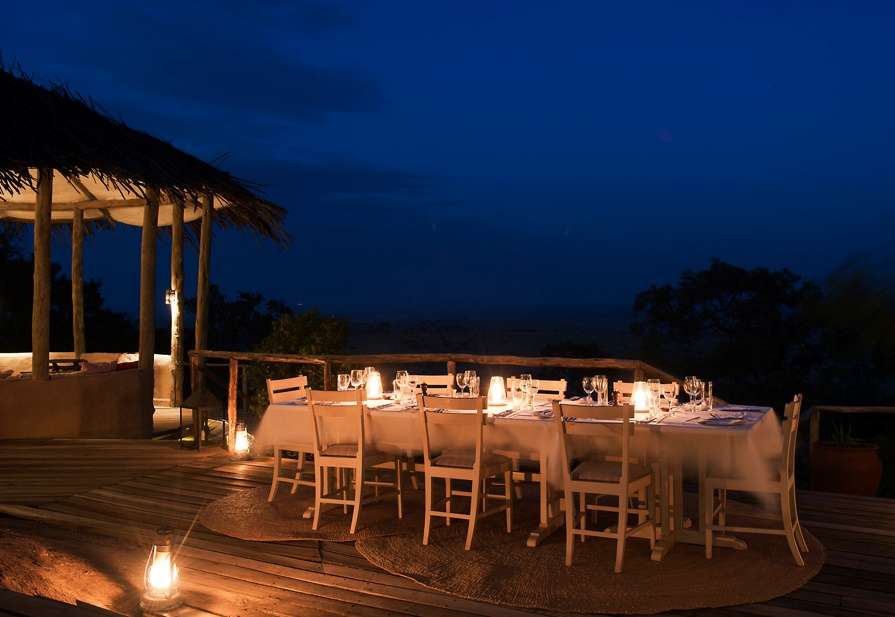 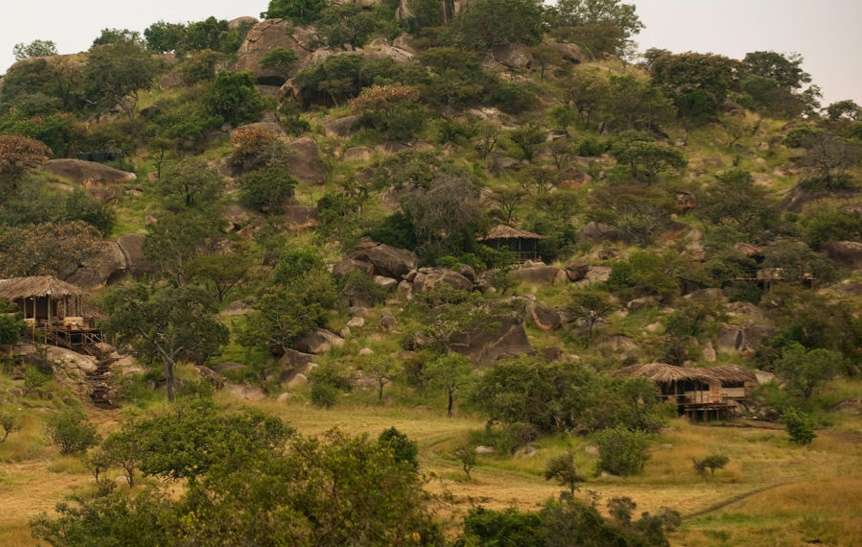 This Lamai Serengeti Safari Camp permanent lodge in Tanzania nestles only a few miles away from where the wildebeest cross the Mara River.

It is at this location where for about one quarter of the year, between late July and October, where the magnificent wildlife migration takes place. The Lamai Serengeti is amongst the rocks of Kogakuria Kopje in the remote far northern sector of the Serengeti National Park affording beautiful views of the untamed wilderness.

The rooms consist of a unique combination of canvas, plaster and natural poles which has a limited impact on the surrounding environment and blends in perfectly into the natural beauty of this African wilderness. Designed to maximise the magnificent views, the rooms offer guests a welcoming retreat where to relax in between wildlife activities.

The migration passes the Lamai Serengeti Camp between July and October every year making it a fantastic wildlife viewing destination in East Africa. Throughout the year, the lodge makes use of their 4x4 safari vehicles to explore the area, both south of the Mara River and to the north.

When the grass is low enough to make walking safe, guests may embark on an adventurous walking safari through the bushveld.

The Northern Serengeti in Tanzania, East Africa, is characterised by lush, rolling grassland and beautifully tree-lined watercourses around the Serengeti migration circulates During the dry season, the herds of animals stay along the river banks of the Mara River, where one can observe the crossings and pass by the crocodiles. But in this region of Tanzania, it is not all about the migration.

Unlike the southern Serengeti plains which dry out, this region where Lamai Serengeti is located stays lush and green. The resident game around the lodge is spectacular where plains game such as zebra, gazelles, impala, buffalo and giraffe can be admired throughout the year.

The contact numbers to make a reservation at Lamai Serengeti are:

Where about is Lamai Serengeti located?

Lamai Serengeti is located at the following location / address: Serengeti.