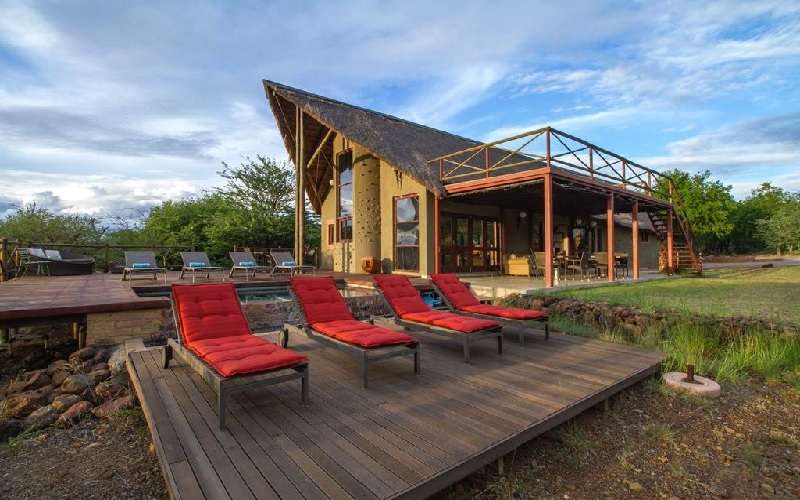 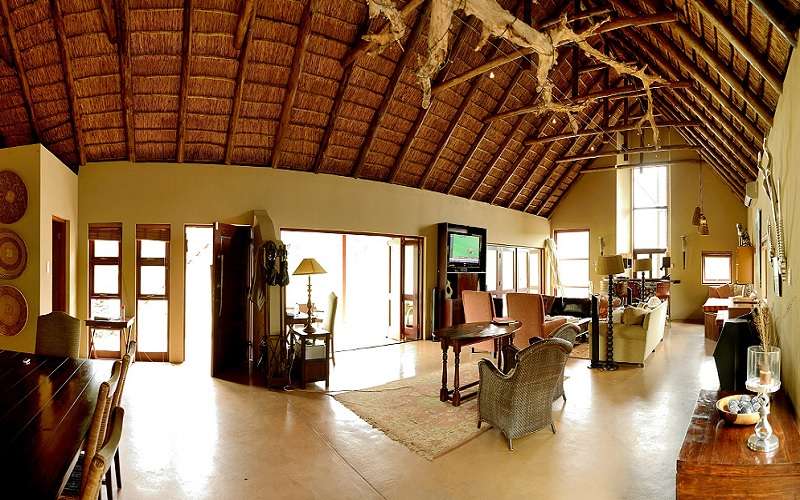 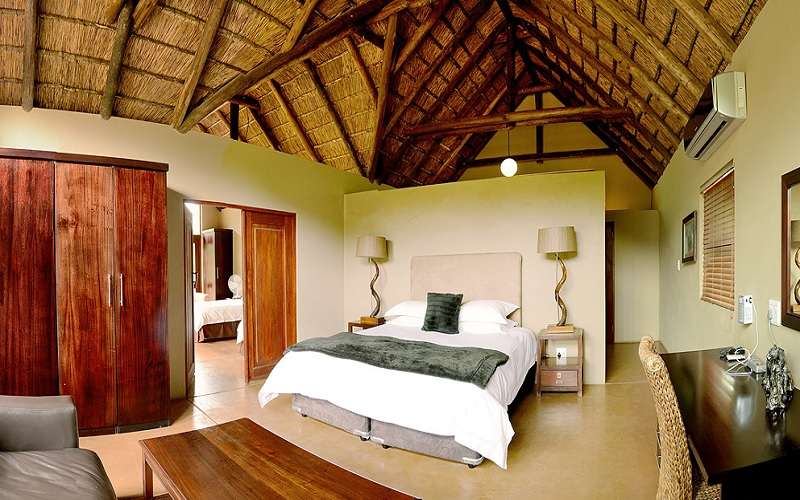 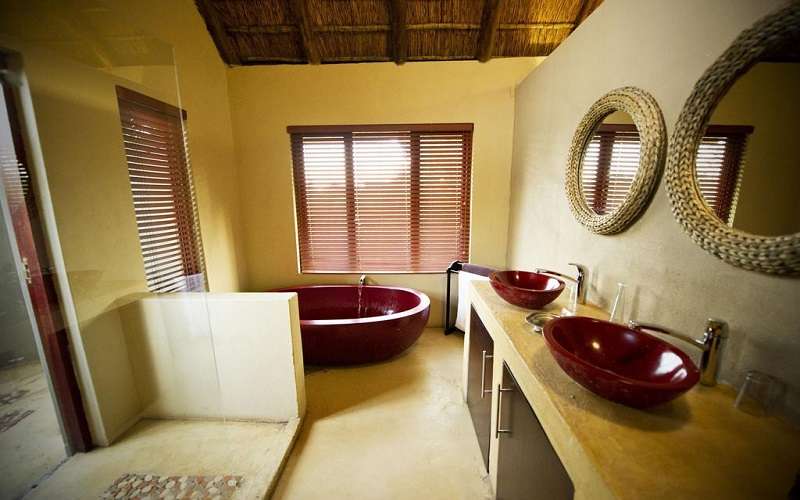 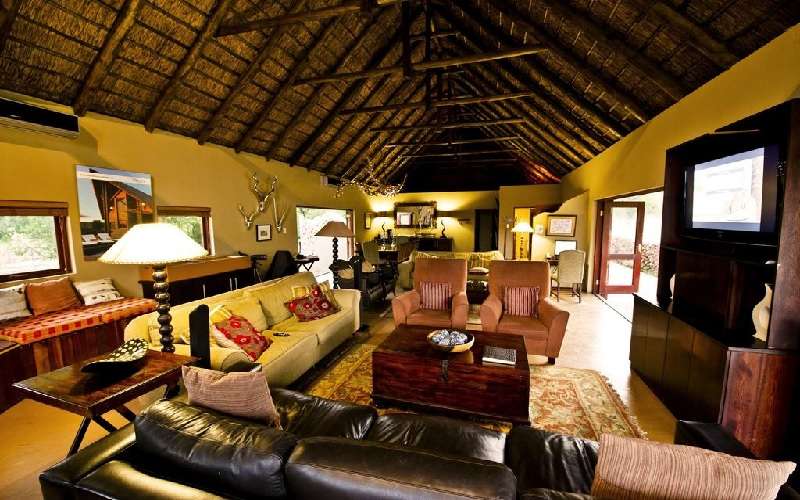 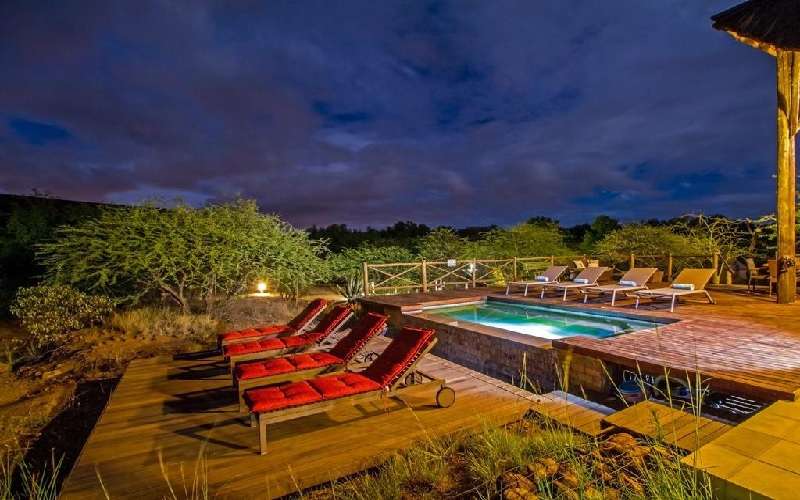 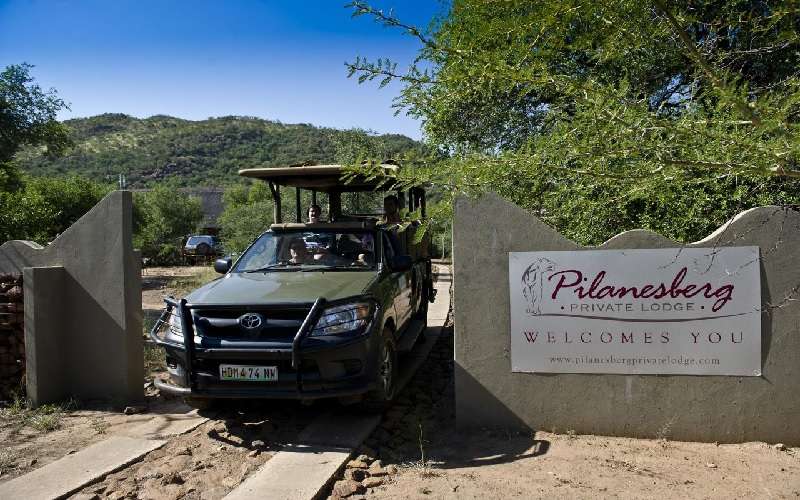 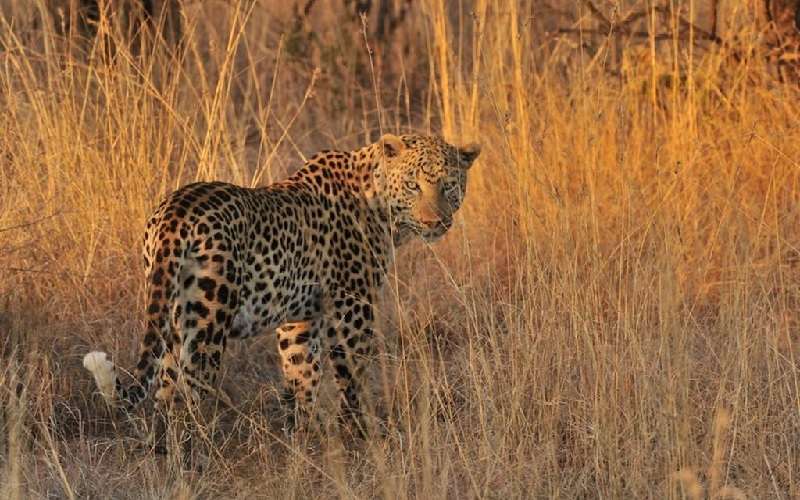 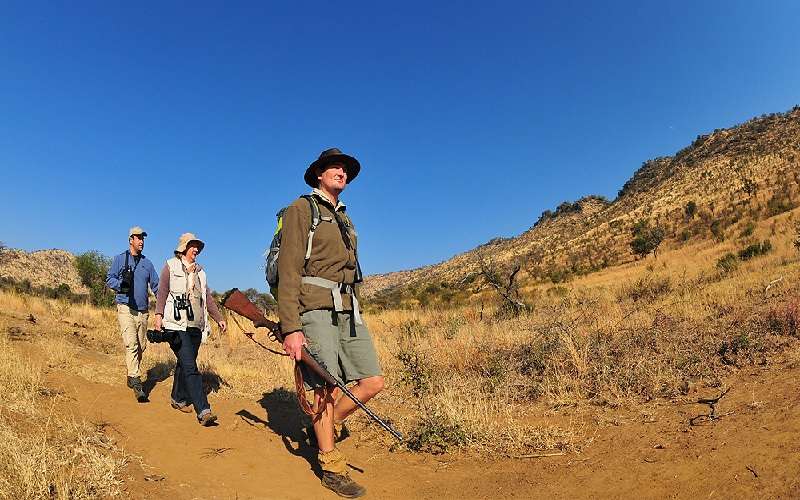 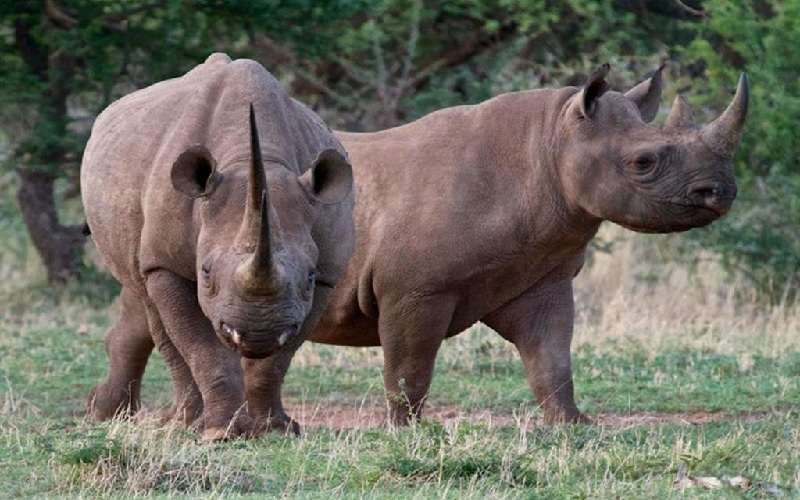 The Pilanesberg Private Lodge is only a two hours drive from Pretoria and Johannesburg and 22 minutes from the famous Sun City Resort; this Private Lodge makes for a suitable safari lodge accommodation option.

The Pilanesberg Lodge is only a two hours drive from Pretoria and Johannesburg and 22 minutes from the famous Sun City Resort; this Private Lodge makes for a suitable safari lodge accommodation option.

The lodge is an excellent safari retreat located at the foot of the scenic Pilanesberg mountains in South Africa's North West province.

This safari lodge enjoys a prime wildlife position in the 'Big Five', malaria-free Pilanesberg National Park wilderness region which was previously not accessible to visitors. This wilderness retreat is in the Black Rhino Game Reserve.

Featuring five chalets all of which are connected by bridges and paved pathways to the main lodge are available at the Lodge. The safari-style cottages are named Tambotie, Leopard, Shepherds Tree, Elephant, and Rhino.

The Lodge enjoys traversing rights across the Greater Pilanesberg National Park in its open game vehicle. The vegetation found here is predominantly sweet veld and compliments the sourced and mixed veld of the park itself. The mighty buffalo is regularly encountered as these have made their home in the most remote regions of the park which are not accessible to the public.

Due to a large number of Tambotie trees found in reserve, the bad-tempered Black rhino is home here. The reserve is entered exclusively through the lodge's private entrance gate on the western side of the sanctuary.

The Black Rhino Reserve is home to the 'Big Five' including the lion, white and black rhino, leopard, buffalo, and elephant. Cheetahs and wild dogs, as well as antelope species such as sable, tsessebe, eland, gemsbok, and springbok, can also be encountered on the safari drives or walking safaris. Birdwatching in the Black Rhino Reserve is also a bird watcher paradise as over 354 bird species have been recorded here.

Nearby Attractions and Activities

The contact numbers to make a reservation at Pilanesberg Private Lodge are:

Where about is Pilanesberg Private Lodge located?

It was beautiful here - we loved the lodge and thebush. One activity which I really recommend is the Walking Safari. It gives one such a different feeling and insight into the wilderness. Truly amazing experience.