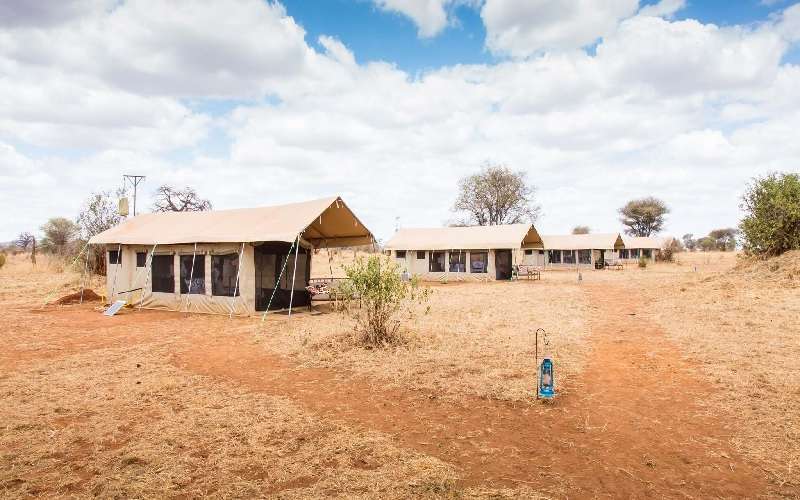 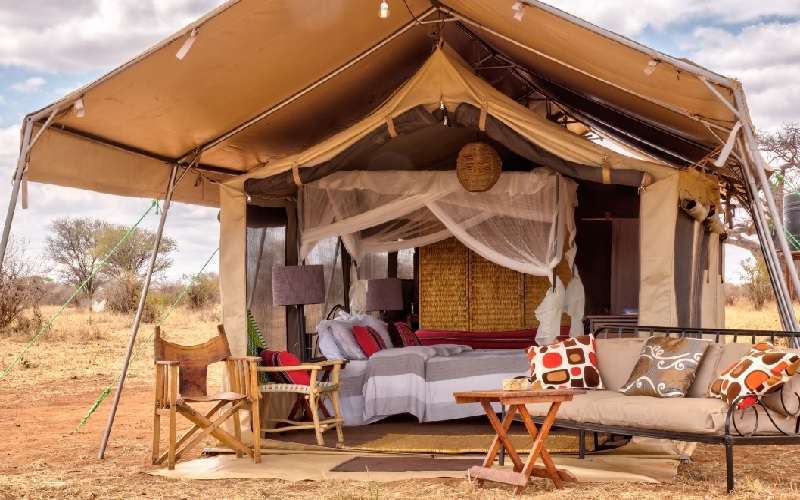 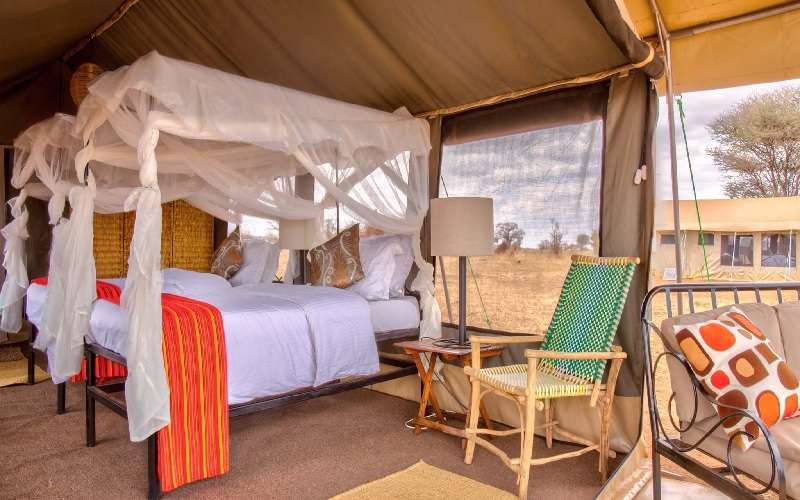 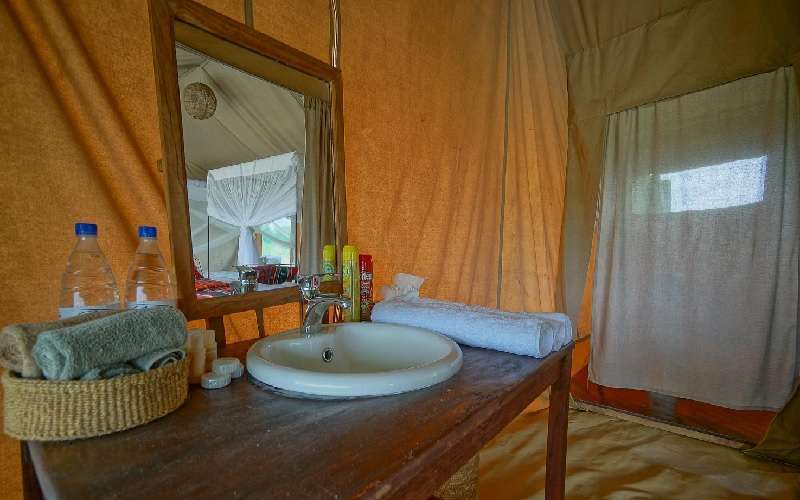 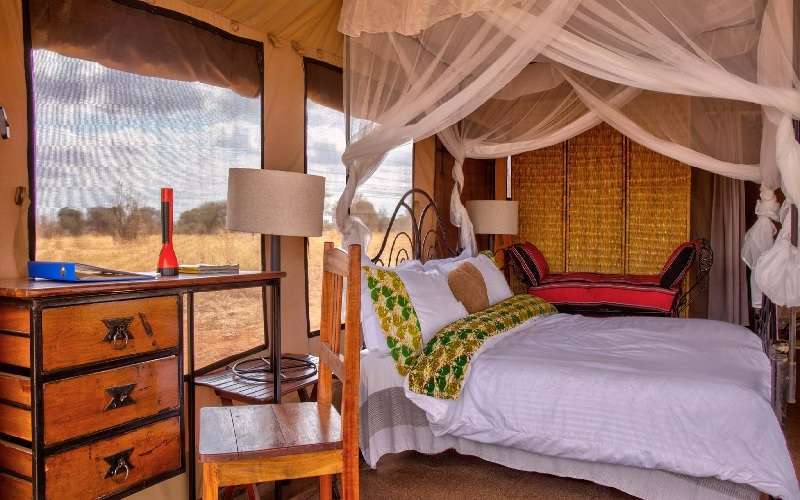 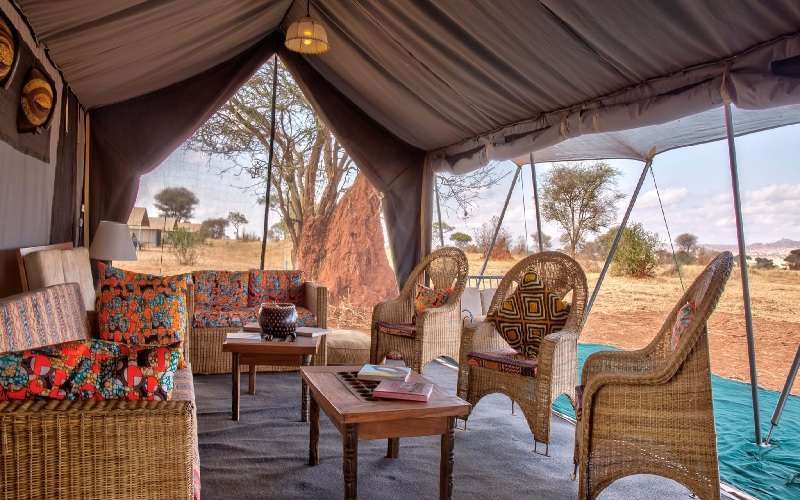 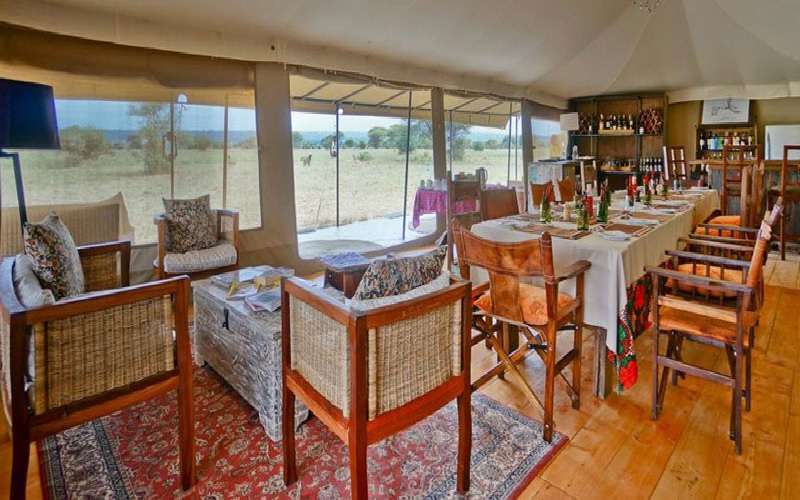 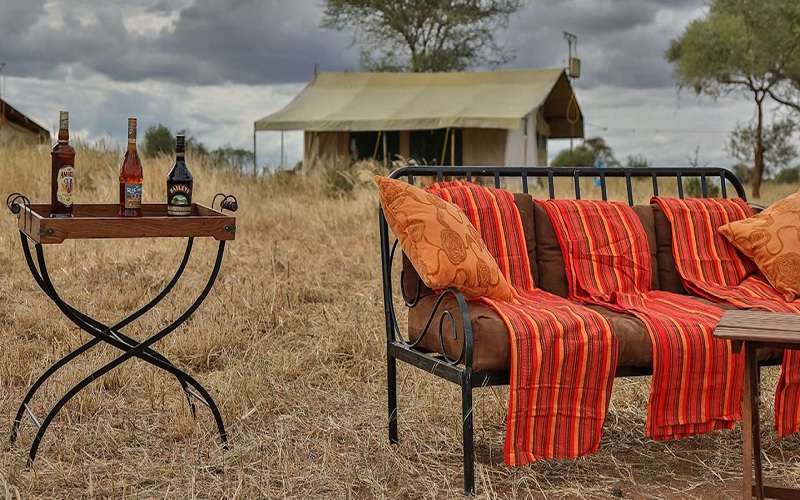 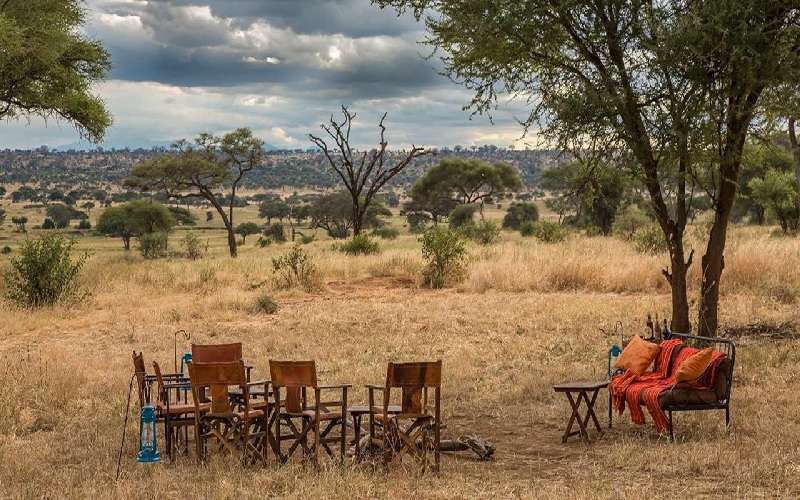 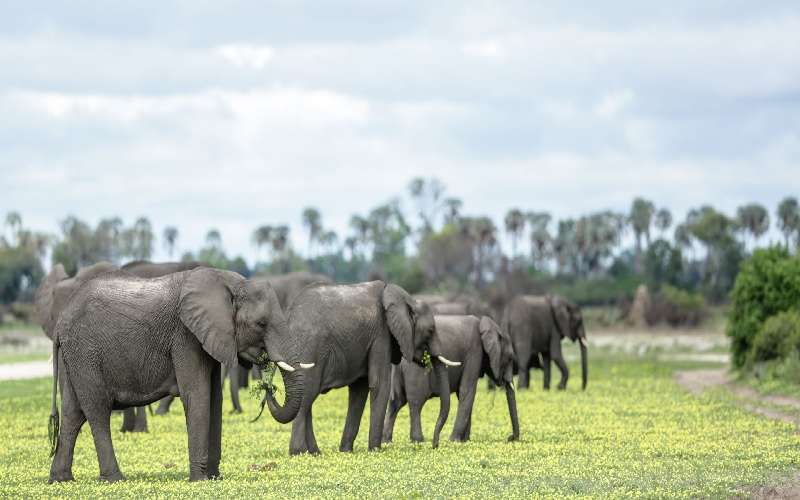 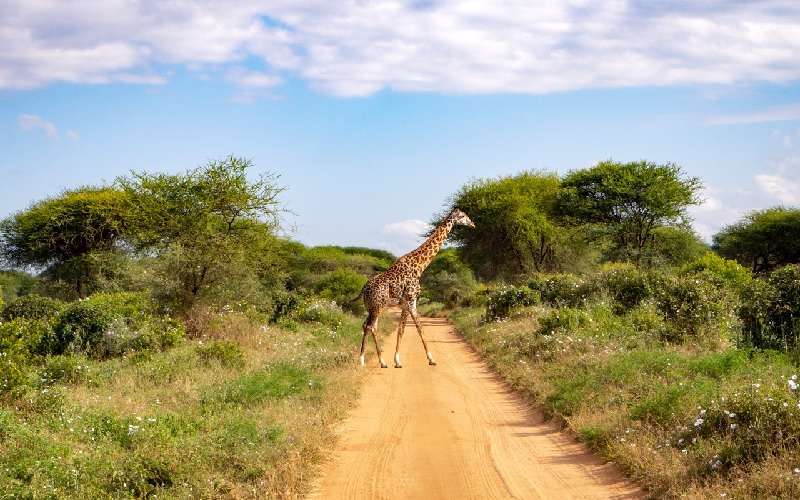 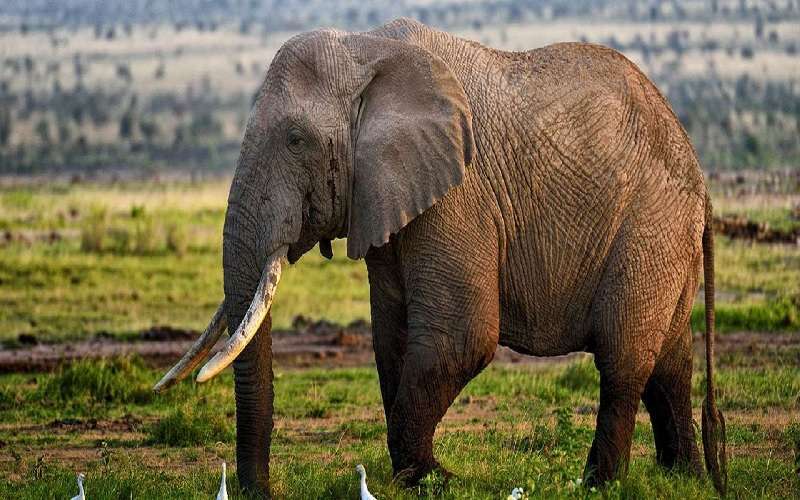 The Tarangire Ndovu Camp is in the heart of the wildlife-rich Tarangire in Tanzania, which is famous for its large elephant herds and true African wilderness.

The Tarangire region in Tanzania is well known for its wildlife and wilderness with large herds of elephant. During the dry months, large elephants herds traverse the corridor between Manyara and Tarangire and spend time within and outside the park.

This area of the park is much less visited and more intriguing. The closest airstrip to this camp is the Kuro Airstrip which is about an hours drive away. A magical path of lanterns is set up between the Ndovu Luxury Tented Suites and the welcoming dining venue.

Visitors enjoy mouthwatering meals in the dining tent and sundowners while relaxing around the nightly wood fire. The camp's chefs prepare the most exceptional bush cuisine, making use of fresh produce from all over the country. To charge electrical equipment, the camp runs a generator during the evenings from the dining tent.

Wildlife viewing, as well as bird watching, are at its best in this area of Tanzania. Professional game rangers embark on adventurous safaris in the early mornings and the late afternoons with guests to explore the untamed African wildlife in their natural habitat. Hot Air Balloon Safaris can also be enjoyed during which one can take in the vast plains of the bushveld from above.

The contact numbers to make a reservation at Tarangire Ndovu Camp are:

Where about is Tarangire Ndovu Camp located?