Who are Africa's Big Five

Mention a safari to Africa, and one animal springs immediately to mind - lion! This, the so-called King of Beasts is on everybody's list of animals to see. This fascination is no doubt due to the size and awesome power of that great cat, and its hunting prowess. But it may also have something to do with the human psyche, for our hominid ancestors on the African plains had to contend with lions as competitors and enemies on a daily basis. Perhaps they still dwell deep in our subconscious mind! 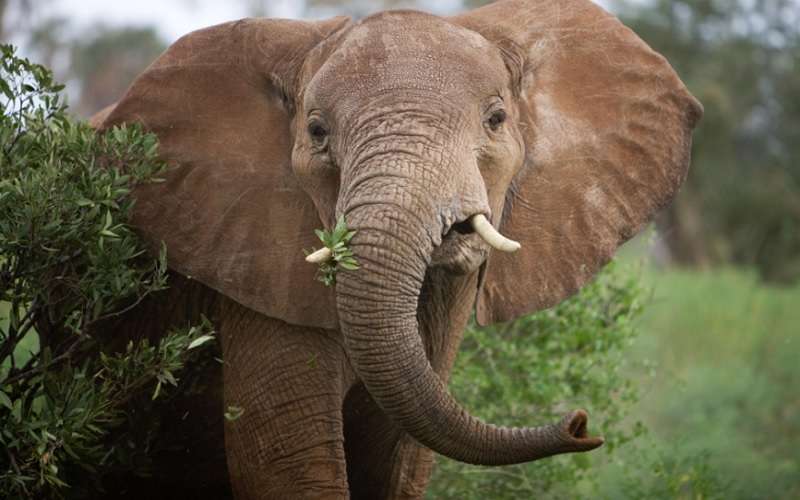 The African Elephant- Gardeners of the Savannah

The African Elephant is the largest land mammal and perhaps the continent's most charismatic creature. Few animals are as closely linked to the welfare of humankind - for elephants have the potential to substantially modify the vegetation of landscapes, destroy the crops of subsistence farmers as well as create wealth through their valuable ivory tusks. There is little doubt that elephants have played a vital role in the economic history of the continent. Today, visitors to Africa's wildlife reserves and wilderness areas are captivated by the power and grace of these magnificent animals and by their apparent sensitivity and compassion. 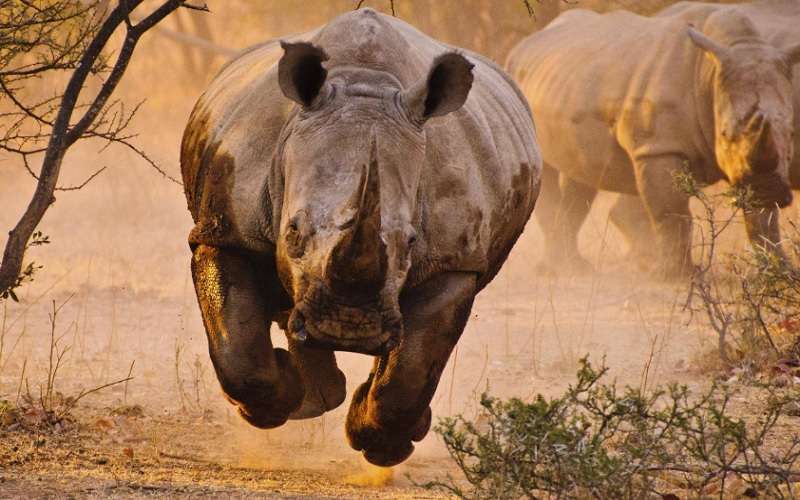 Perhaps the first thing people wonder about the white rhinoceros is why it has its name. It is certainly not white in colour and has the same skin tone as its cousin, the black rhino. In fact, the name is thought to have been derived from the Dutch word "weird" meaning "wide" about the animal's large, wide mouth.

The Black Rhinoceros has a hooked, prehensile nose, carrying its head high on its shoulders, as opposed to the low-hanging head and hump-shoulders of its relative, the grazing White Rhino. Predominantly a browser of short woody trees and shrubs, the Black Rhinoceros uses its pointed upper lip to grasp leaves and twigs, employing its double horns to dig roots or break branches too far out of reach. It's grey; wrinkled skin varies in colour due to the mud and dust in which it frequently wallows to cool down and protect against flies and the sun. The two species of African rhino are similar in height, averaging about 1.6m at the shoulder, but the Black Rhinoceros has roughly half the mass of a White Rhinoceros, weighing in at a demure 1000 kg.

A large herd of buffalo is an unforgettable sight. Heads raised, horns glinting, large fringed ears and noses twitching in search of danger. Closely related to the domestic cow, the African buffalo is one of the most successful and perhaps ecologically important mammals on the African continent. Buffalo are entirely dependent upon surface water, so are absent from arid and semi-arid regions but are widespread and shared in Savannah, woodland and forest environments. Not surprisingly, however, they provide real meat and few now survive beyond the borders of wildlife reserves and other protected areas. Buffalo are also hosting to several diseases which are lethal to domestic cattle and so have been eliminated from areas suitable for ranchlands. 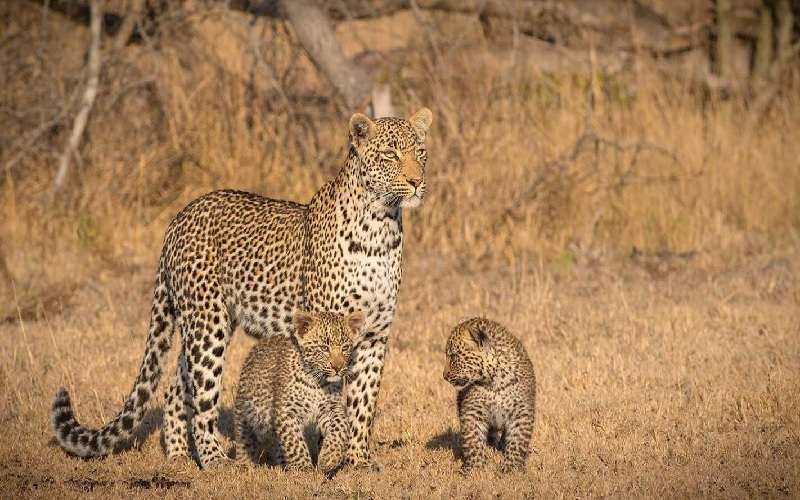 Few animals possess the mysterious aura of the leopard. 'Prince of Darkness' and 'Silent Hunter' are common epithets for this traditionally elusive cat. Like the lion, the leopard has been held in awe by generations of people across Africa, the Middle East and Asia. Although an infrequent man-killer, leopards elicit fear and dread among rural populations whose domestic animals may be at risk for these cunning predators. The leopard is the most adaptable of the large predators and may still be found in proximity to man, even, sometimes, on the outskirts of the major cities. It can survive in just about any environment, being at home in the forest, savannah, desert, or mountain top. The body of a leopard was once found in the snowfields on Mount Kilimanjaro at an altitude of some 4500 metres. Let us at South African Lodges help you find your Big Five in Africa.