South Africa is home to a vast array of wildlife. Here is a list of some of the most common and most widespread species that you will see on safari in Africa.

SAVANNAH BABOONS - Life in the Troop

Baboons are large terrestrial monkeys confined to Africa. The number of species is disputed, with some authors lumping Guinea, chacma, olive and yellow baboon as a single species - the 'savanna baboon' - while others regard them as four distinct species. Anatomically and behaviourally, the four are very similar; it is primarily the colour and length of the coat which distinguishes them. There is some overlap in their ranges where hybridisation occurs. 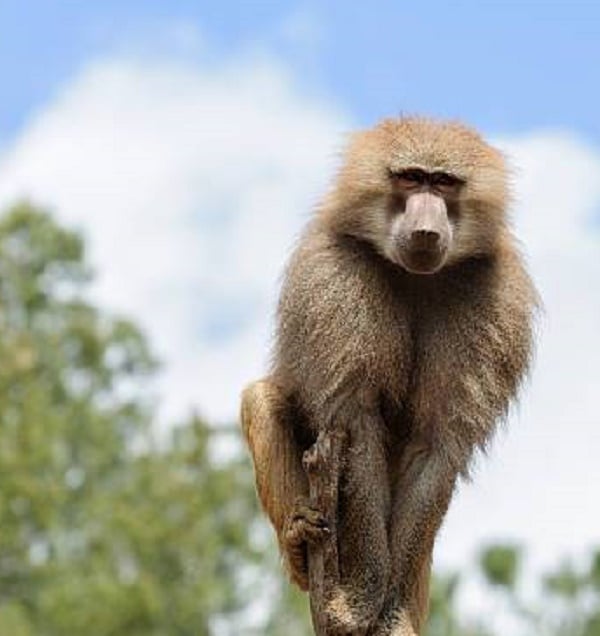 Of all Africa's wild animals, the giraffe is possibly the most distinctive, for there is no other animal at all similar on any different continent. It has only one living relative, the odd-looking okapi of the central African rain forest. The giraffe is the tallest member of the animal kingdom - males average 5.5 metres, females a little less. Their unique form is the result of some remarkable adaptations and has enabled them to exploit a food niche not utilised by other herbivores - the leaves on the uppermost branches of trees. 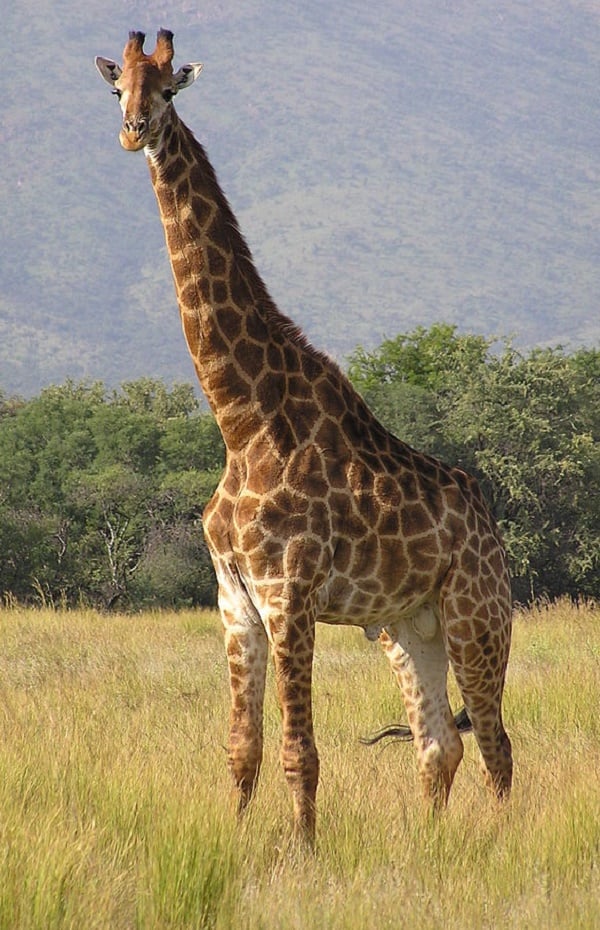 The Greater Kudu belongs to a group of spiral-horned antelope known as the Tragelaphines. All are characterised by a dark body, striped coat, thin head and large ears. Except in the two most significant members of the tribe (Eland and Bongo) only the males possess the impressive corkscrew horns. Bushbuck, Nyala, Sitatunga and Lesser Kudu are the other representatives. 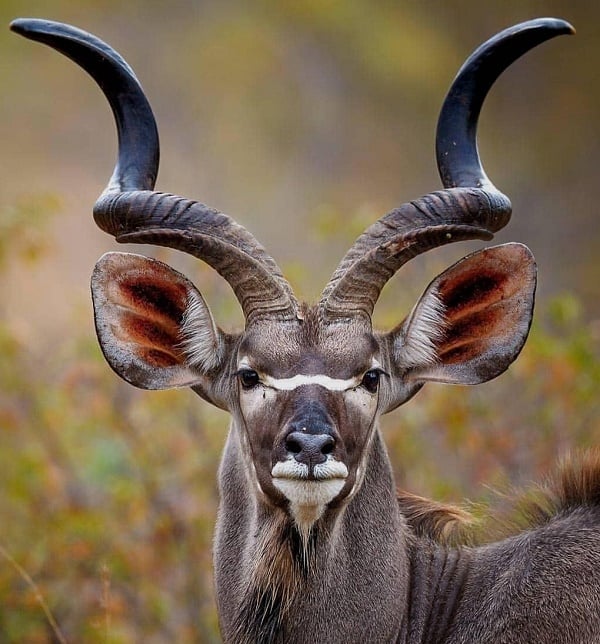 Few animals are as strongly synonymous with the African continent as zebras - the only wild members of the horse family south of the Sahara. 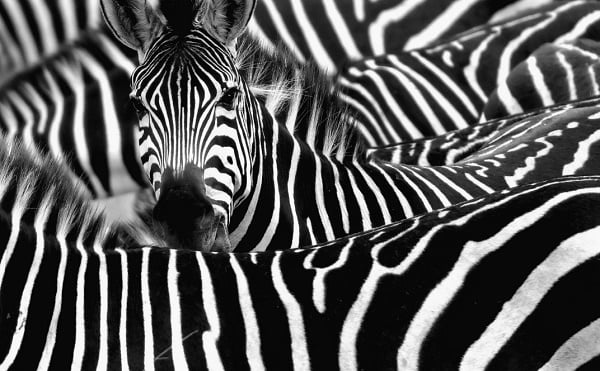 The warthog is frequently regarded as the most comical of African animals, due, no doubt to its strange, ugly face and its habit of running with an erect tail. Warthogs are exciting animals to watch, and their lifestyles are fascinating. The above incident took place in Kenya's Masai Mara, and will probably be happening somewhere in an African Savannah right now, although not generally with such a happy ending for the warthog. 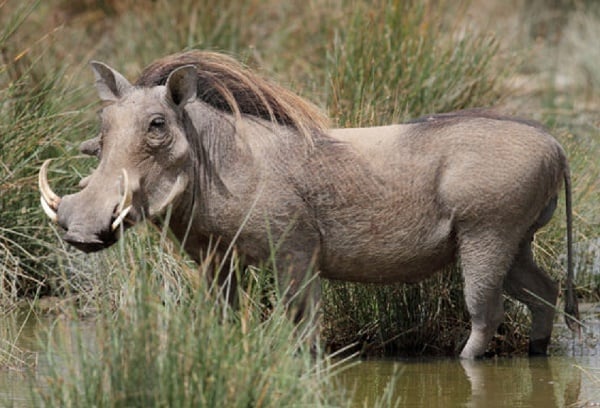 Known as "river horses" to the ancient Greeks and "sea cows" to the Dutch settlers, the hippo is not related to either. It is, in fact, a distant relative of the pigs, although its ancestry is not well understood. Weighing up to 3 200kg, the hippo is the third most massive African land mammal, after the elephant and white rhinoceros. With tiny eyes, ears and nostrils all placed on the very top of the head; they are superbly adapted to an amphibious lifestyle. 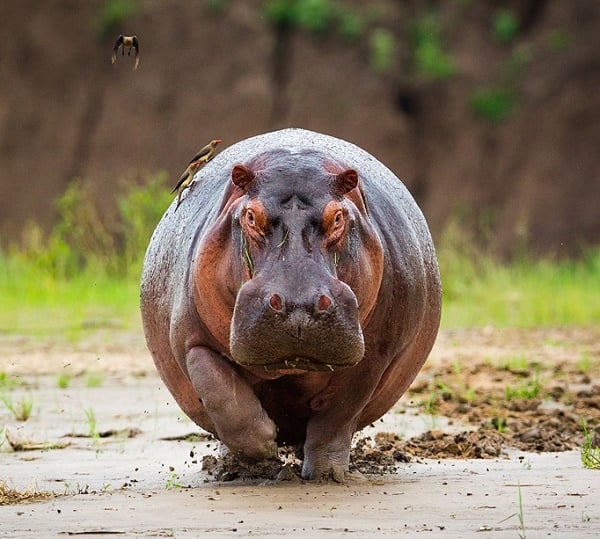 HONEY BADGER - Ferocity and Courage, with a Sweet Tooth

The South Africans have a saying, as tight as a Honey Badger. Like a featherweight boxer who makes up for lack of size with speed and Napoleonic ferocity, the Honey Badger is well-equipped to live up to its fearsome reputation. It will attack any animal, no matter how big or dangerous its adversary. There appear to be no natural predators on adult, which itself is evidence of how dangerous this animal is, for it weighs scarcely more than a medium-sized dog. A Lion was recorded as having killed one, but there were signs of a terrible struggle; and according to naturalist and author, Jonathan Kingdon, three Ratels took a kill away from three sub-adult and four half-grown Lions. 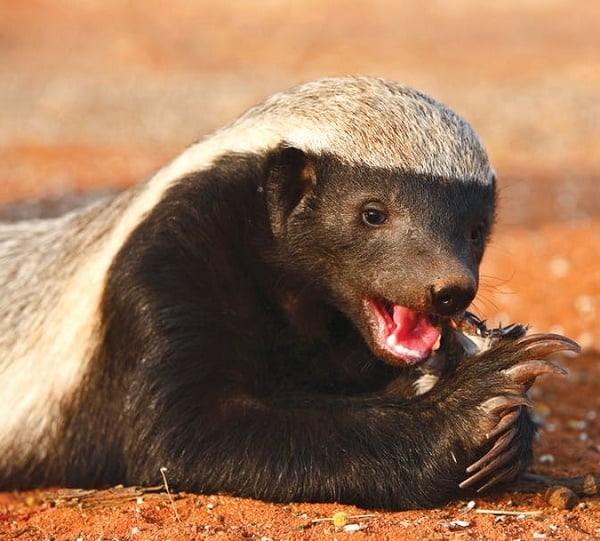 Few animals have attracted such hatred and disparagement from humans as the hyena - long regarded as a cowardly scavenger dependent upon the left-overs from the Lion - regal 'King of Beasts'. But long-term research projects in Tanzania, Botswana and elsewhere in Africa have shown this perception to be entirely false, and have revealed the hyena to be a fascinating animal and a highly sociable predator in its right. Research has also shown that female hyenas are dominant over males and are responsible for defending group territories. Male dominance is almost universal among mammals, but Spotted Hyena society is dominated by females, with the most senior male subordinate to the most junior female. This image is of a brown hyena often found on the beach in Namibia. 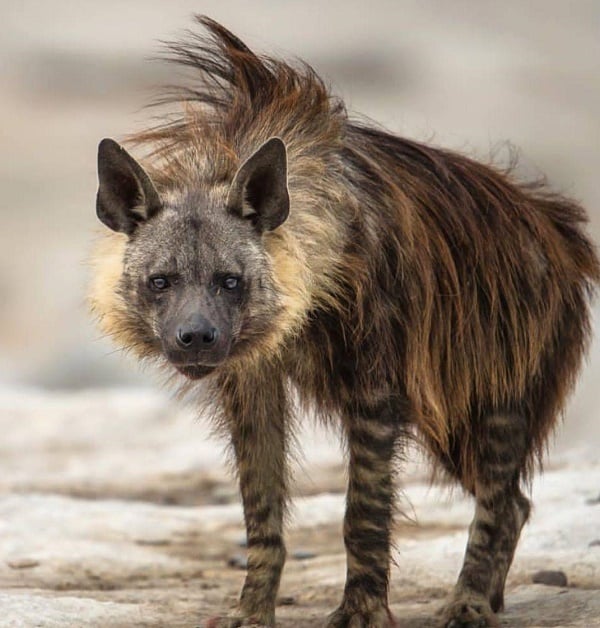 ​Rivalled by sharks, crocodiles are greatly feared yet held in awe by people - even those who have a tiny chance of coming into contact with them. The plethora of video films featuring the often brutal killing habits of these aquatic predators is a clear testimony of man’s infatuation with drama and danger. All too often, these films - many compiled on small budgets - tend towards melodrama and do little to provide a balanced picture of these great carnivores. 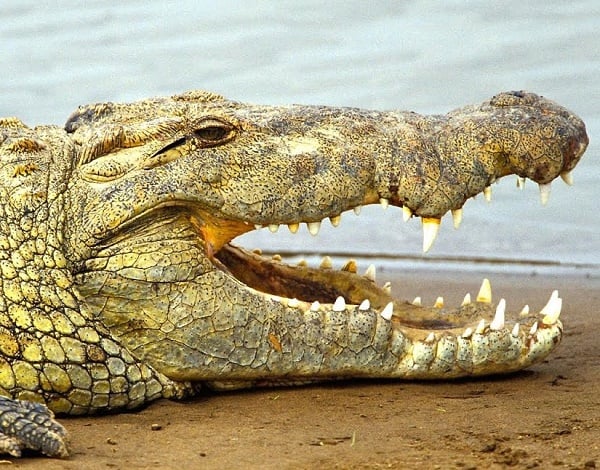 Close relatives of the well-known red fox of Europe and the coyote of North America, three species of jackal occur in Africa. Like their northern cousins, jackals are adaptable and highly successful animals, able to survive in a variety of habitats and has a comprehensive diet. They can flourish in the face of human encroachment into wild habitats, thriving on farmlands and the outskirts of cities. 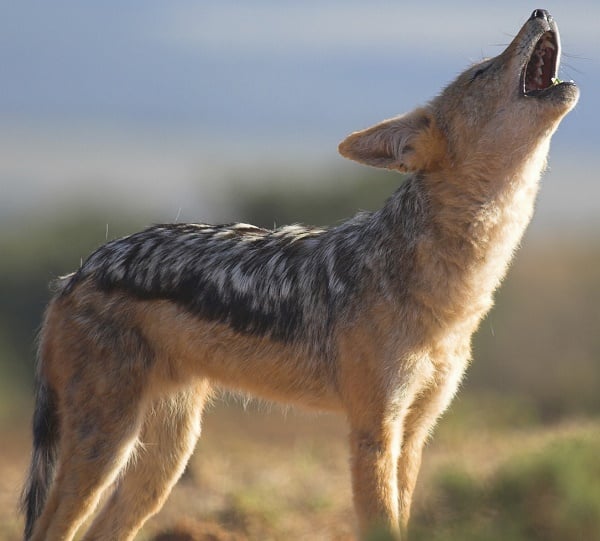