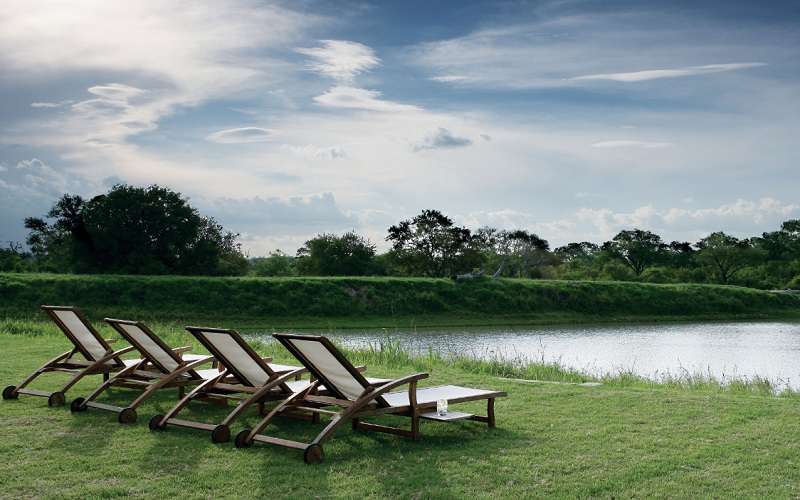 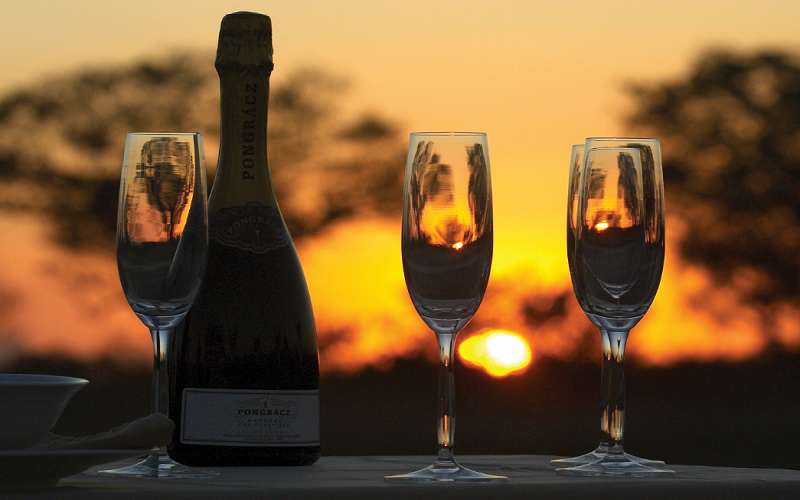 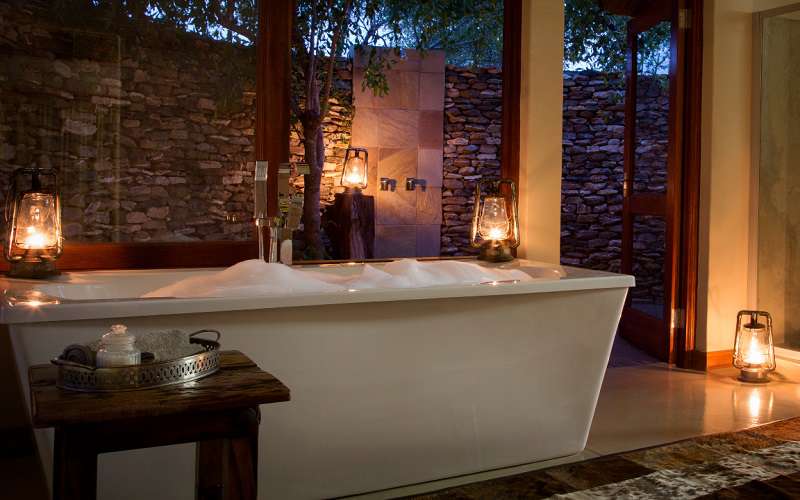 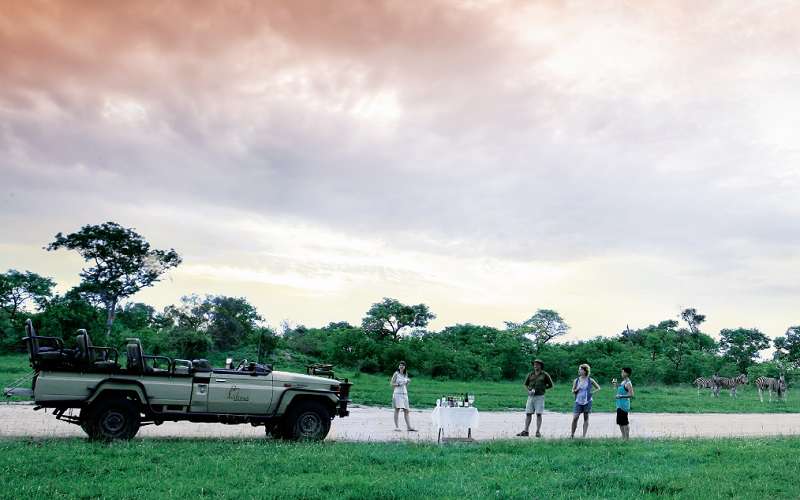 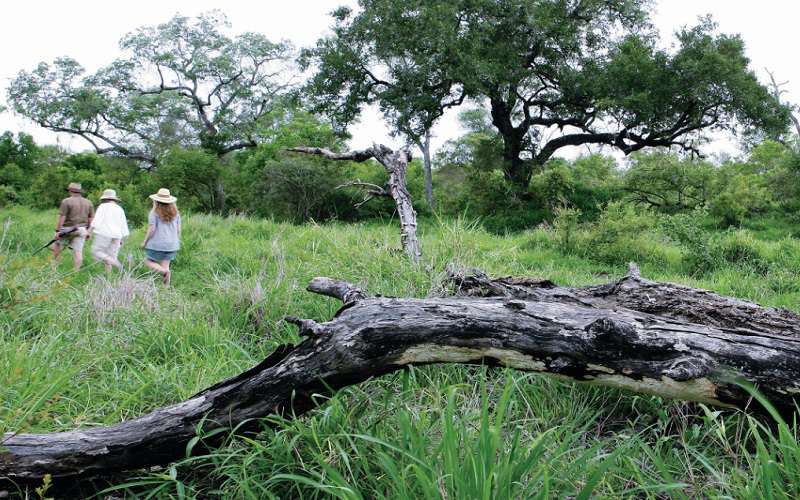 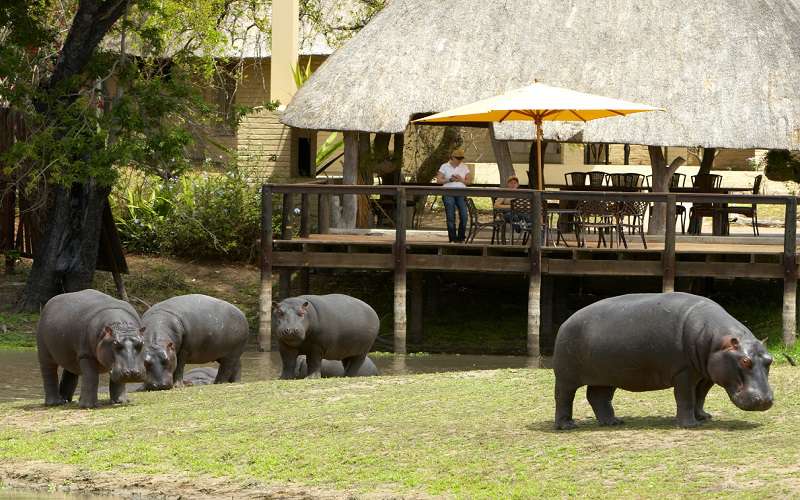 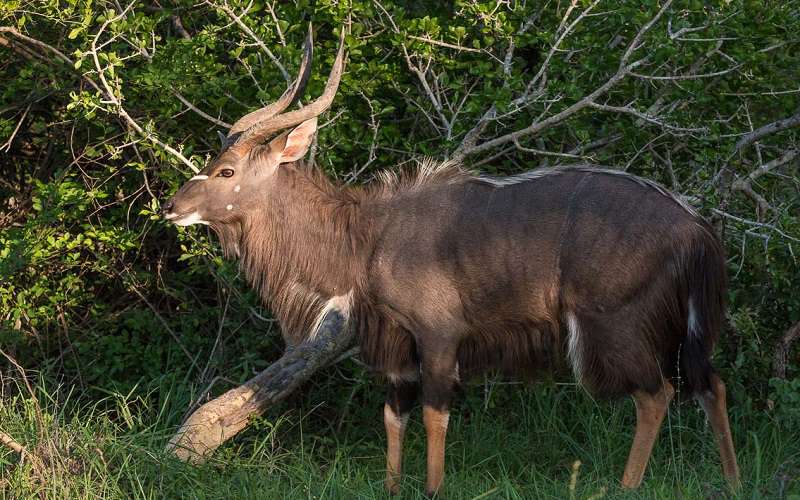 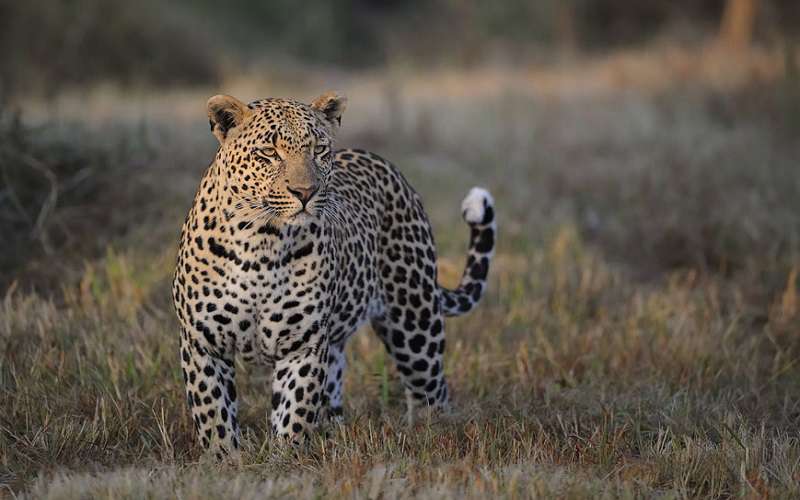 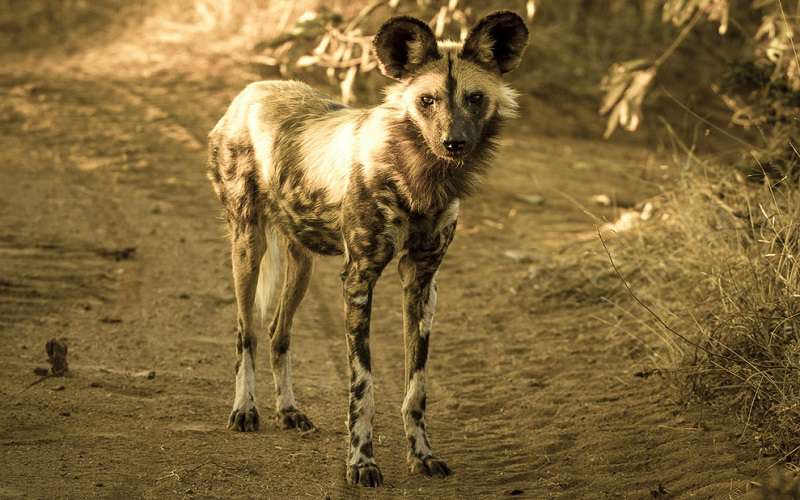 The landscape of the Sabi Sands Game Reserve in Mpumalanga, South Africa, is wealthy and varied. Open savannahs, riverine thickets, river beds and lush bush vegetation ensure exciting sights, flora, and fauna. The perennial Manyeleti River meanders its way through the property of the Safari Lodge.

Each of the luxury chalets at the lodge provides a beautiful 180- degree view of the water. Guests can see and enjoy a variety of wildlife including hippos and the big five - lion, leopard, rhino, buffalo, elephant - from the comfort of their private verandas.

The central living area at this exclusive safari destination is intended for support. Whether quietly reflecting on the view, reading a book, enjoying time with friends, the warmth and charm of the camp environment are the foundations of the Safari experience.

The swimming pool at the lodge overlooks the waterhole and is the perfect spot for wildlife viewing on a hot African summer's afternoon. The traditional open-air boma, which is the Lodge's brick and grass enclosed outdoor dining area, presents guests with a novel way of appreciating an enjoyable meal under the stars to the sounds of the African wild

There are no telephones or televisions in the rooms, keeping with the traditional safari experience. Guests are, however, able to make phone calls from the reception area of the Lodge and send or receive emails and faxes.

Meal times are a close affair with all guests being treated to beautiful dishes, fresh produce, and home-baked confectionery. A continental breakfast is served buffet-style while a cooked meal is served according to guests preference from the kitchen. A sumptuous lunch is prepared by the chef and served to the guests directly. Dinner is a 3-course affair in the traditional African boma around a blazing fire, which is weather permitting. The Lodge also offers a range of excellent South African wines, which have been produced in the Cape by well several farms and wine estates.

The African Safari is most often measured by "The Big Five" barometer. The Big Five is a group of animals including the lion, the leopard, the rhino, the elephant and the buffalo who earned their reputations as the most dangerous animals to be hunted on foot. The phrase "Big Five" was coined by hunters of the past - before the advent of the photographic safari.

Travellers who seek the Big Five safari experience will undoubtedly find it during their stay here. They will encounter rare sightings of a leopard which is usually the most elusive of cats, lions and rhinos - a camera's viewfinder is continuously filled with close contact wildlife interactions. One need not leave the comfort of the camp to see the vast herds of buffalo, and elephant families, which gather at the water's edge.

The Lodge prides itself on its' leopard viewing. As these cats are territorial, their regular appearances in this particular region of the Kruger National Park allows the rangers to track their movements and to observe their behaviour. Approximately 14 leopards are found in the area in which operates, 6 of which are seen regularly.

Large herds of buffalo numbering more than 301 often find their way to the lake. Elephants are also seen in numbers. There is various lion pride in the area, as well as a few nomadic males. General "Lowveld" games are abundant in this section of the Sabi Sand Reserve, including giraffe, zebra, warthog, impala and more. This region is a birdwatcher's mecca. A few of the rarer birds are seen from the camp itself, such as the Horus Swift.

The contact numbers to make a reservation at Sabi Sands Safari Lodges are:

Where about is Sabi Sands Safari Lodges located?

Arathusa Lodge is an intimate one, completely openplan and designed to harmoniously blend with the adjacent lake and African bush.

I enjoyed my dinner at Arathusa in the traditional African boma around a blazing fire. Great atmosphere for all. read more... »

I had a great time at Arathusa, it was lovely to vew and enjoy a variety of wildlife including hippos and the big five in the reserve.

I loved the relaxing time I had. read more... »