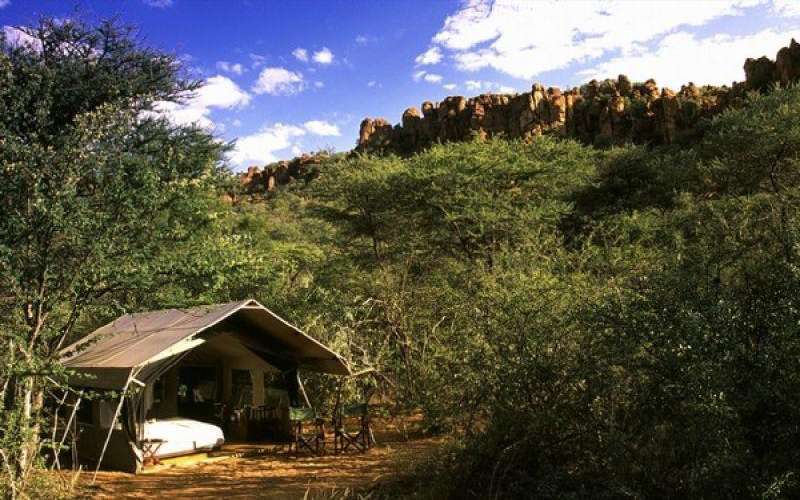 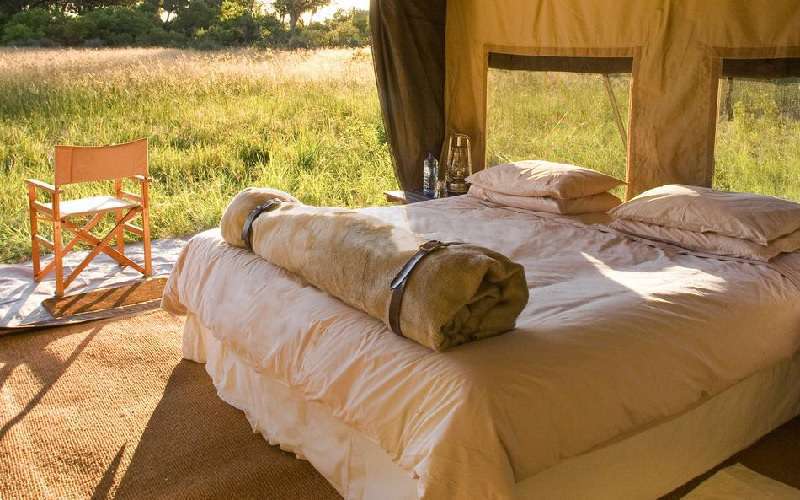 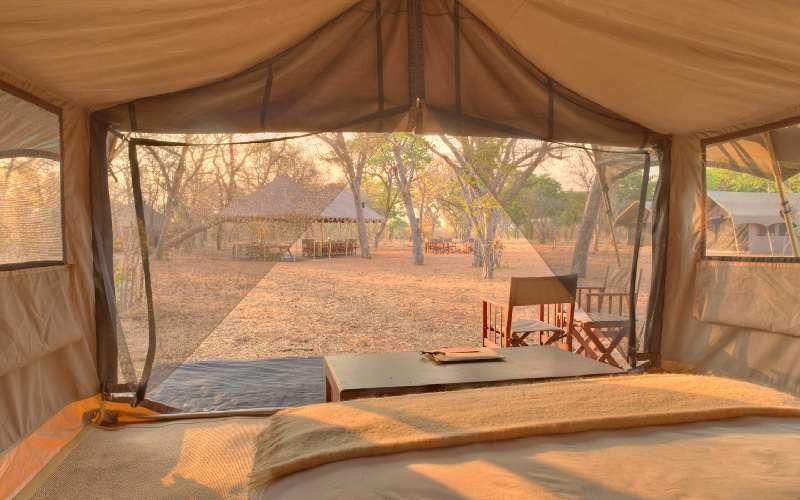 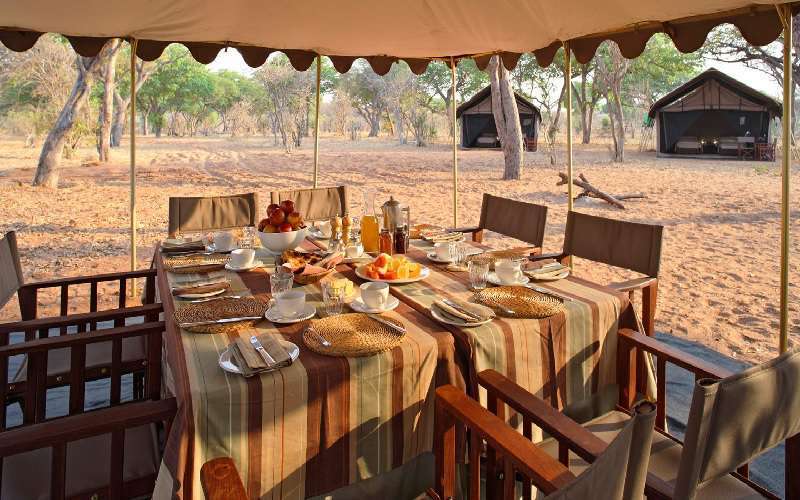 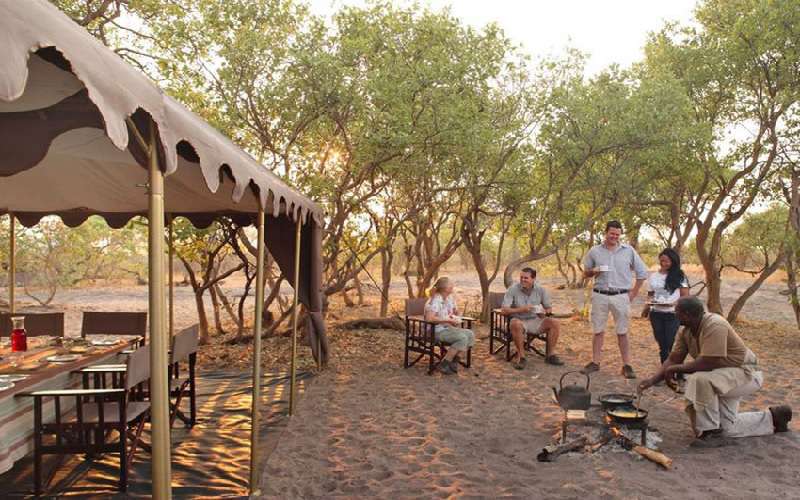 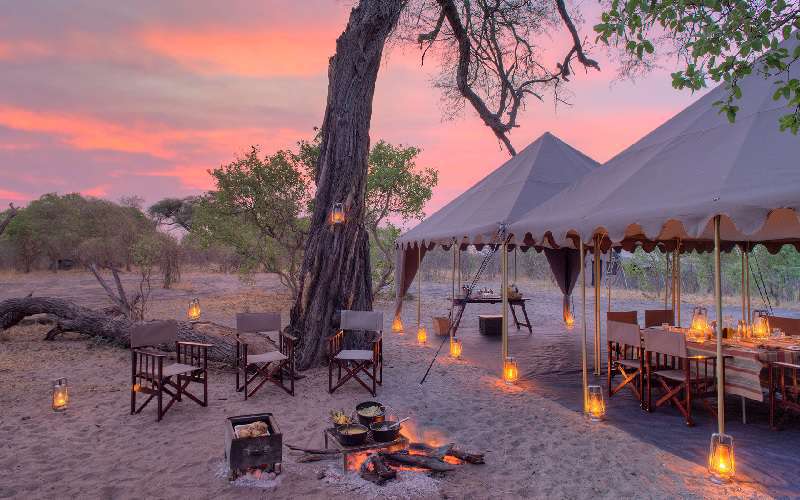 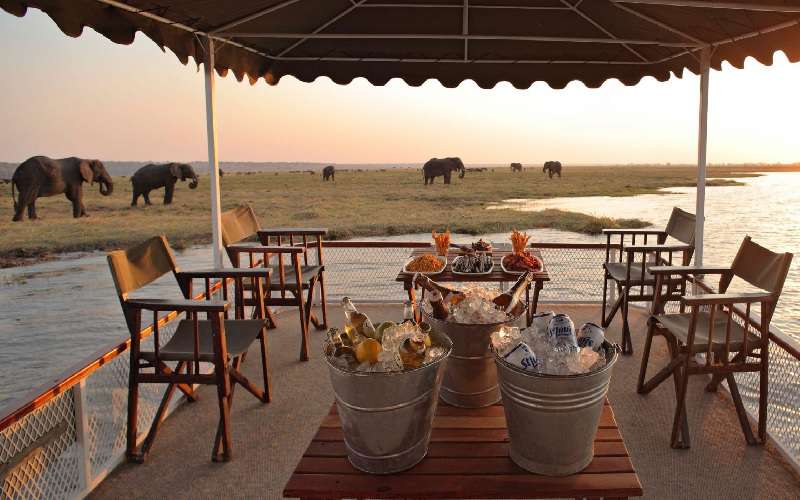 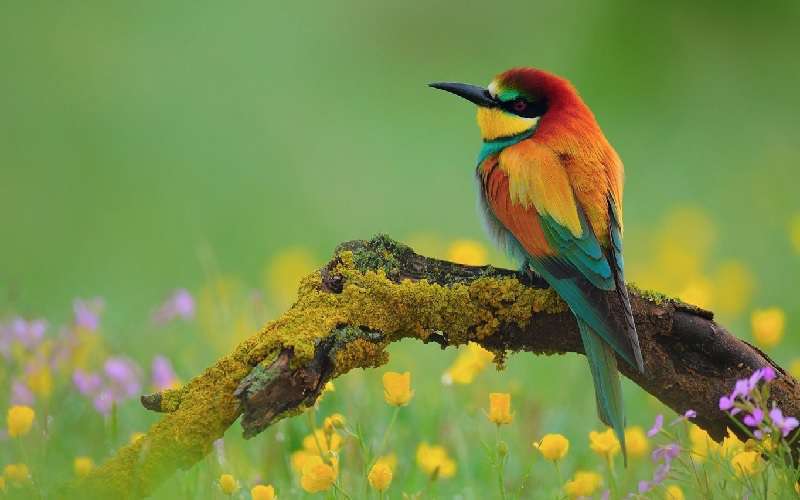 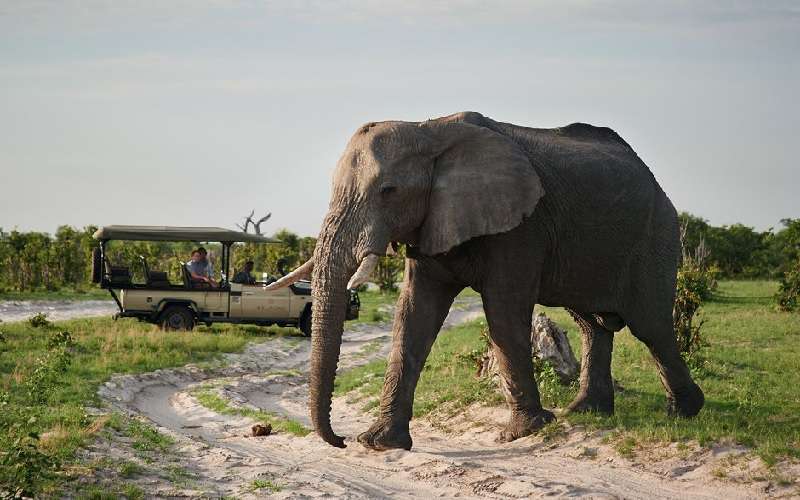 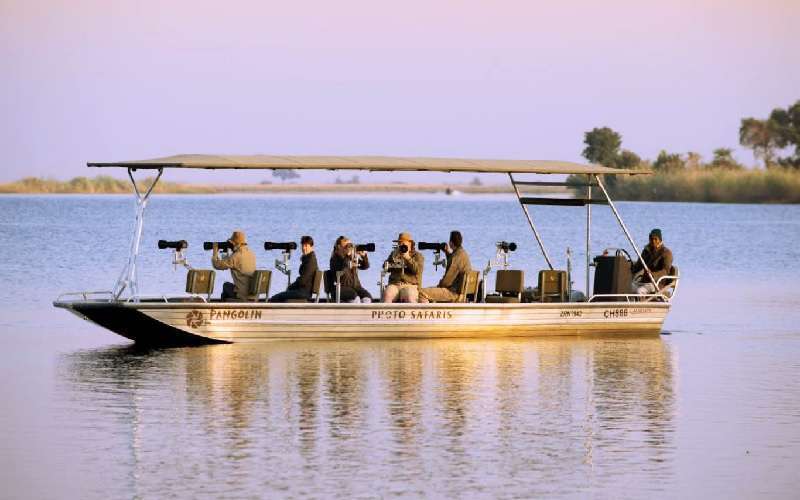 The andBeyond Chobe Under Canvas camp which is in the wildlife-rich Chobe in northern Botswana provides guests with an unforgettable safari experience in Africa.

This unique wilderness setting features only six en-suite safari tents which are carefully positioned in exclusive semi-permanent camps on or near the Chobe River.

The Chobe National Park in Botswana covers 11, 700 square kilometres of untamed African bush and borders in the north the magnificent Chobe River. This reserve is bounded on all sides by wildlife reserve areas and forest reserves which allow for the free movement of the wild animals.

The Chobe is one of the top wilderness parks in the world and is home to the highest single concentration of elephant. Herds of buffalo and elephant can be observed refreshing themselves at the river's edge. During the dry season, their numbers increase to hundreds and thousands. Two species of area-specific antelope occur here, the puku and the Chobe bushbuck, which cannot be seen in other parts of Botswana except on the Chobe riverfront.

The public guest areas at the lodge feature comfortable tents for dining, meeting for a pre-dinner drink, or just for whiling the time away between safaris. Guests are provided with private butler service, are served delicious Pan African meals as well as traditional bush dinners served under the stars.

The region of Chobe in Botswana offers exceptional opportunities for memorable safari adventures. Travellers to the Chobe Park can witness herds more than two hundred elephants roaming the grasslands as well as extensive herds of buffalo, which can number over four hundred and a variety of wildlife, lining the food-rich banks of the river.

A boat cruise is also offered to which guests can view an abundance of river fauna such as the mighty hippo and the crocodile. Predators are always on the hunt in Chobe, and it's not uncommon to witness the heart-stopping spectacle of a lion kill.

Furthermore, Chobe offers excellent bird-watching with hundreds of species recorded in this particular region. The enthusiastic bird watcher has the rare opportunity to listen to the call of the Woodland Kingfisher and maybe spot the African Fish Eagle in its glory as it swoops over the river endlessly searching for the next meal.

andBeyond Chobe Under Canvas Camp is open year-round as the weather allows for this. Warm hot days with mild evenings and afternoon thundershowers are standard in the summer which is from mid-September to the end of March. Sunny days with chilly mornings and evenings are predominant in the winter - April to mid-September. Rainfall is expected in from October to March.

The Camps are in a Malaria area, and therefore necessary precautions should be taken. We recommend guests to consult their doctors. The tents at the Camps are fully netted and insect-proof.

Guests are welcome to make use of the fly-in safaris to the Kasane airport. The guide will collect guests who are staying at the lodge and drive them back again.

FAQs about andBeyond Chobe Under Canvas

The contact numbers to make a reservation at andBeyond Chobe Under Canvas are:

Where about is andBeyond Chobe Under Canvas located?

Specials currenty available at the andBeyond Chobe Under Canvas.