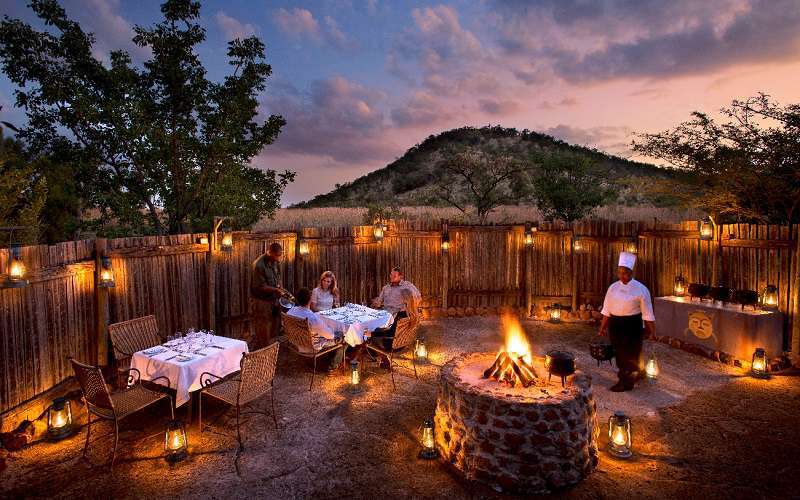 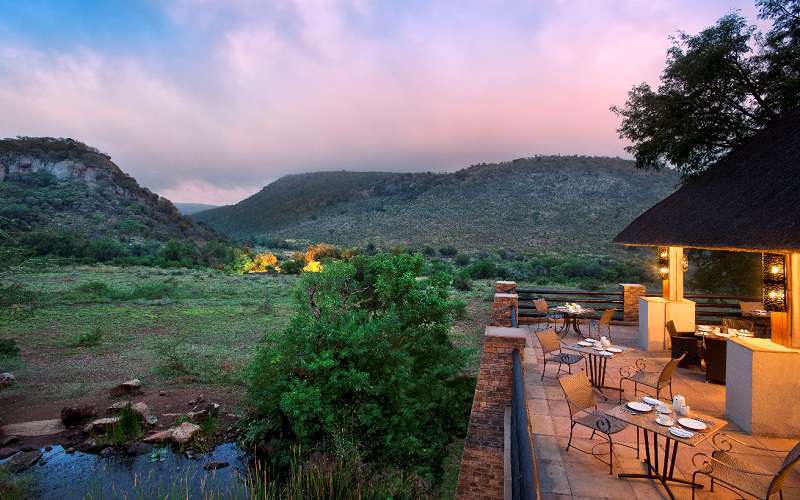 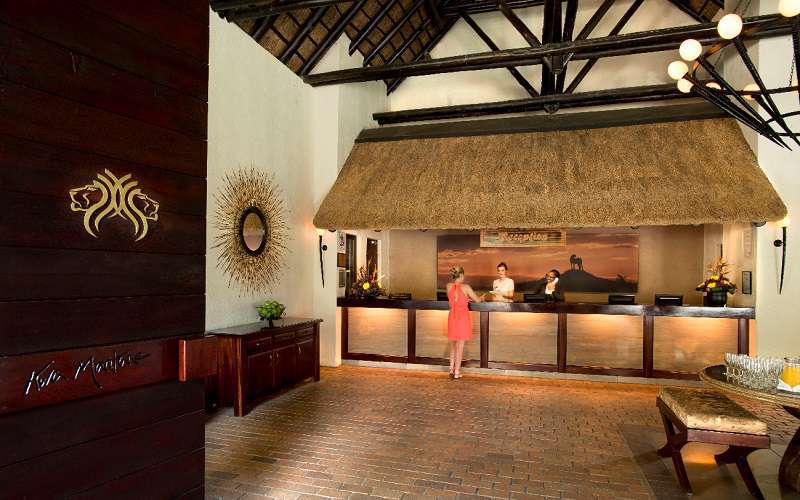 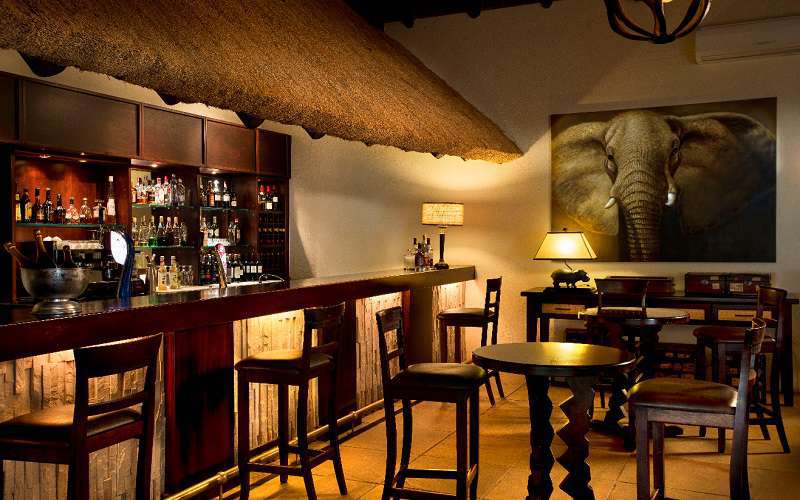 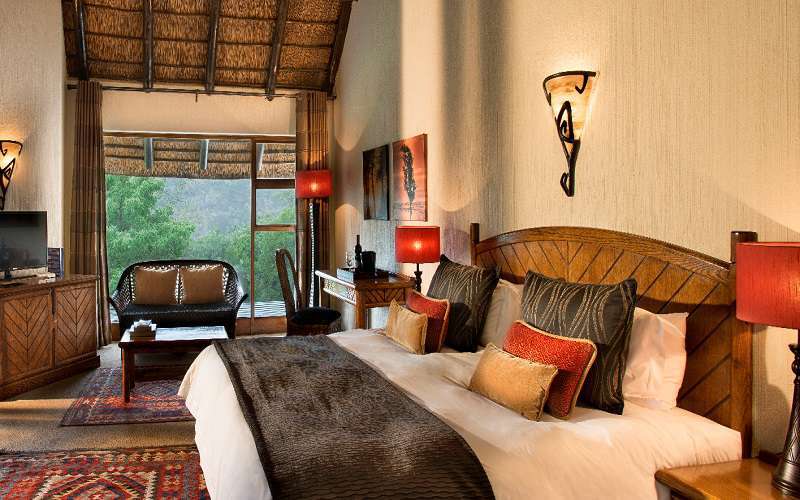 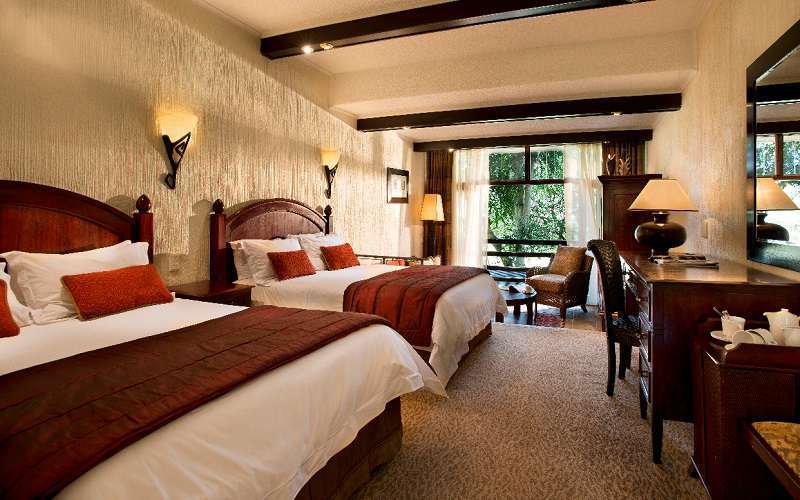 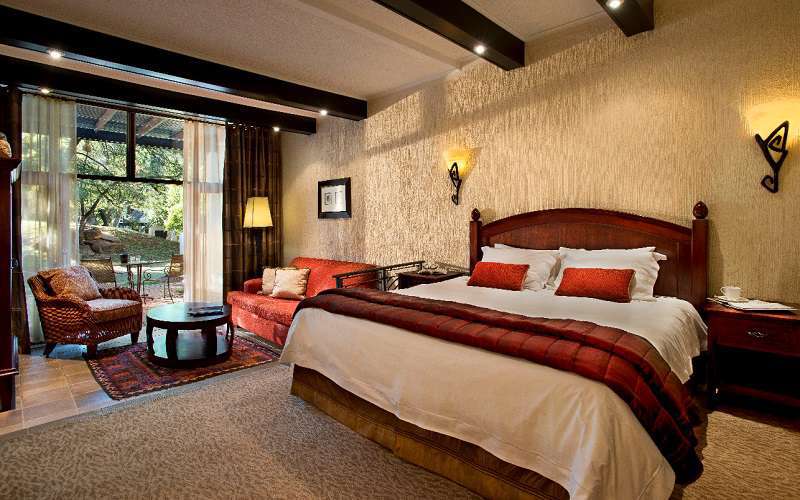 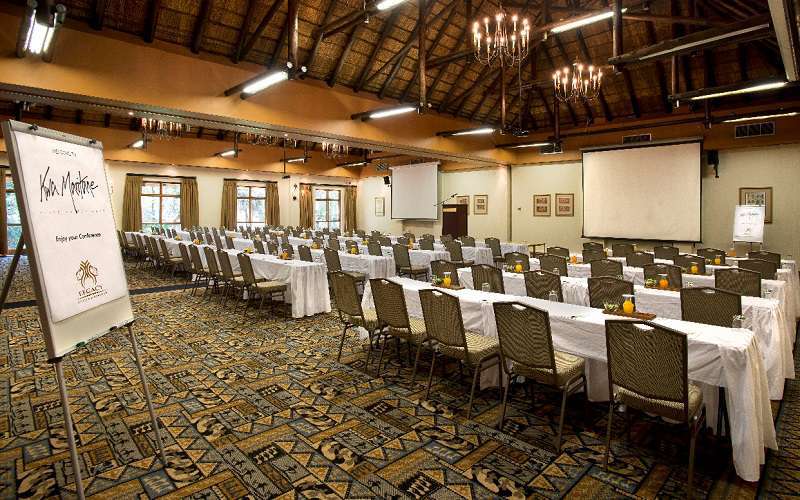 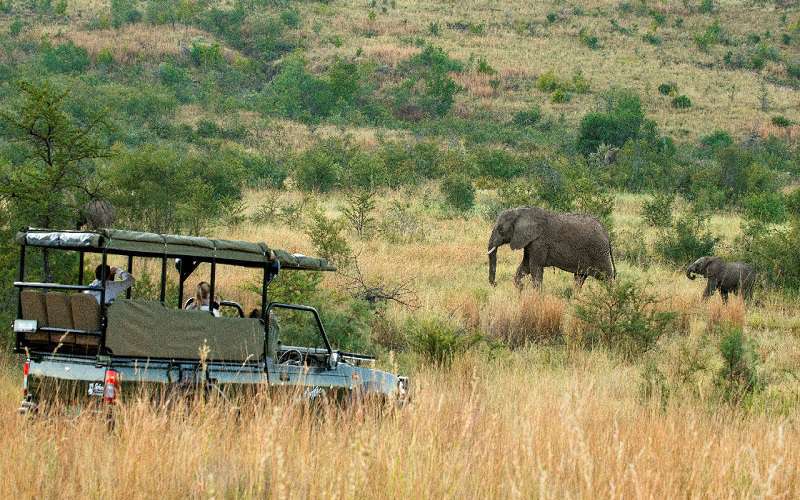 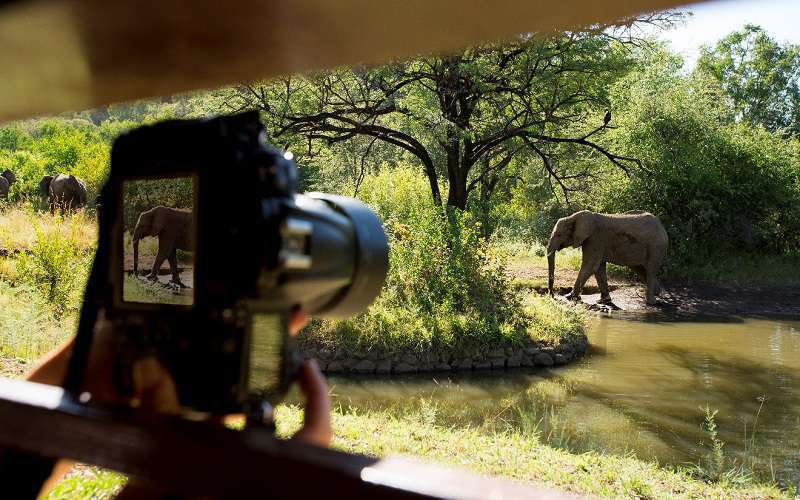 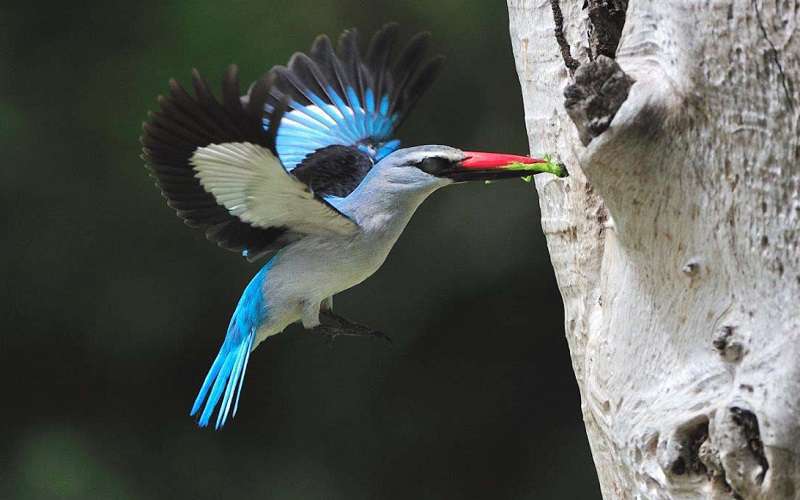 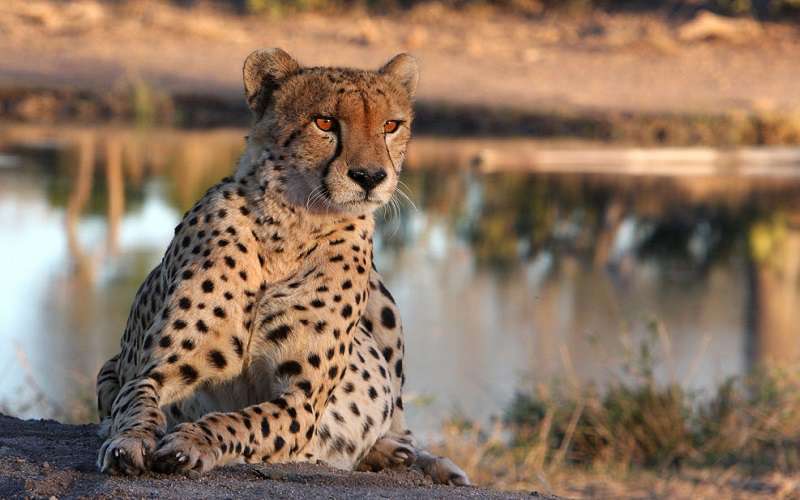 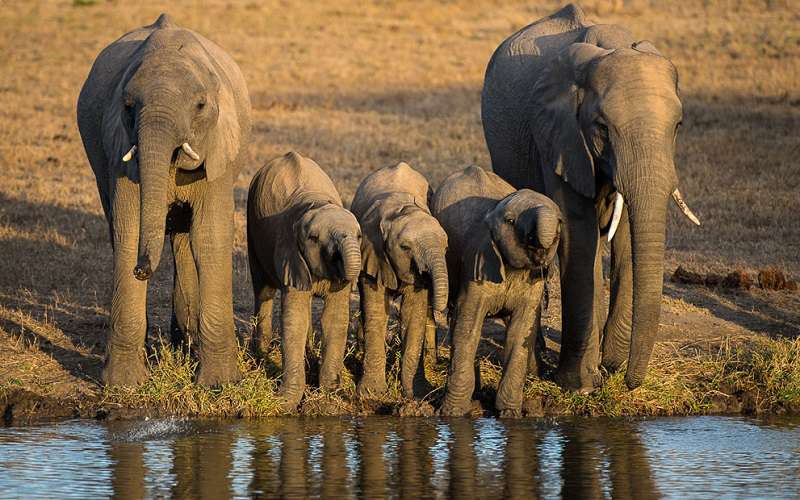 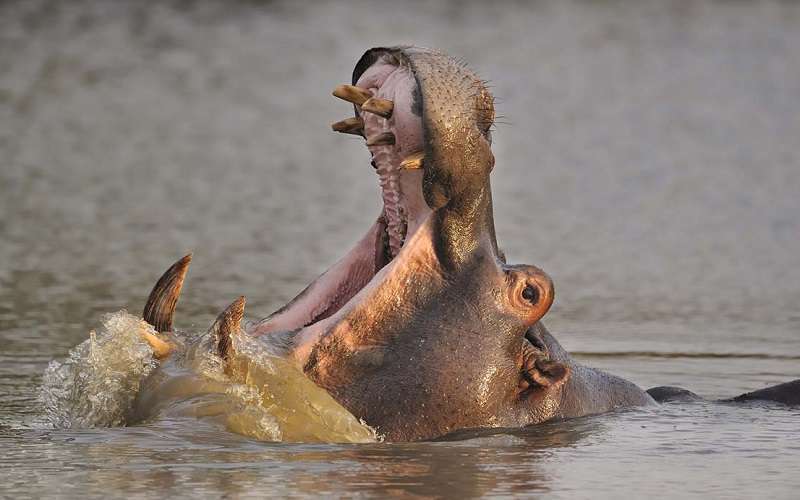 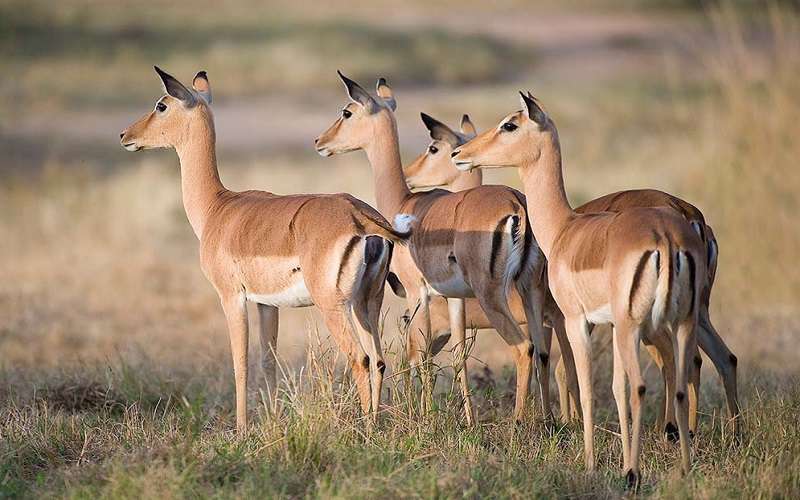 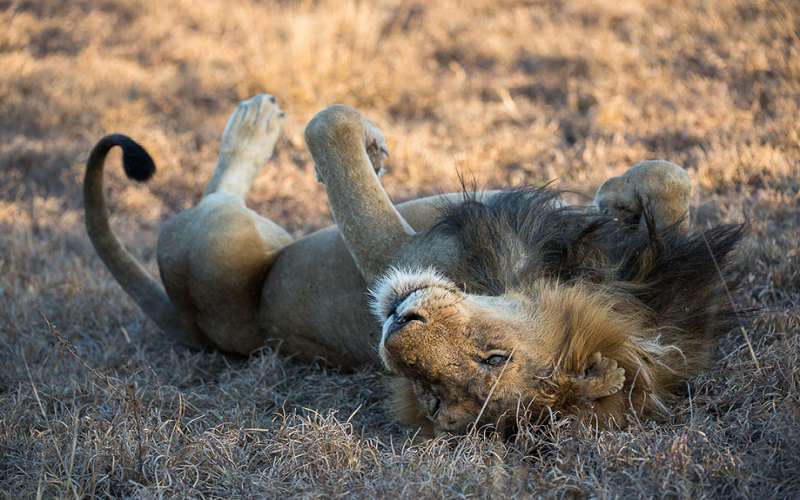 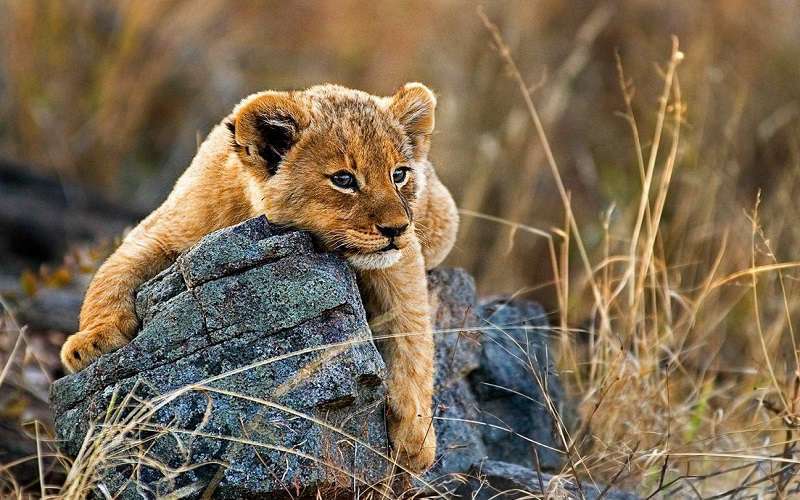 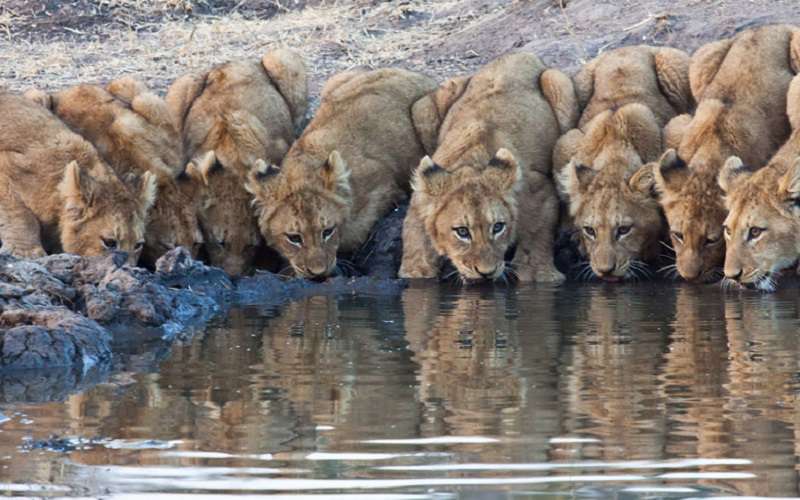 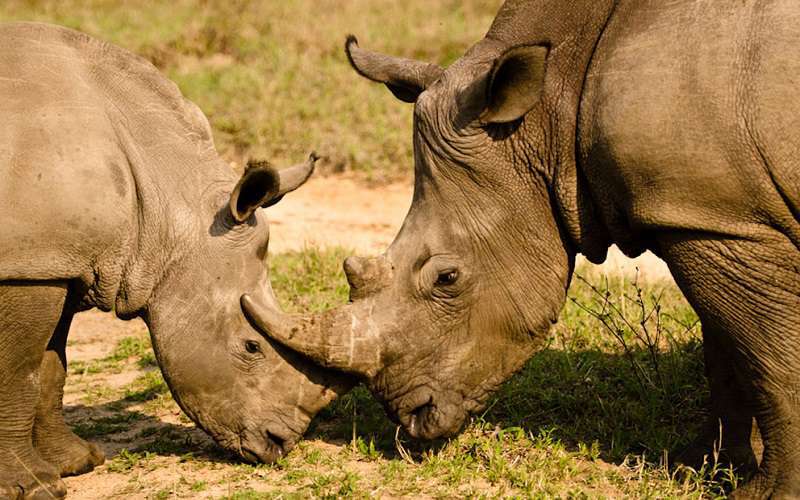 The 4 stars, family welcoming Kwa Maritane Bush Lodge is situated on an ancient alkaline volcano in the Big Five Pilanesberg National Park in the North West Province of South Africa. Hence the game lodge's name, which literally means "Place of the Rock".

The ambience of the African bush is the perfect soundtrack to a leisurely day outside which can be experienced at the Kwa Maritane Bush Lodge.

Saturate yourself in the sunshine by taking part in any of the following exciting activities:

And then there is the adrenalin rush of Sun City, where you can enjoy the following:

Springbok, brown hyena, the red-eyed bulbul, and camel thorn trees usually found in arid areas are found cohabitation with moist-area-limited impala, black-eyed bulbul and Cape chestnut trees. The colourful hues, varied habitats and panoramas will delight and entertain photographers and visitors. The Pilanesberg National Park is home to almost every mammal of Southern Africa, inclusive of the Big Five. An abundance of wildlife proliferates in 580 km of diverse and arresting bushveld terrain in the Pilanesberg National Park.

This game reserve is home to healthy populations of lion, leopard, black and white rhino, elephant and buffalo - Africa's "Big Five". A wide variety of rare and common species exist with endemic species like the nocturnal brown hyaena, the fleet-footed cheetah, the majestic sable, as well as giraffe, zebra, hippo and crocodile, to mention but a few. Bird watching is excellent with over 300 species recorded. Some are migrants, others permanent inhabitants; some eat carrion or live prey, others eat seeds, fruit or tiny water organisms.

The Kwa Maritane Bush Lodge provides an all-inclusive corporate package for companies wishing to treat their delegates for a unique conference in a game lodge surrounded by the bush.

The conference package offered at the Kwa Maritane Bush Lodge, Pilanesberg National Park, includes a welcome cocktail on arrival, the accommodation in either Single, Twin or Double bedded rooms, breakfast, lunch and dinner, morning and afternoon tea as well as the conference facilities (venue hire and standard equipment). Kwa Maritane Bush Lodge itself has 90 Rooms, the Bakubung Bush Lodge features 76 hotel rooms which is only a short 10-minute drive. For large groups, delegates can be accommodated at both lodges whereby the conference can be held at one of them.

There is a self-guided trail in the Walking Area at Manyane Complex in the east, which offers environmental education whilst enjoying game viewing and bird watching on foot. Also at Manyane is a walk-in aviary with over 80 species of indigenous birds.

General Visitors are offered many opportunities to experience the wonders of Pilanesberg. There are nearly 200 kilometres of excellent quality roads for either self-drives or guided drives, and professional guides operate within the park. Numerous hides and scenic picnic sites enable the tourist to experience "out-of-car" experiences as well.

Where is the lodge situated?

The lodge is located in the Pilanesberg National Park in the North West Province of South Africa.  It is located within a ten minutes drive from the Sun City Resort. From the OR Tambo Johannesburg International Airport, this game lodge can be reached within a two hours drive.

How far is Sun City away from the lodge?

Is a family friendly lodge?

Yes, the lodge welcomes children of all ages. Game drives are offered for children as well as wildlife activities in the Ranger Program.

The spacious Family Rooms are available which can accommodate two adults and two kids under the age of 12 years.  The resort offers an outdoor swimming pool, a kids playground, tennis courts.

What are the closest airports?

How can I book the best available rate at lodge?

The best available rate can be booked for the lodge by contacting us:

The rate includes accommodation, breakfast, dinner and one game drive per one night's stay.

The contact numbers to make a reservation at Kwa Maritane Bush Lodge Pilanesberg are:

Where about is Kwa Maritane Bush Lodge Pilanesberg located?

No doubt I would come back here again, it was SUPE!!! During our 4 days at Kwa Maritane, we also went to visit the nearby Sun City Resort which was super. Game drives were also included during our stay, we LOVED the Safaris. Could not get enough - had a very knowledgable guide who taught us so much.

Keep up the great work at Kwa Maritane for many more guests to enjoy.

We would like to rank all the below point to be exellent. We totally enjoyed our stay at Kwa Maritane.

All aspects during our stay at the Kwa Maritane Loge were excellent except that the staff allowed certain
unruly behaviour in the dining room to the extent that our own
enjoyment of dinner was compromised. The people behaving badly were a large group from Australasia. They
even brought their radio to the dining location and played loud
music,shouting and laughing at the top of their voices while other guests just had to suffer or make a complaint, which is not something that one wants to do.