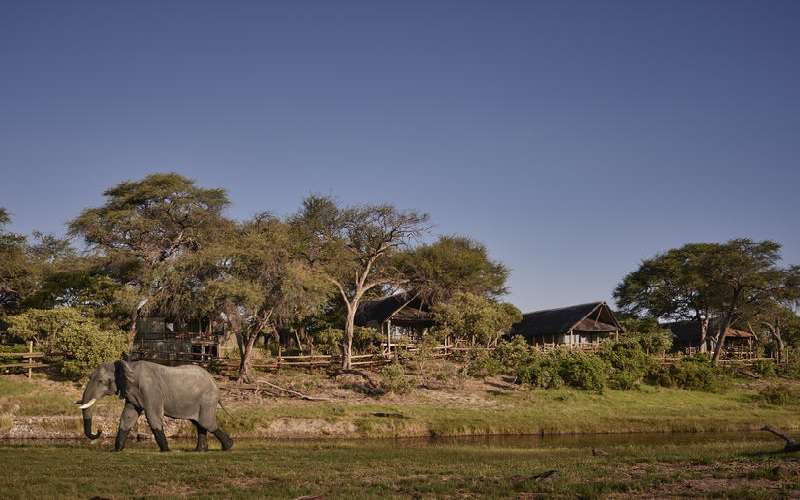 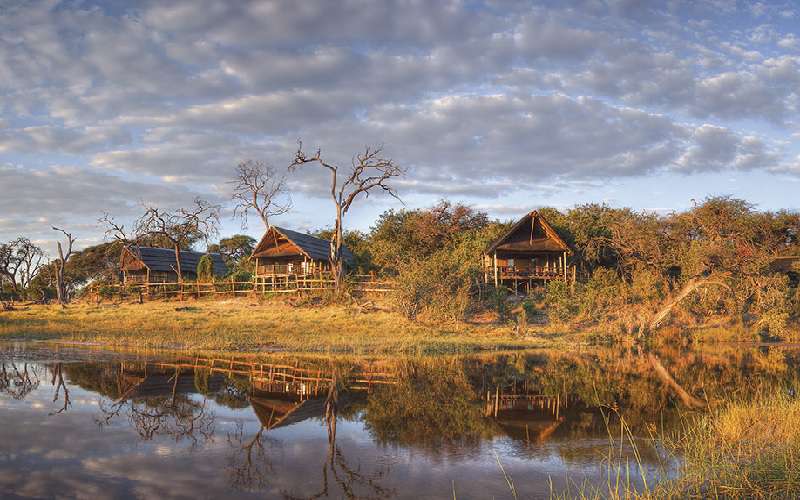 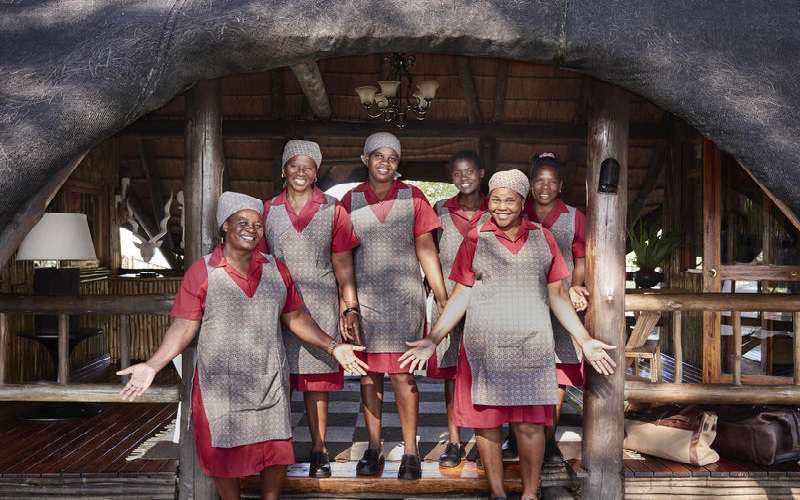 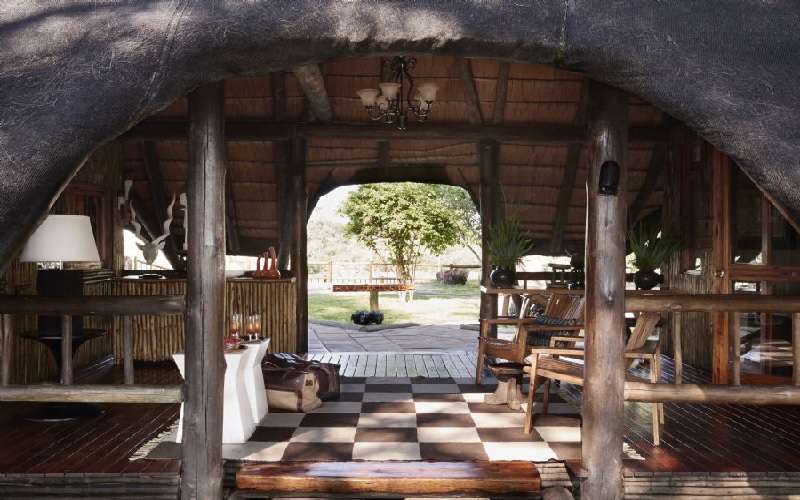 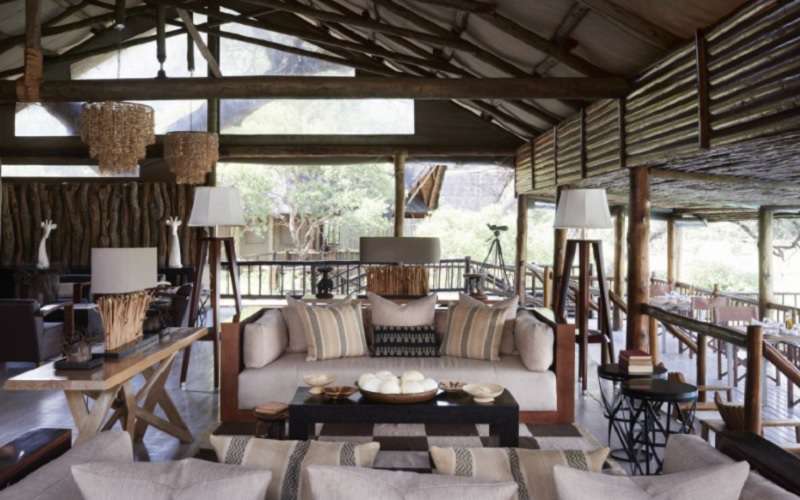 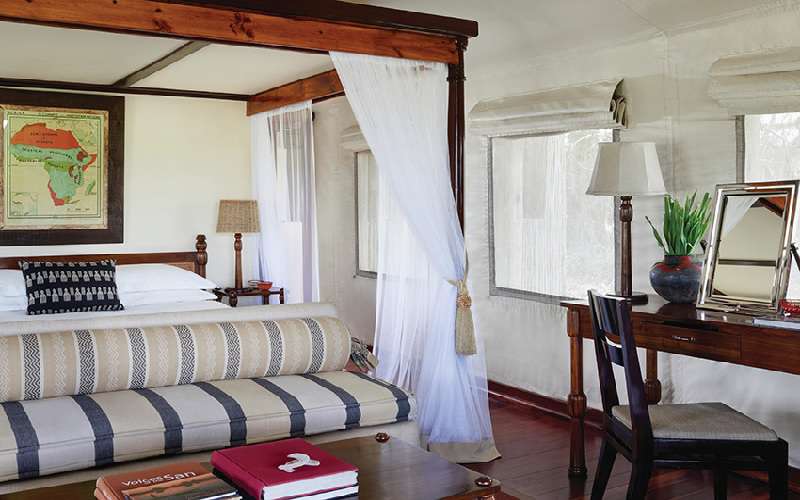 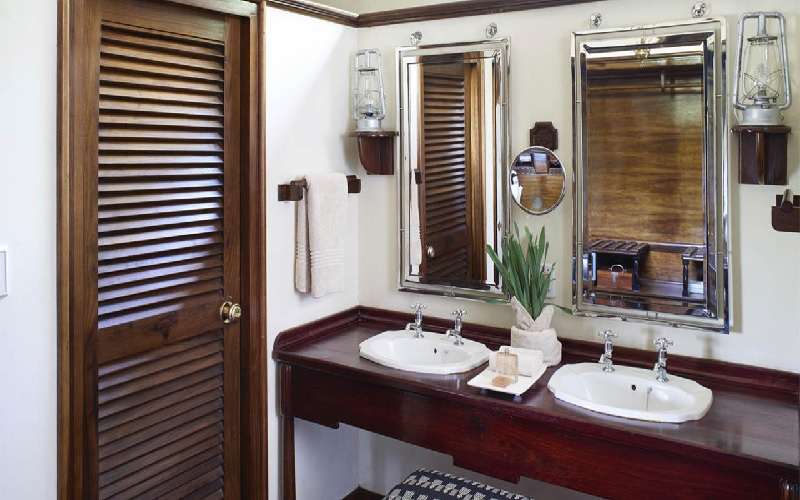 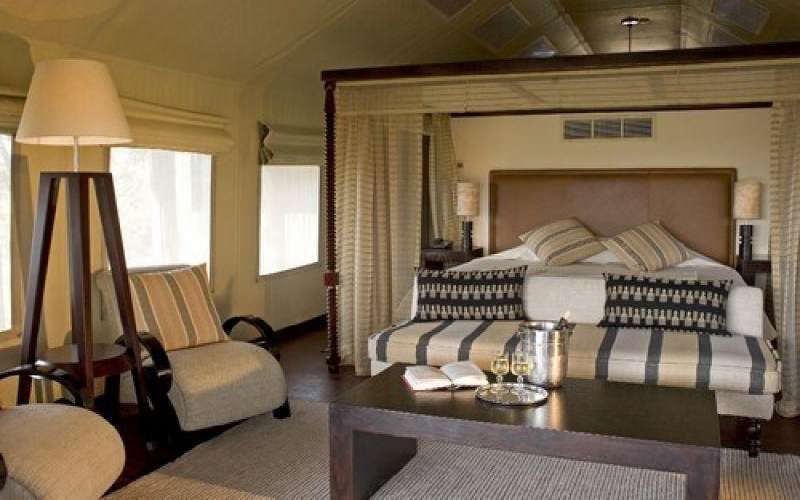 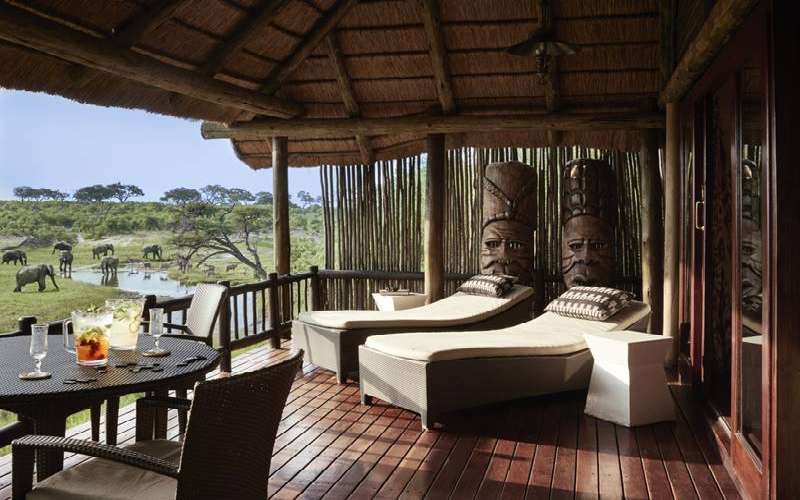 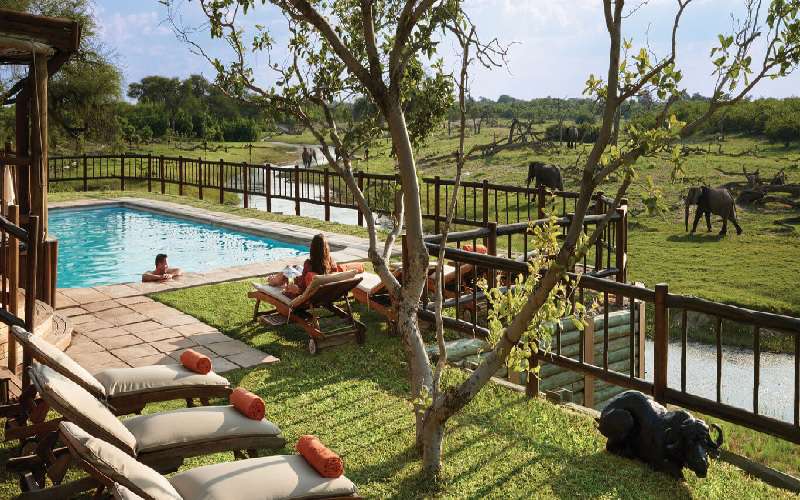 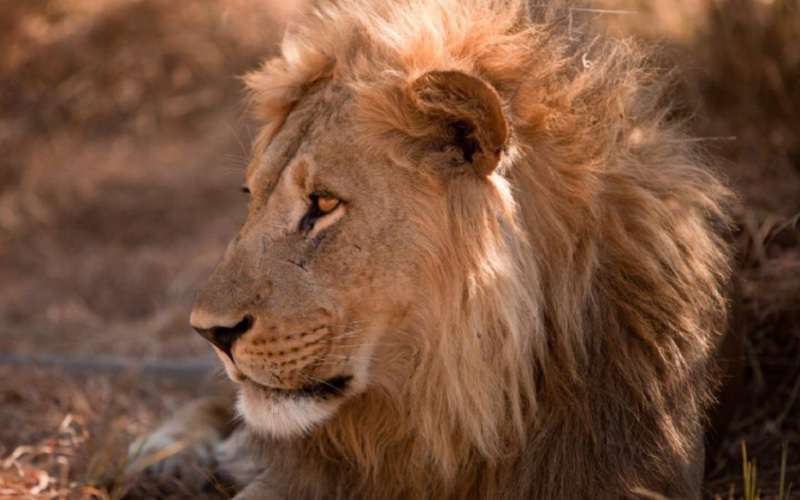 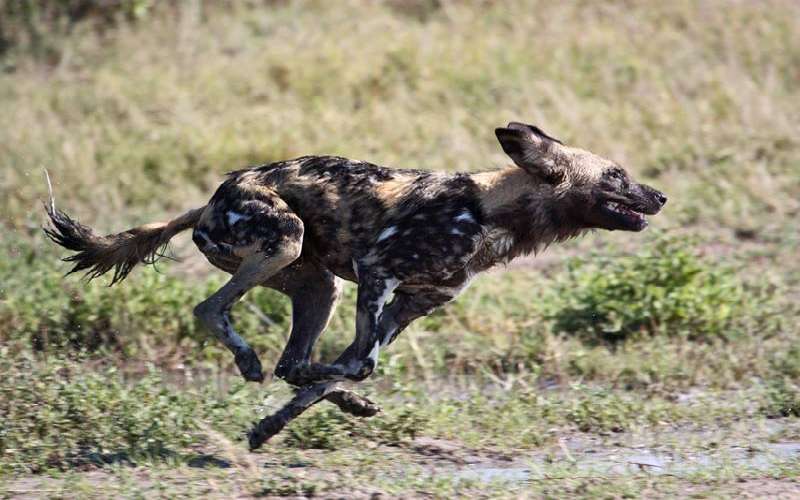 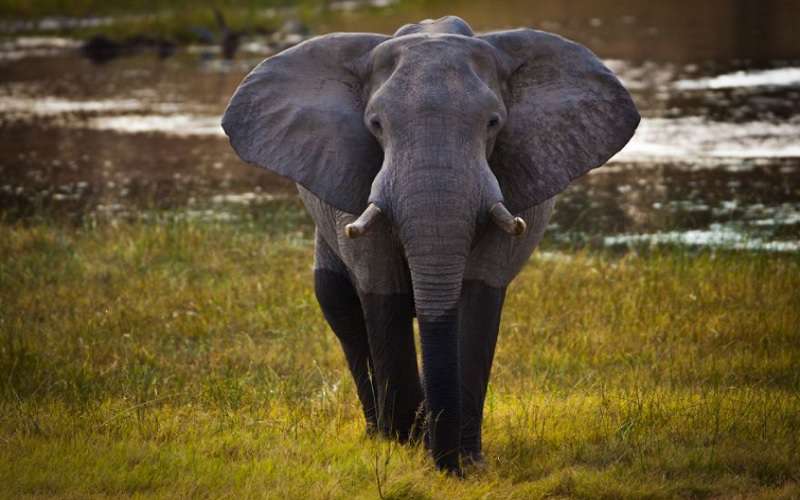 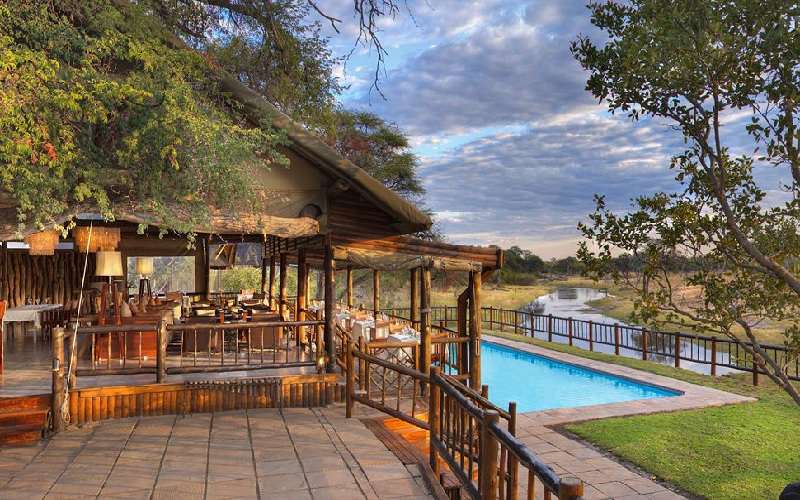 The magnificent Belmond Savute Elephant Lodge in the Chobe National Park in Northern Botswana is known for its elephants which can be observed roaming its plains.

The Savute Elephant Camp features a traditional boma, where guests are invited to relax in the evening and exchange safari experiences while marvelling over the stars in the vast African night sky.

The Savute Elephant Lodge comfortable tents offer sliding glass doors which allow guests to observe the abundant wildlife from the comfort of their luxury tent.

Visitors may step outside onto their sizeable private deck which has comfortable chairs and a hammock. Savute's luxury tents stand by a traditional African thatch roof. Luxuriously decorated, these tents include en-suite bathrooms, private fully stocked minibars, four-poster beds complete with mosquito netting, as well as air conditioning. The 12 twin-bedded luxury canvas tents are ideally suited to the desert air and feature lavishly appointed en-suite bathrooms and dressing areas.

The summer rains in Botswana bring a feast for the lion; hyena and cheetah as thousands of migrating zebra and wildebeest come to the Savuti Marsh. Spectacular Cape buffalo herds arrive, and migrant birds swell Savute's 300 resident species, thrilling bird-watchers with their dramatic antics.

Belmond Savute Elephant Lodge is in the scenic, and animal-rich Chobe Park in Botswana is well known for vast herds of Elephants. With over 50,000, it is the most important elephant herd in Africa. The elephants are formed of the species called Kalahari Elephants which are characterized by their larger than average size but comparatively small tusks.

Belmond perfectly adapted to the environment, the baobab trees in the Chobe National Park have large trunks which hold vast quantities of water. This allows them to survive the region's harsh droughts. These magnificent trees of the bush are reputed to be thousands of years old and can reach heights of up to thirty meters.

The Baobab tree of Savute are an integral part of the ecosystem and is often home to a wide range of animals, ranging from small creatures to large mammals. The trees produce a pale white flower which opens in the dead of night; the fruit can grow to a foot long and is rich in tartaric acid and vitamin C.

Amenities in the tents:

The contact numbers to make a reservation at Belmond Savute Elephant Lodge are:

Where about is Belmond Savute Elephant Lodge located?