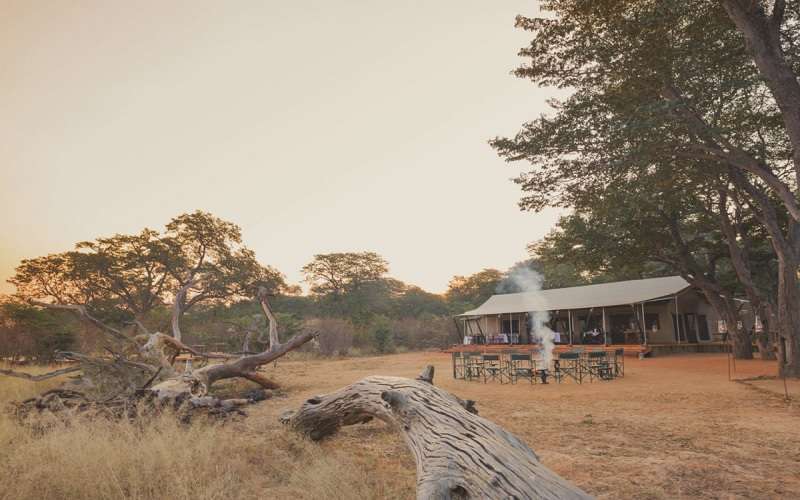 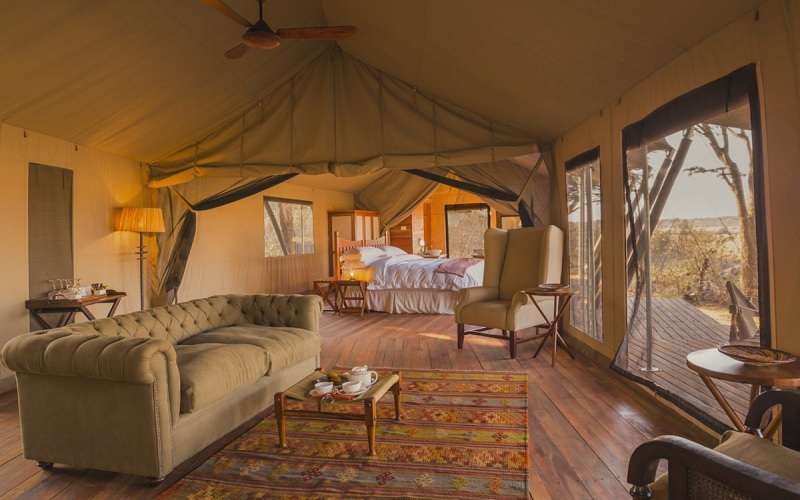 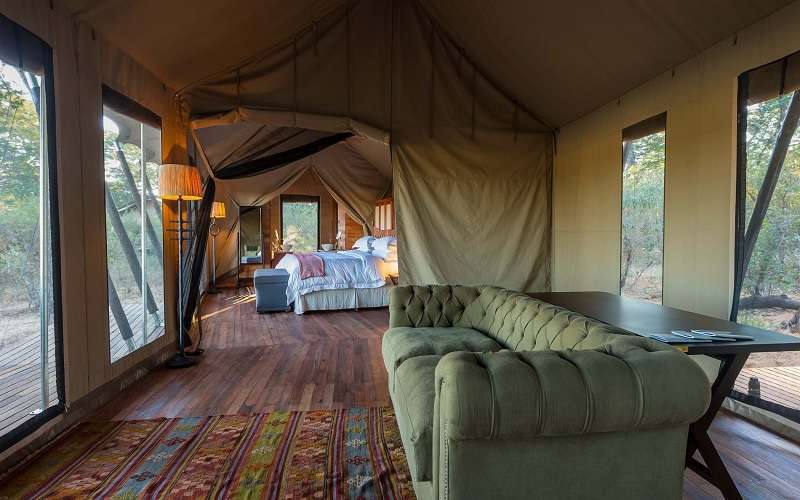 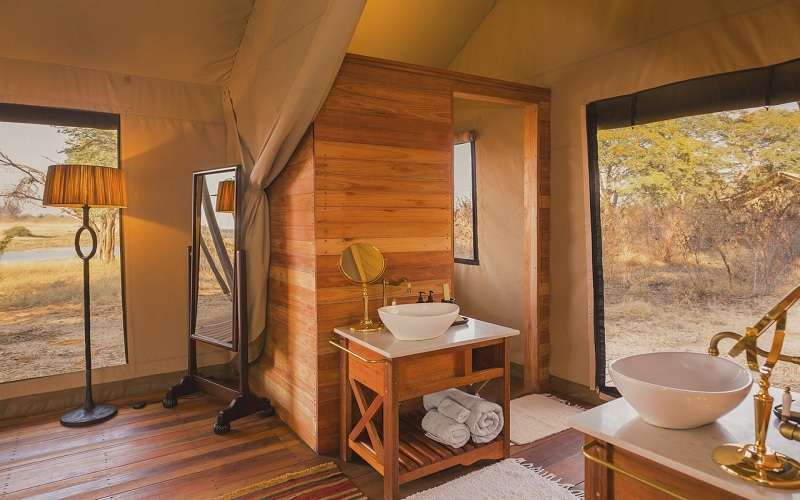 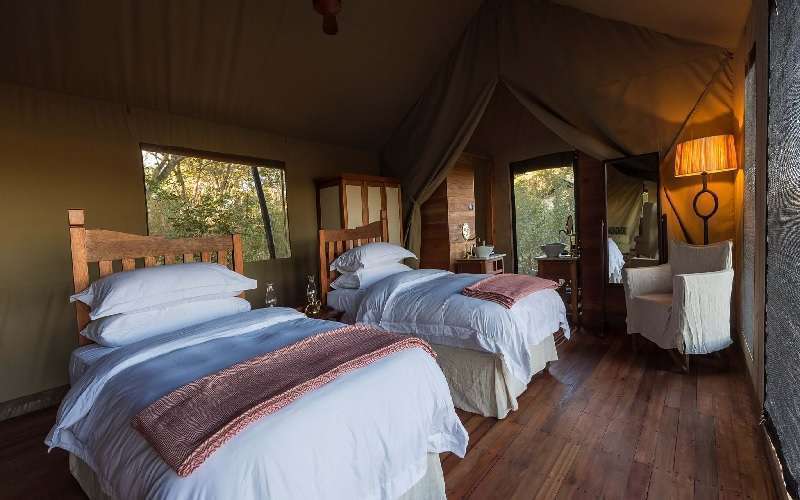 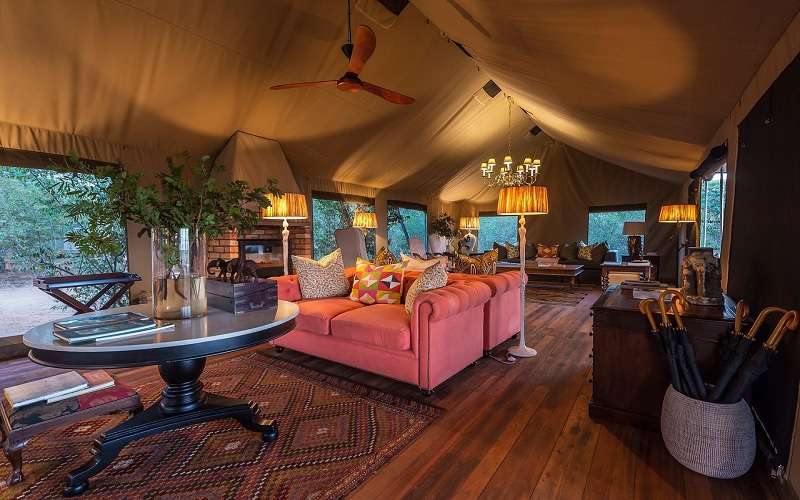 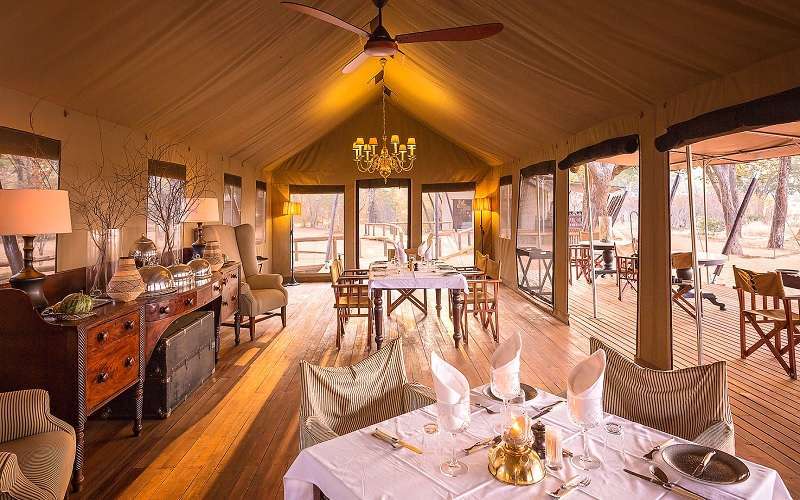 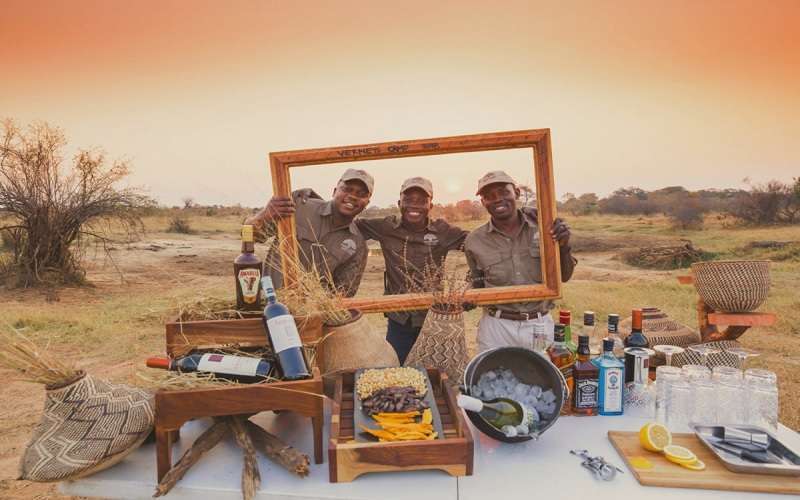 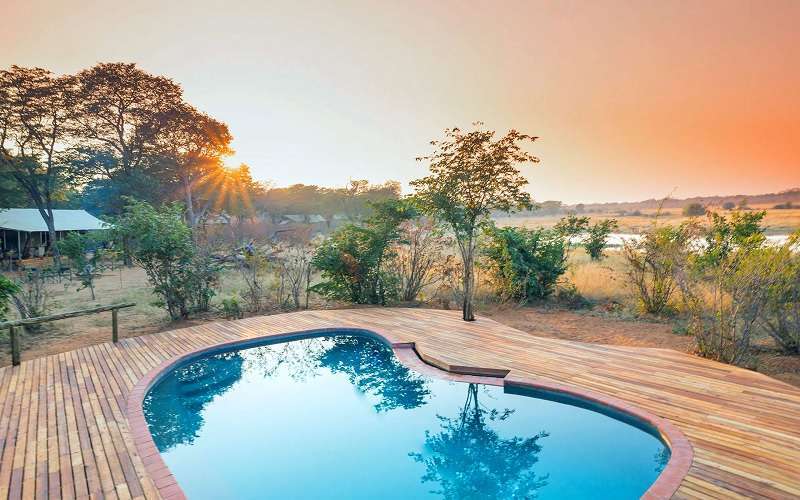 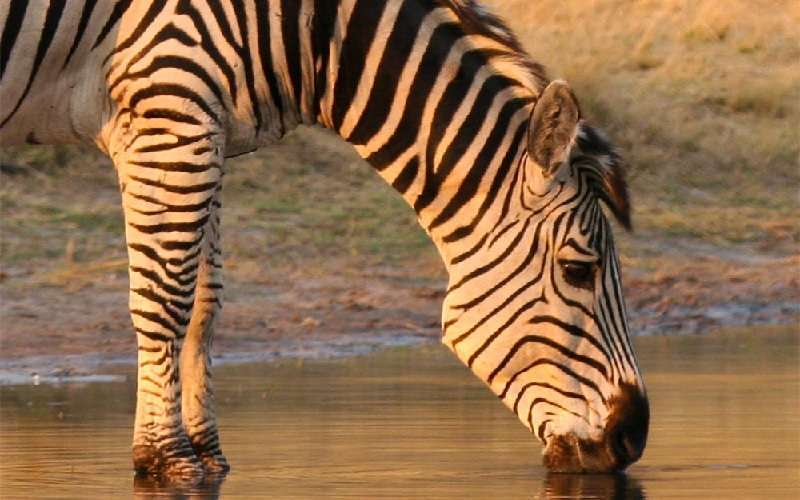 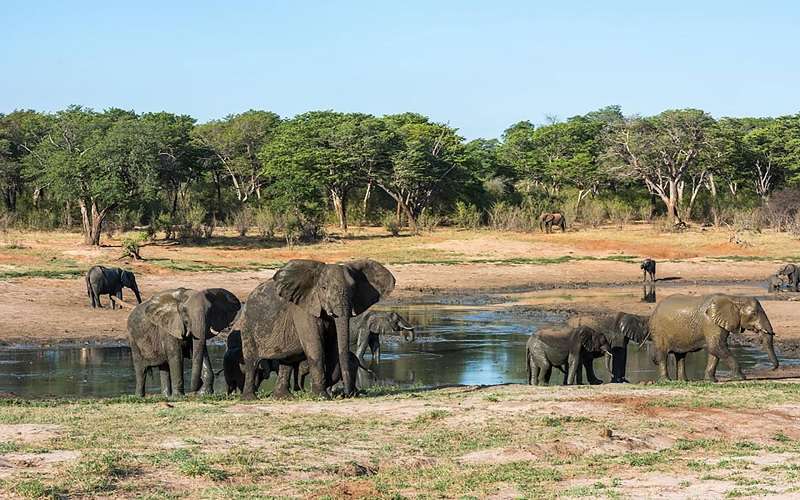 Located in an amphitheatre surrounded by grasses and the teak forest opening up onto a regularly visited waterhole, where the playful elephant herds of Hwange enjoy splashing each other.

The camp was built in early 2018 in the unspoilt wilderness of the park. Usually accessed via a road transfer of under than three hours from Victoria Falls Airport.

The accommodation at camp consists of ten safari tents, nestled into the tree line, a reasonable distance from each other giving plenty of privacy. Eight double or twin rooms alongside two family rooms. All comfortably furnished, including en-suite bathrooms with flush toilet, twin washbasins and a shower. Each tent boasts stunning views of the adjacent waterhole!

Guests can mainly look forward to seeing the Hwange elephant herds quenching their thirst and playing in the muddy embankments, as well as several other animals who use the water for drinking.

Verney’s Camps offer both safari drives and walking safaris each giving you the opportunity to experience Africa up-close! As the Zimbabwe camp is in a private reserve, safari drives can be taken both during the day and in the evenings. Sunset drives allow for the enjoyment of viewing the many nocturnal creatures not often seen by the public.

The park has over a hundred mammals including the Hwange elephants, the park’s leopard, cheetah, buffalo, lion, black and white rhino, baboon, giraffe, hyena, jackal, and several hundred species of insects and bird life who make this reserve home! Goliath heron and greater flamingo are regular visitors to the area. The ten-thousand hectares available certainly give plenty of space to explore this incredible African reserve!

The contact numbers to make a reservation at Verneys Camp are:

Where about is Verneys Camp located?