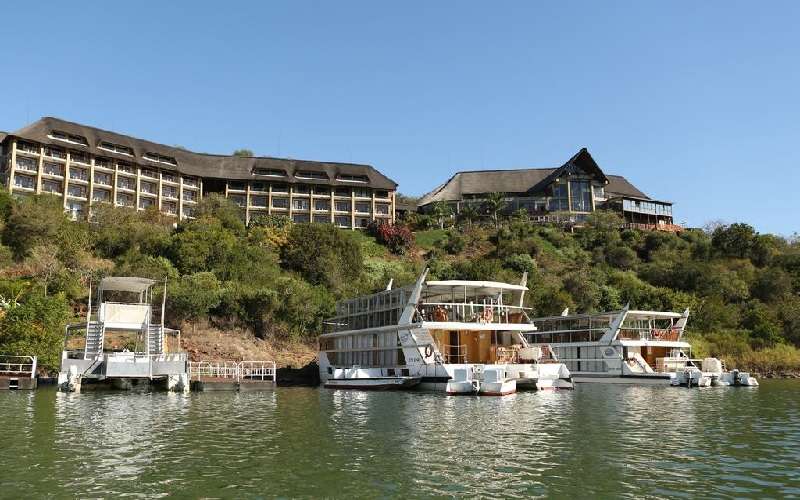 ★ ★ ★ ★
6 Reviews
Jozini Tiger Lodge and Spa is ideal for both leisure and corporate guests looking for a hotel with excellent service, facilities and ambience. The Jozini lodge is on the banks of beautiful
TODAY'S RATER1,920 BOOK
ADDRESS: 1 Main Road, Jozini, 3969

Jozini Dam is known as a prime fishing destination with a vibrant population of sizeable tiger fish. The dam is also home to some wild animals, making for water safaris.

Jozini Dam is the third largest dam in South Africa, covering an area of 16 000 hectares.

Lake Jozini is located in a thin valley of the Lebombo Mountain Range in Northern Kwa Zulu Natal in South Africa. The lake was originally dammed in 1972 as a reservoir for irrigation needed for the crops that are farmed in this region of South Africa. However, Lake Jozini quickly became a popular fishing destination. Until 1983 the Jozini Dam remained below 12% in water levels however when the Demonia cyclone floods hit the area, it filled within three days. The Lake Jozini dam wall stands at 89 metres high and measures 515 metres long.

This great expanse of water is not only home to tiger fish but also to crocodiles, hippos, elephants, buffalo, zebra, giraffe, kudu, aquatic birds and an abundance of fish life including species such as catfish, yellow fish, barbel, carp and tilapia. In October every year, the famous Tiger Fishing Tournament is held.

As the N2 passes within easy reach of Lake Jozini, the area is easy to reach and makes for the ideal stopover on route to the variety of excellent game reserves and beaches in the vicinity.

At the northern end of the lake, the Pongola River flows into the Jozini Dam. Jozini Dam's fish populations are extremely well established with tigerfish weighing between 5 and 10 kilograms being regularly caught.