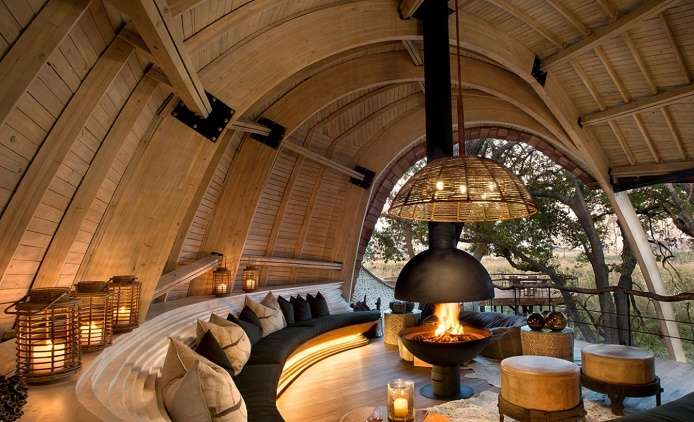 ★ ★ ★ ★ ★
6 Reviews
When booking the andBeyond Safari Botswana Long Stay Offer save up to 20% per person per night with longer than 3 night stays at a combination of selected &Beyond lodges and camps in
BOOK
ADDRESS: Okavango Safaris, Okavango Delta Safaris, Botswana 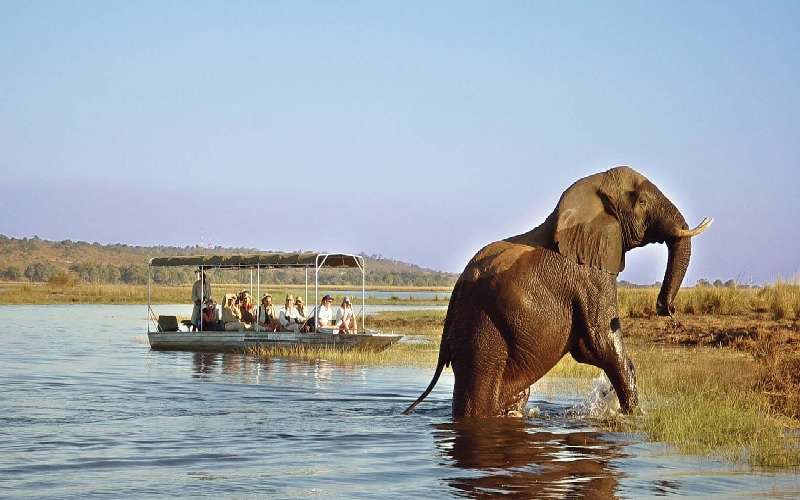 ★ ★ ★ ★
5 Reviews
The Botswana Safari tour provides travellers with great insight into this beautiful country which is full of contrasts. Enjoy the thrill of an adventurous night safari drive at Khwai River
BOOK
ADDRESS: Maun, 2132 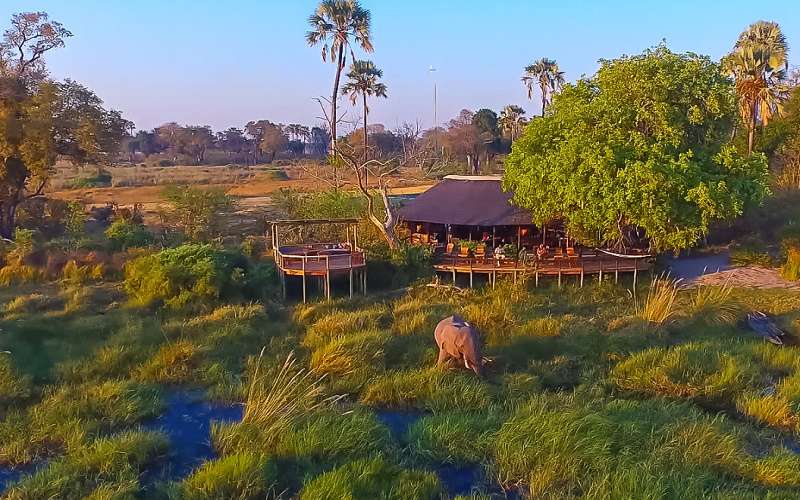 ★ ★ ★ ★
5 Reviews
Upon arrival in Maun, for your Botswana 4 Night Safari, you will be met by a representative of Delta Air who will assist you in the aircraft and onward air transfer to the Deception Valley
BOOK
ADDRESS: Maun, Maun 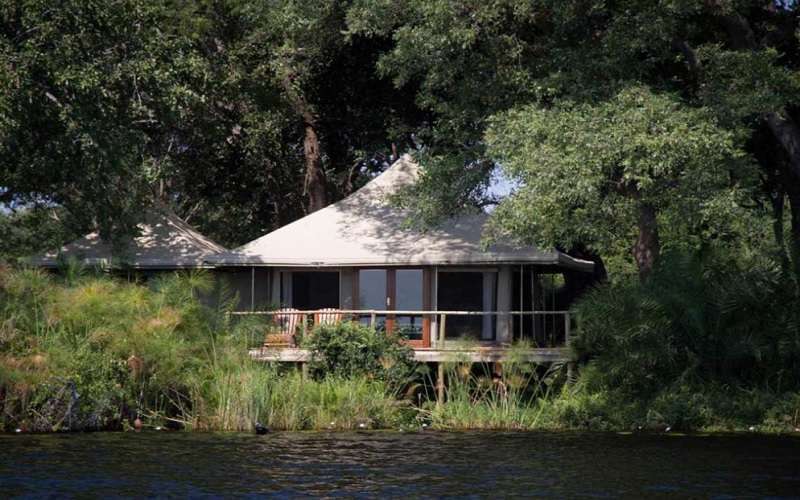 ★ ★ ★ ★
5 Reviews
The Mopiri Camp located on the North-West side of the Okavango Delta in Botswana, positioned on the banks of the river offering a perfect water-side African Safari camp experience.
BOOK
ADDRESS: Okavango Safaris, Okavango Delta Safaris, Botswana 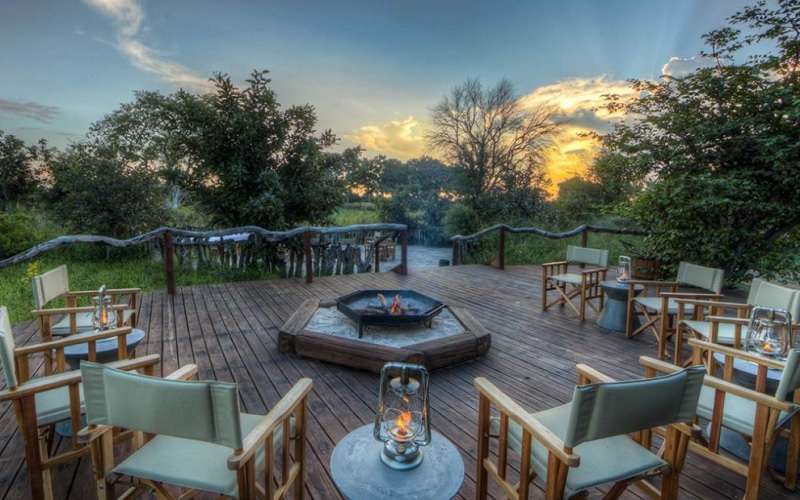 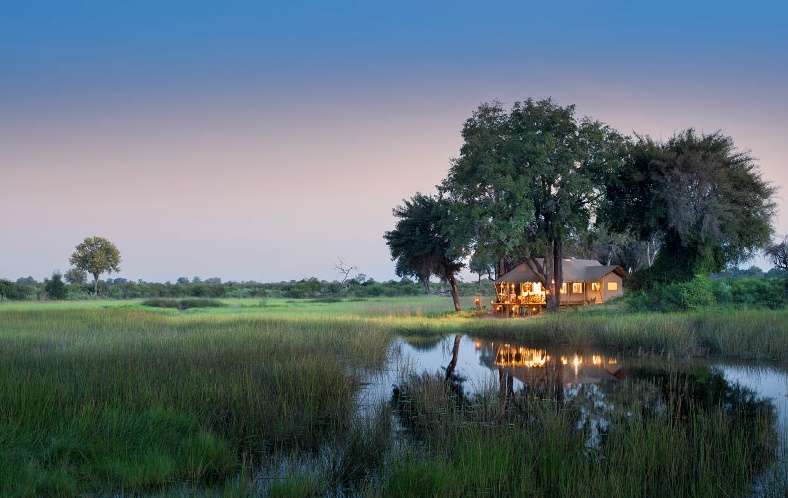 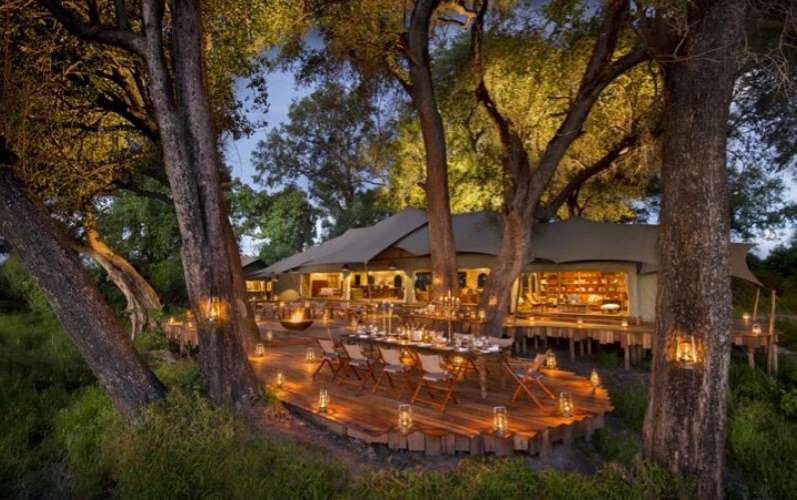 ★ ★ ★ ★
6 Reviews
Experience Botswana rich wildlife regions during a stay in the Okavango Delta at the Duba Plains Camp followed by enjoying the luxury of the Zarafa Camp which nestles in the Selinda Reserve. 7
BOOK
ADDRESS: Okavango Delta 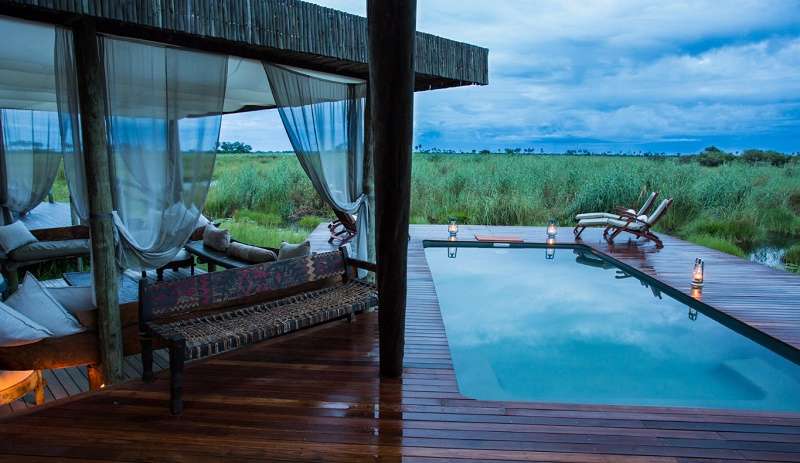 ★ ★ ★ ★
6 Reviews
A family safari in Botswana offers a unique opportunity for parents and their children to share extraordinary memories of the best wildlife experiences. Children may join the Young Explorers
BOOK
ADDRESS: Okavango Delta

Created by seasonal flooding. The river drains the summer rainfall from the highlands, and the surge flows for kilometres. The waters then spread over the region of the delta in over the next four months (March-June). The high temperature of the delta causes rapid transpiration and evaporation of the water, resulting in a cycle of rising & falling water heights. The flood peaks between June & August, dry winter months, the delta swells to three times its normal size, attracting animals from miles around and creating one of Africa’s greatest concentrations of wildlife.

The area is very flat, with less than 2 metres variation in height across its 15,010 km². Every year about 11 cubic kilometres of water flows into the area. About 60% of this water is consumed through transpiration by plants, 36% by evaporation, 2% percolates into the aquifer system while 2% flows into the lake. This turgid outflow means that the Okavango Delta is unable to flush out the minerals and will become increasingly salty and uninhabitable over time.  This effect is reduced by low salt content which collects around the roots of plants. The low salinity of the water means that the floods do not significantly enrich the floodplain with nutrients.

The agglomeration of salt around plant roots in the Okavango Delta results in many of the thousands of islands having barren white patches in their centre as they are too salty for plants, aside from odd palm tree.

Trees and grasses grow in the sand near the edges of the islands of the Okavango Delta that has yet to become too salty.  About 70% of the islands began as termite mounds where a tree then takes root on the mound of earth.

Chief’s Island is the largest island in the Okavango Delta.  Chief's Island was formed by a fault line which uplifted an area over 72 km long and 16 km wide. Historically an elite hunting area for the chief and now the area for much of the resident wildlife when the waters rise.

The delta is a permanent & seasonal home to a wide variety of wildlife.  Animal species which can be found here:

The majority of the large mammals in and around the Okavango Delta are not year-round residents. They leave with the summer rains then make their way back as winter approaches. Large herds of buffalo and elephant total about 31,010 of them. The most populous large mammal is the lechwe antelope, with more than 61,000 of them. The Lechwe is a little bigger than an Impala and has a water-repellent substance on their legs which enables rapid movement through knee deep water. The Lechwe antelope graze on aquatic plants and, like Waterbuck, take to water when threatened by predators.